Zoe Nelson: The (im)possibility of fully inhabiting my own fluidly gendered body 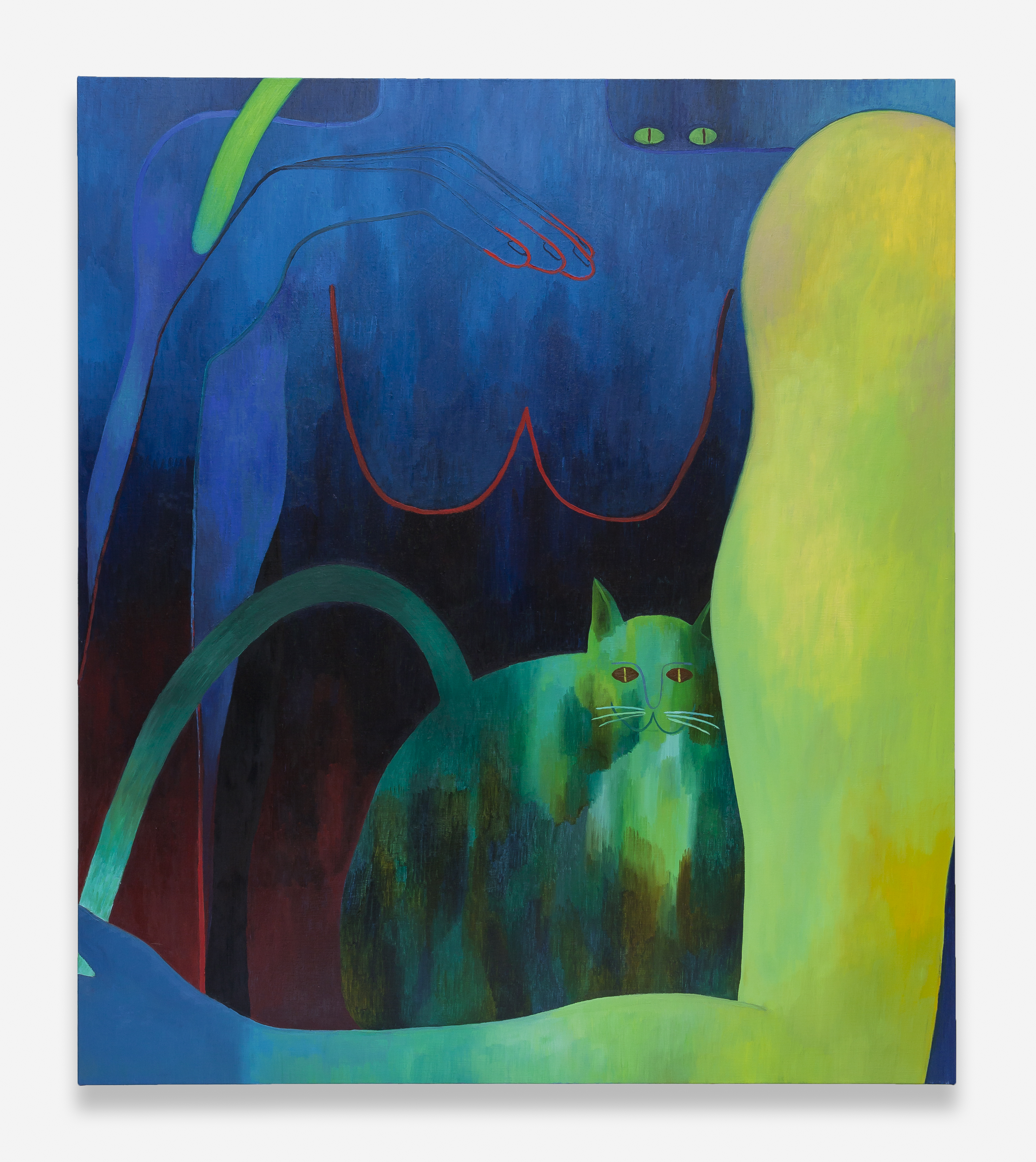 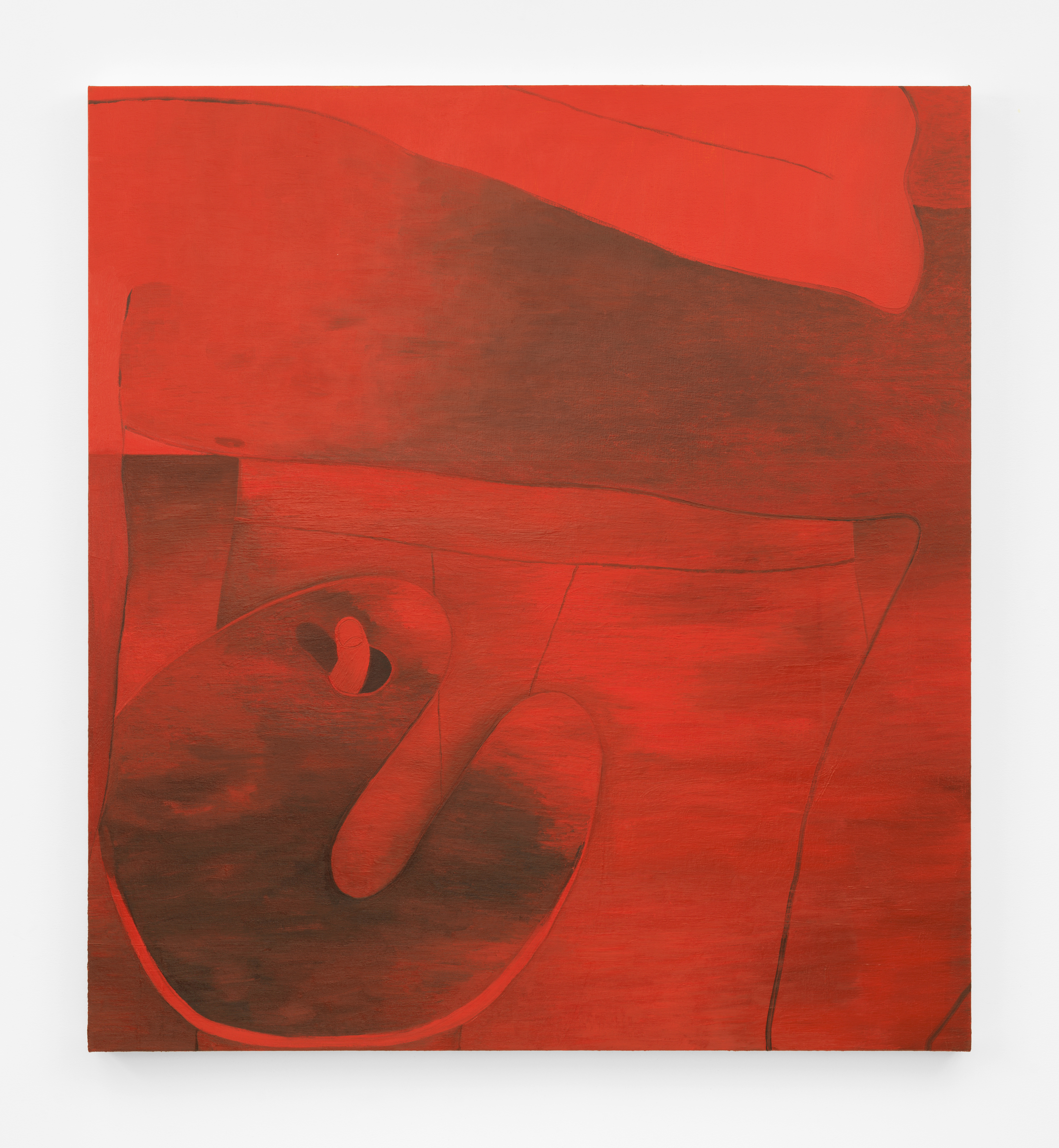 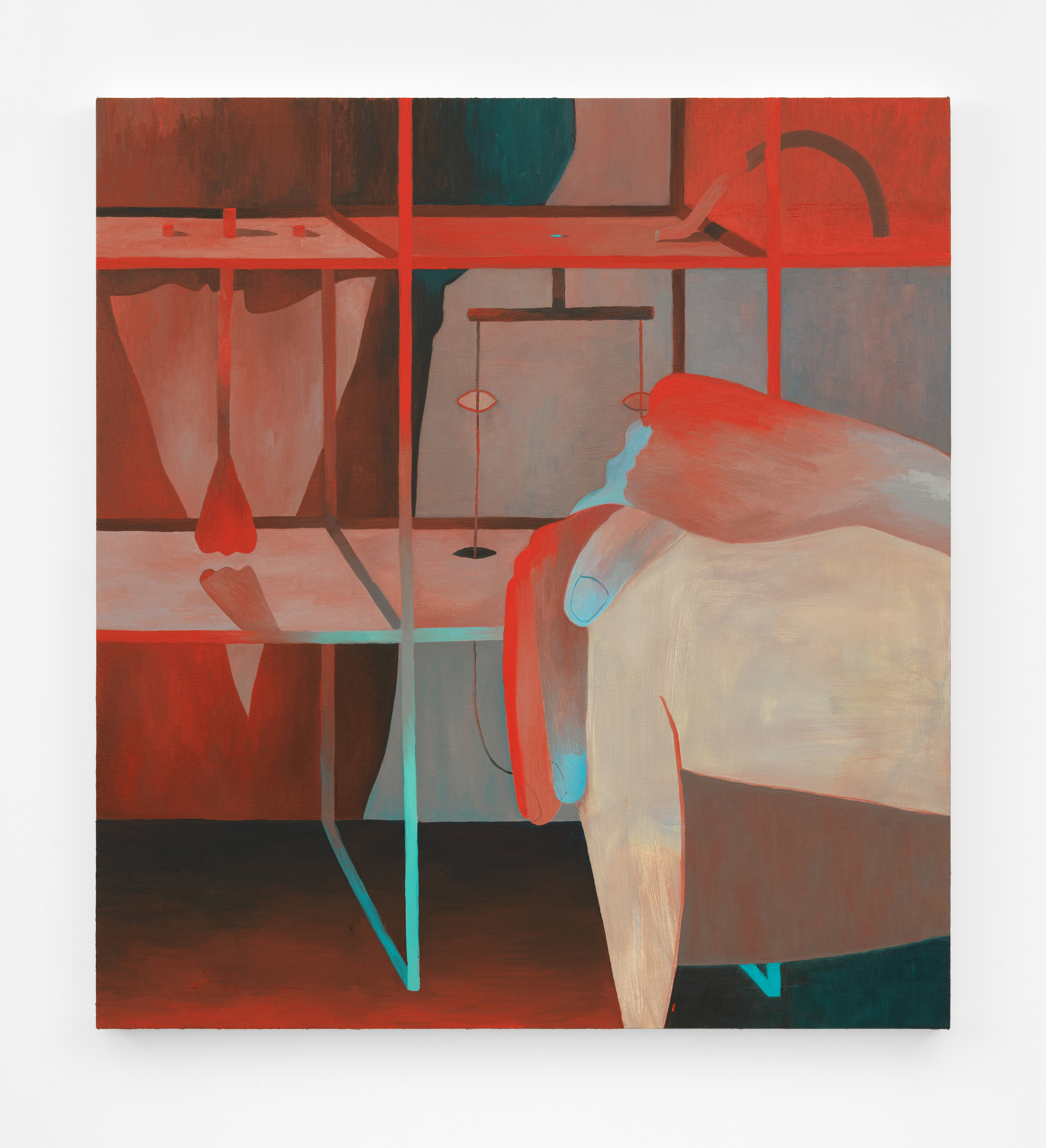 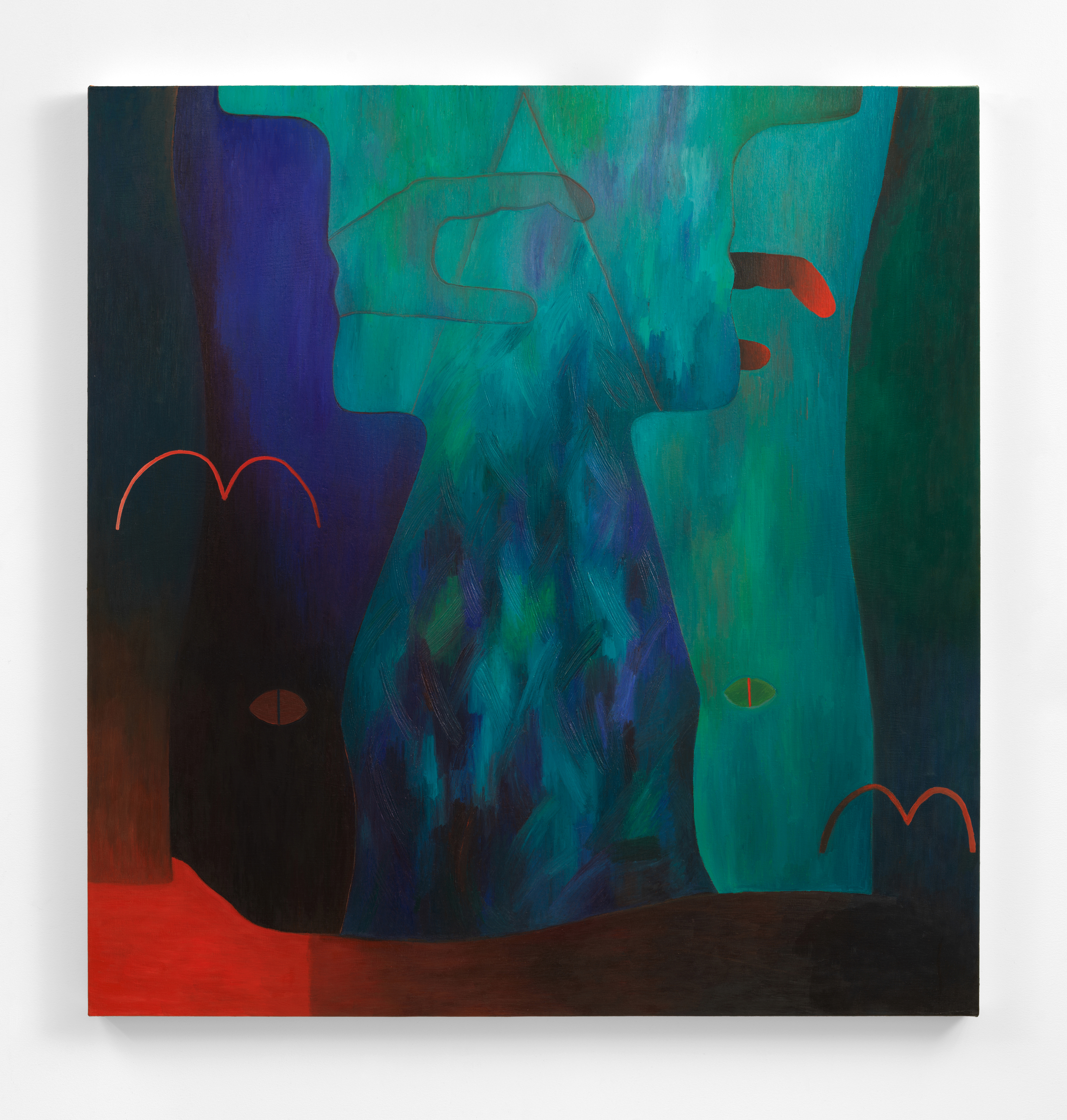 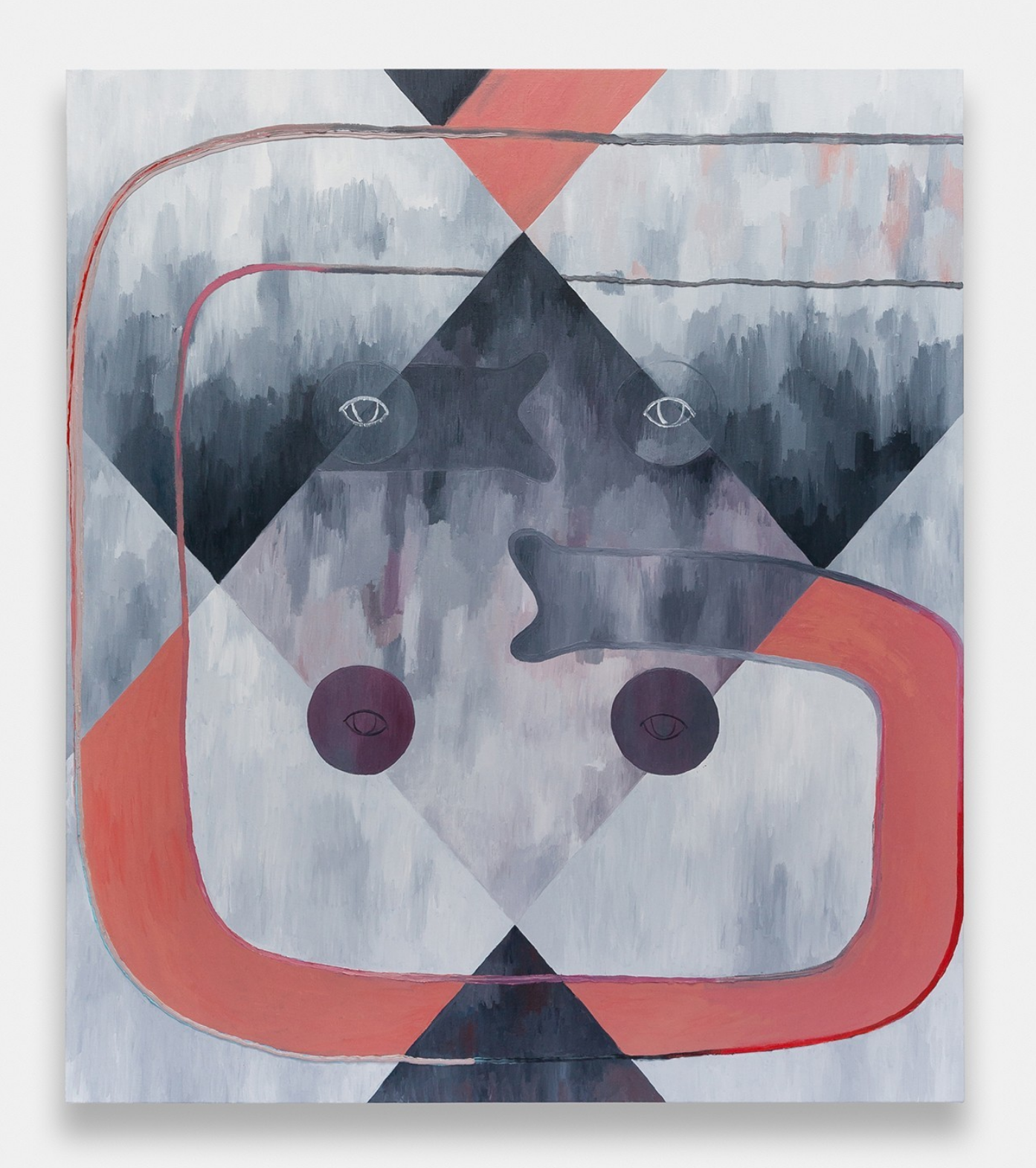 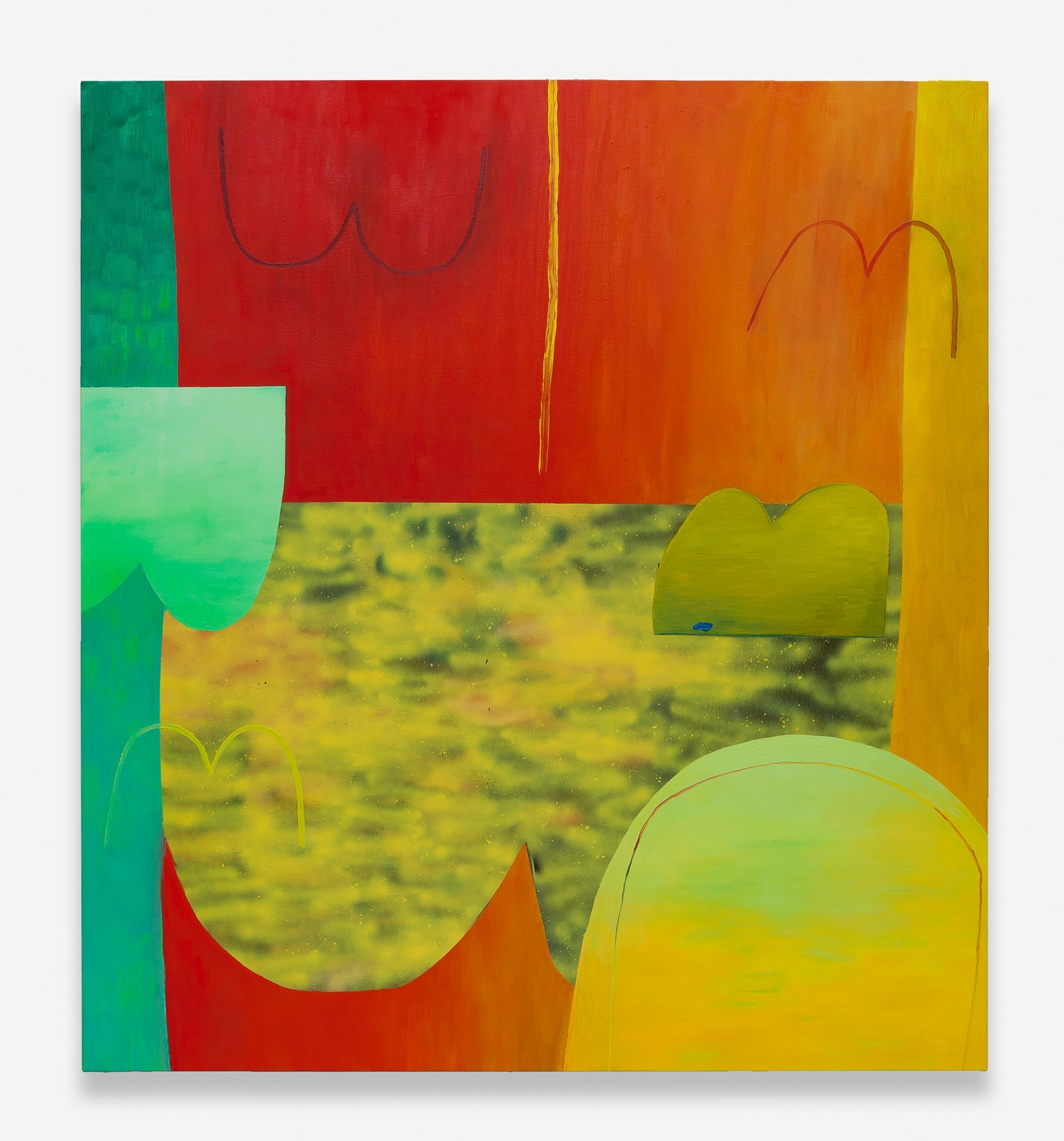 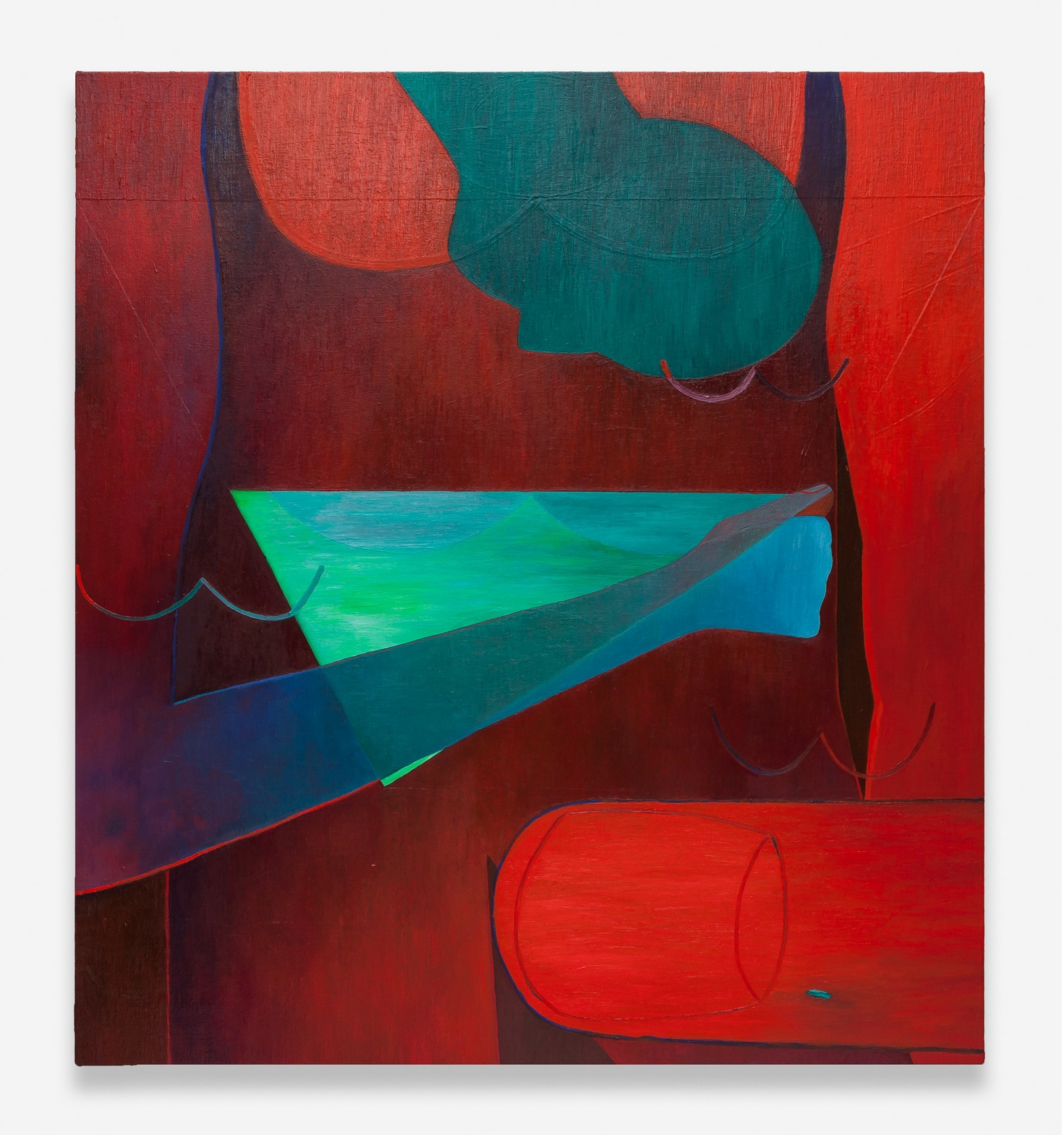 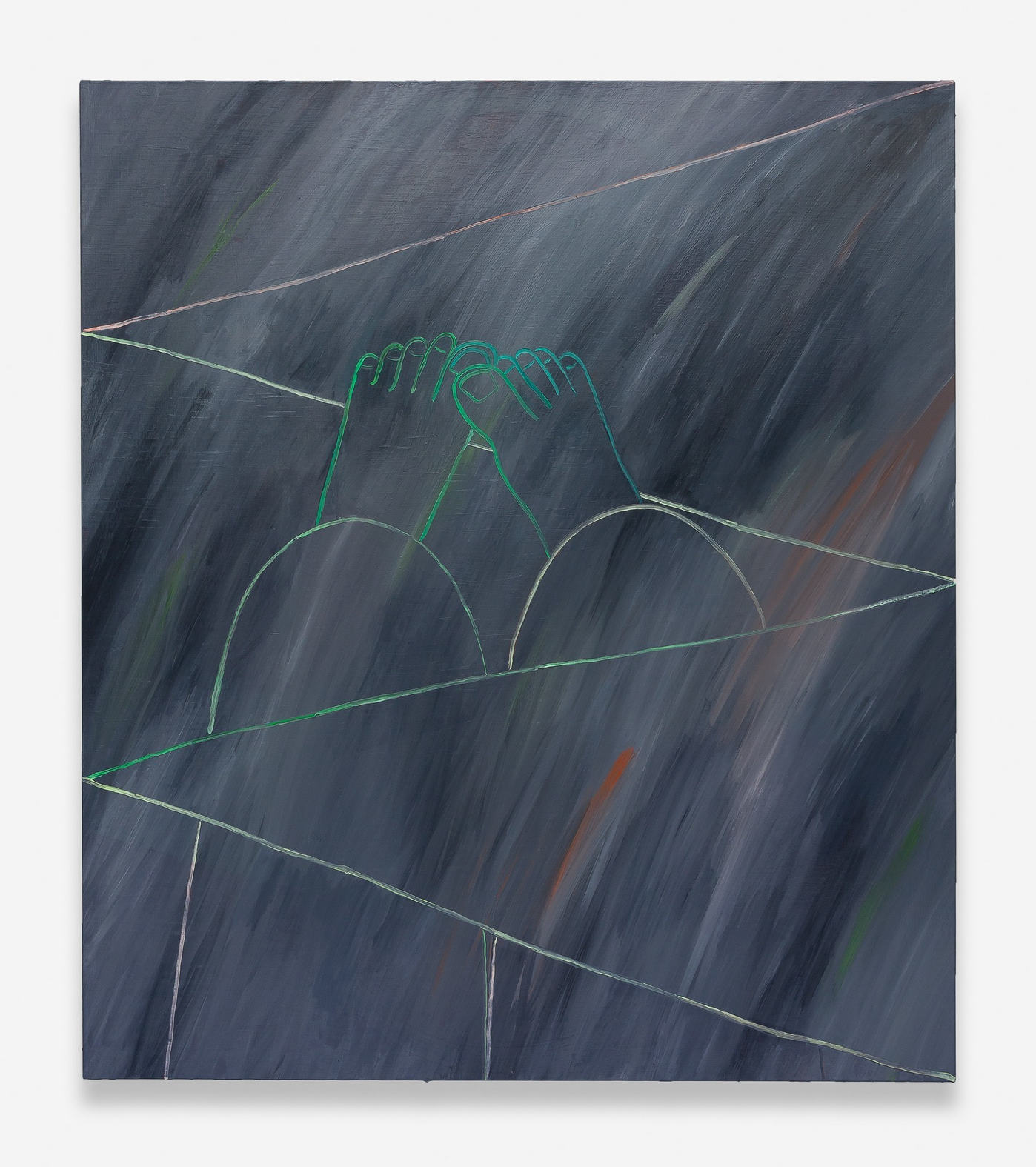 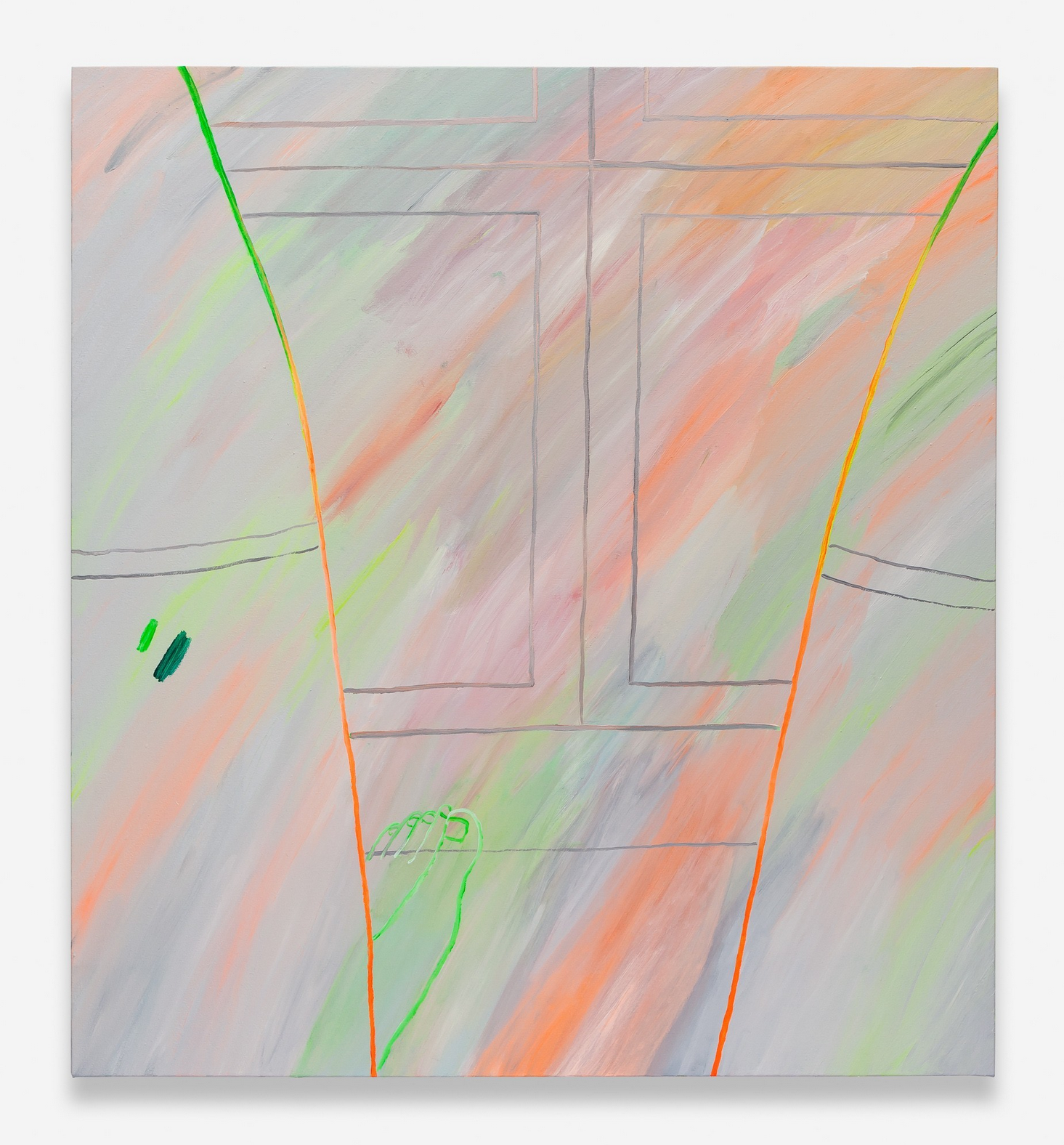 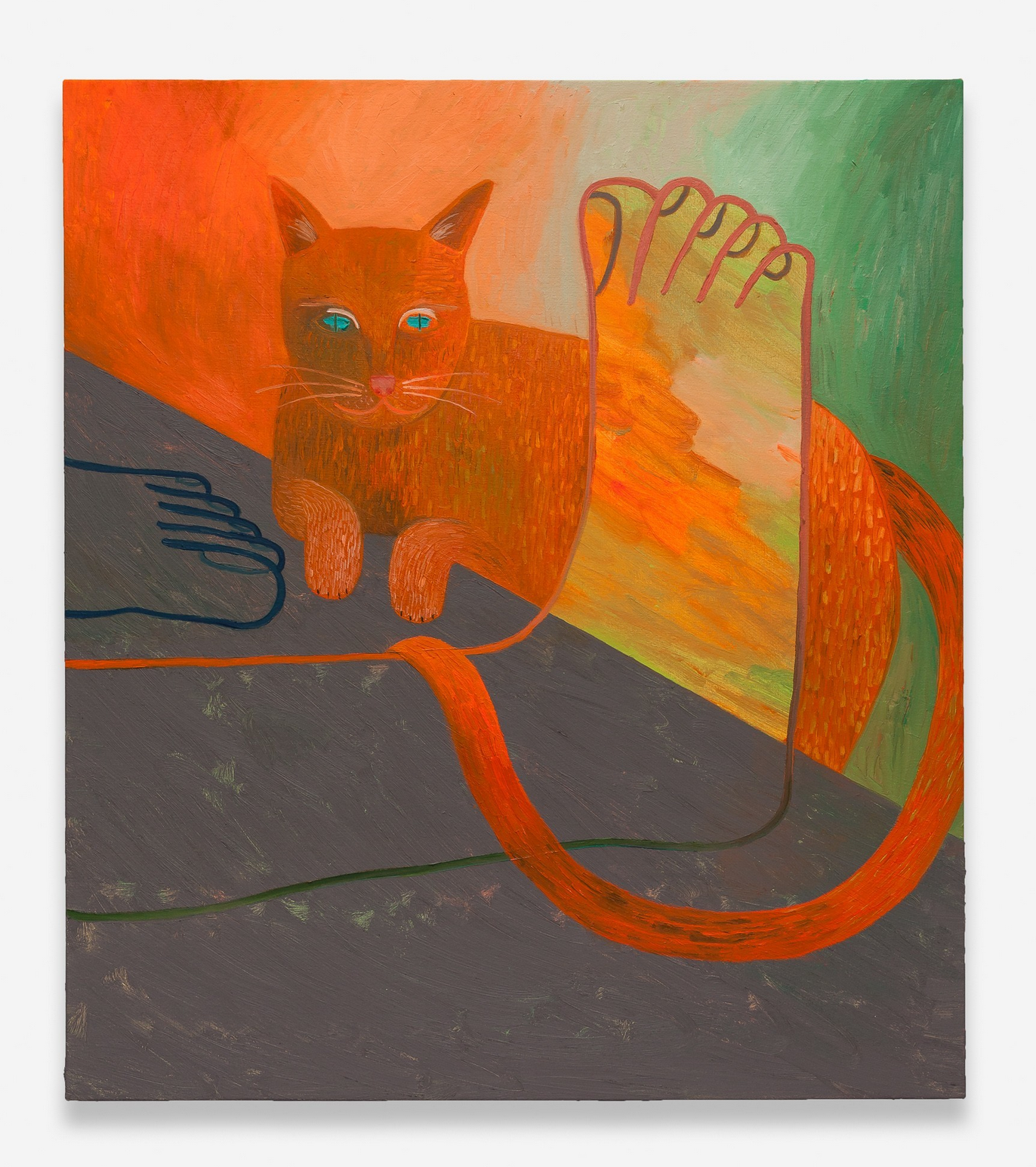 The paintings of Zoe Nelson contain a curious collection of objects—fragments and pieces that evoke a sentiment of wonder and intrigue. Saturated hues seem to glow from the surface, each object emanating bright and brilliant reds, greens, and blues, creating a stunning contrast that is just as visually striking as the contents of the painting. The lush, richness of the color in Nelson’s work is incredibly alluring, as it captivates and takes hold long enough for the viewer to get lost in its subjects—to get lost in an unknown reality.

As the figure often appears in the artist’s compositions, Nelson investigates notions of the gendered body as well as their own fluidity within it. Their experience within their own embodiment is explored within their work, within the fragmented figures in their paintings. Nelson earned an MFA from Colombia University in NYC, where they currently live and work. Join us as we discuss with the artist their recent series “Body Building”, process forming their unique symbolic language, and the state of being lost and found over and over again.

AMM: Let’s start at the beginning of your career as an artist. Your paintings feature such brilliant hues and color combinations. Do you create any color studies for your work? Where did you learn your incredible skill in painting?

ZN: For as long as I can remember, I have experienced the world through a visceral relationship to color. As a young child, one of my earliest memories is of going to the hardware store in Rhinebeck, NY, where I grew up. The hardware store was in the basement of a historic building, and I would run over to the paint section to grab as many paint strip samples as I could, until someone would stop me or my parents were done shopping. Back at home, I would spend hours arranging and rearranging groups of paint strips, combining different color clusters. Each pair or group would elicit a specific psycho-emotional response for me, and I would play-out dramas through clusters of color. Themes of desire, belonging, difference, and loss were integral in these early color ‘games,’ and color relationships continue to carry strong emotional, physical, and psycho-sexual charges in my paintings today.

AMM: How do you start a painting? How much experimentation goes on before the final painting is created?

ZN: Before I start a painting, I usually map out a constellation of 5-6 reference points that are integral to the concept and timbre. Pencil sketches of objects, fragments of texts, a certain time of day, parts of an image, and specific ratios of color may form the basis of any given constellation. Charting a constellation is a sketching process for me, but rather than making a traditional sketch that would delineate how the various visual components fit together into a composition, I am interested in charting the psychological components, either in conflict or at play. This process of mapping is more a mapping around rather than a depiction of something. As I get further into a painting, I may return to my initial constellation of reference points if I start to feel lost, but I also allow the painting to take its own form.

The movement and distances between different points shifts over the course of a painting, and become just as important as the original points themselves. 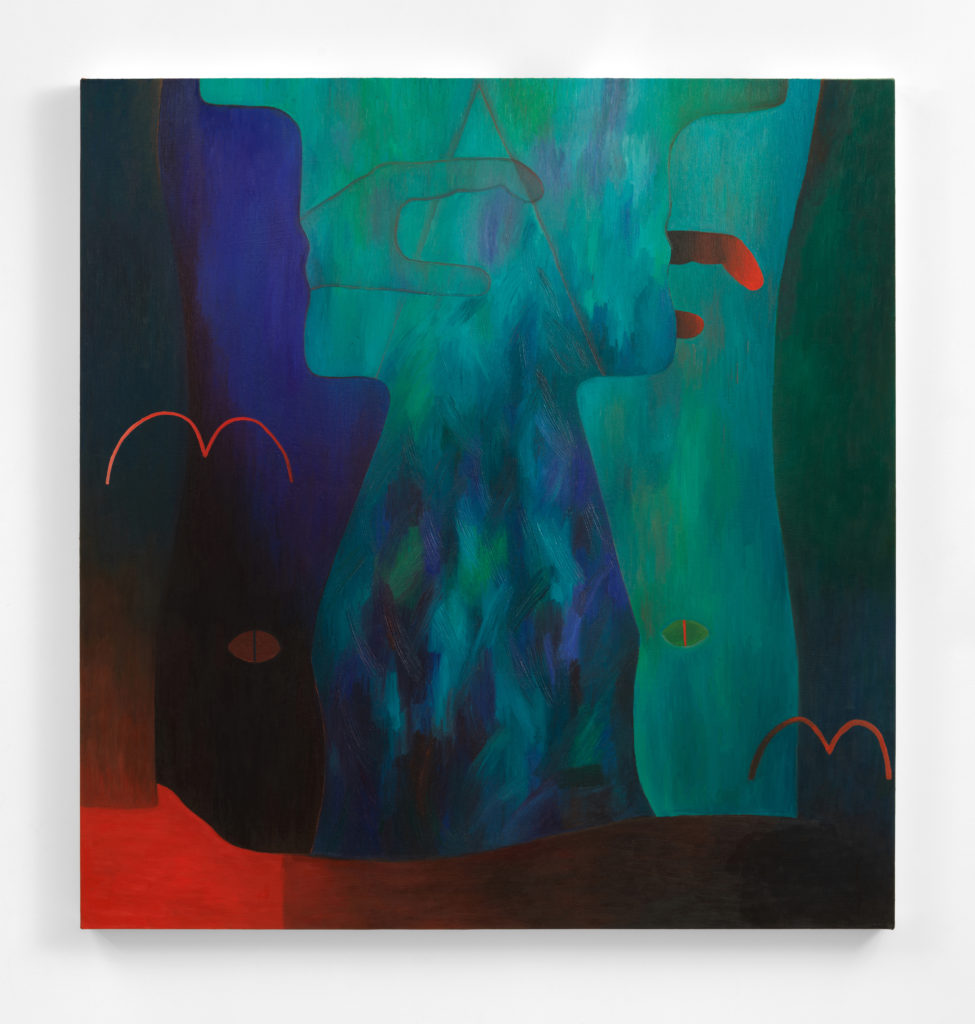 AMM: Tell us about your current body of work. What idea or concept are you exploring within the abstraction?

ZN: This past year, I have been working on a series of paintings about building bodies—or more specifically, about the (im)possibility of fully inhabiting my own fluidly gendered body; a body that exists outside of the constructed, normative, male/female binary. The series is titled, Body Building. Painting has such a rich (and problematic) history in relation to “the figure,” and I am invested in using figurative tropes and formal gestures to reconsider the contours of a gendered body as something that is malleable and fluid. In my paintings, to find oneself in a body is to be in a continual state of being lost and found again and again, both to oneself and to others.

Themes of desire, longing, and loss form the tone of this group of paintings. Much of the visual imagery is of simplified and fragmented body parts or symbolic forms, which connote a bodily movement or function. Lately, I have been very drawn to a palette of complementary colors. I use saturation to connote an intensity of feeling either towards, or within, an object.

AMM: Some of the shapes and design-like elements of your compositions seem to be influenced by modernist painter such as Joan Miro. Are there any artists or movements you find inspiration from?

ZN: I saw a wonderful retrospective of Joan Miro’s work at the Albertina Museum in Vienna in the winter of 2014, and really fell in love with the playful and loose quality of his work. A line might start as a simple line, then become an eye, then a fish, and then the negative space between two fish, before returning to a line again.

Three recent New York shows that I have continued to think about are: Charline Von Heyl’s stunning show at Petzel Gallery, in which each painting feels as if it has urgently come into being through a set of parameters that are specific yet unique; Amy Sillman’s “Mostly Drawing” show at Barbara Gladstone in which each drawing proposed a poetic non-linear relationship to time; and Liz Deschenes’ recent show at Miguel Abreu Gallery, which was not a painting show per say, but had so much to do with processes of loosing and finding parts of oneself, and embodied experience. 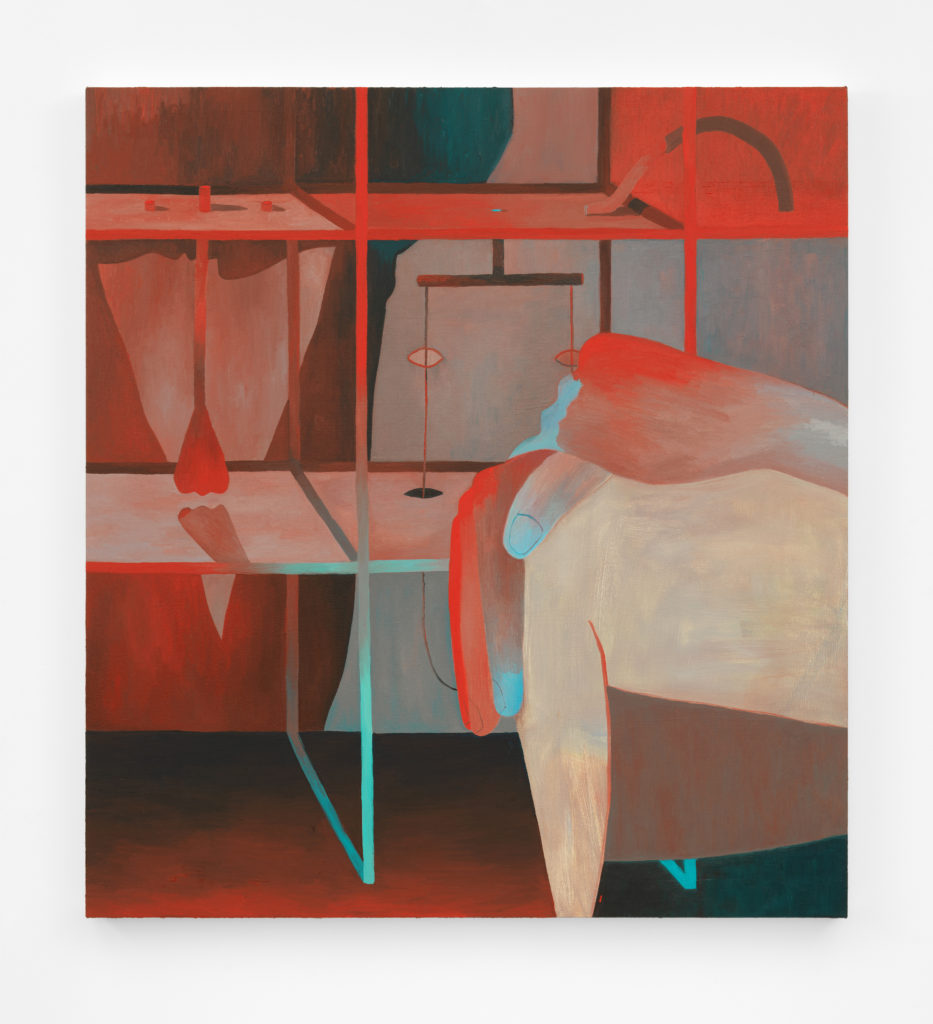 AMM: I understand you recently relocated from Chicago to Brooklyn, NY. What motivated you to make the move? What has been the biggest adjustment for you after moving to Brooklyn?

ZN: I moved to Chicago in 2010, shortly after finishing graduate school. I didn’t intend to spend more than I few years there, but stayed for seven. Chicago provided me with a wonderful community of artists, and the space and time to make work without the incredible financial burden of living in NYC. However, I always planned to return to NYC. I grew up in the Hudson Valley, went to Barnard College for undergrad, and attended Columbia for grad school. New York has always felt like home. My studio in Chicago was a dream, and I miss that studio every day, but I got lucky with a studio in Greenpoint, and I am beyond thrilled to be back in NYC.

AMM: Are you currently a full-time artist? What other jobs have you had while working on your own artistic practice?

ZN: I have held many different jobs over the years, from working as a program coordinator at a psychotherapy clinic to working the cash-register at an art store. A few years ago I started teaching, and that has become my primary source of income in addition to making work. I taught for a number of years at DePaul University in Chicago, and currently teach at Parsons School of Design in NYC.

AMM: Your work contains a unique set of lines, shapes, symbols, and imagery that connects each painting. What informs this visual language?

ZN: Many of the shapes in my work are derived from either fragments of my own body or symbolic bodily forms. I was teaching a Beginning Drawing class at Columbia University this past spring, and around that same time, I started to actively draw myself. Also around this same time, I was reading a very theoretical book called Assuming a Body: Transgender and Rehtorics of Materiality, by Gayle Salamon. As a way to work through some of the concepts in the book, as well as feelings, desires, and frustrations around my own non-binary gender, I started making a series of graphite drawings. As the number of drawings grew, they began to feel important, and I have continued to explore the raw content in this work. Sometimes part of a drawing will make it into a larger painting, but right now, they feel like their own lexicon of symbols, indirectly informing the paintings.

AMM: Were you ever given a piece of advice (or constructive criticism) that you feel you will never forget? What is the most valuable thing you’ve learned during your artistic journey?

ZN: Don’t fall in love with a part of your painting as you are painting it; if you do, everything else will become supportive characters, and the painting will never become greater than the sum of its parts. I can’t remember who told me this in undergrad, but I think about it all of the time.

AMM: Where would you like to see your work go next, either physically or aesthetically?

ZN: I’m working towards installing the Body Building series together, as a show. Stay tuned over the upcoming months!

Find out more about the artist: www.zoenelson.com 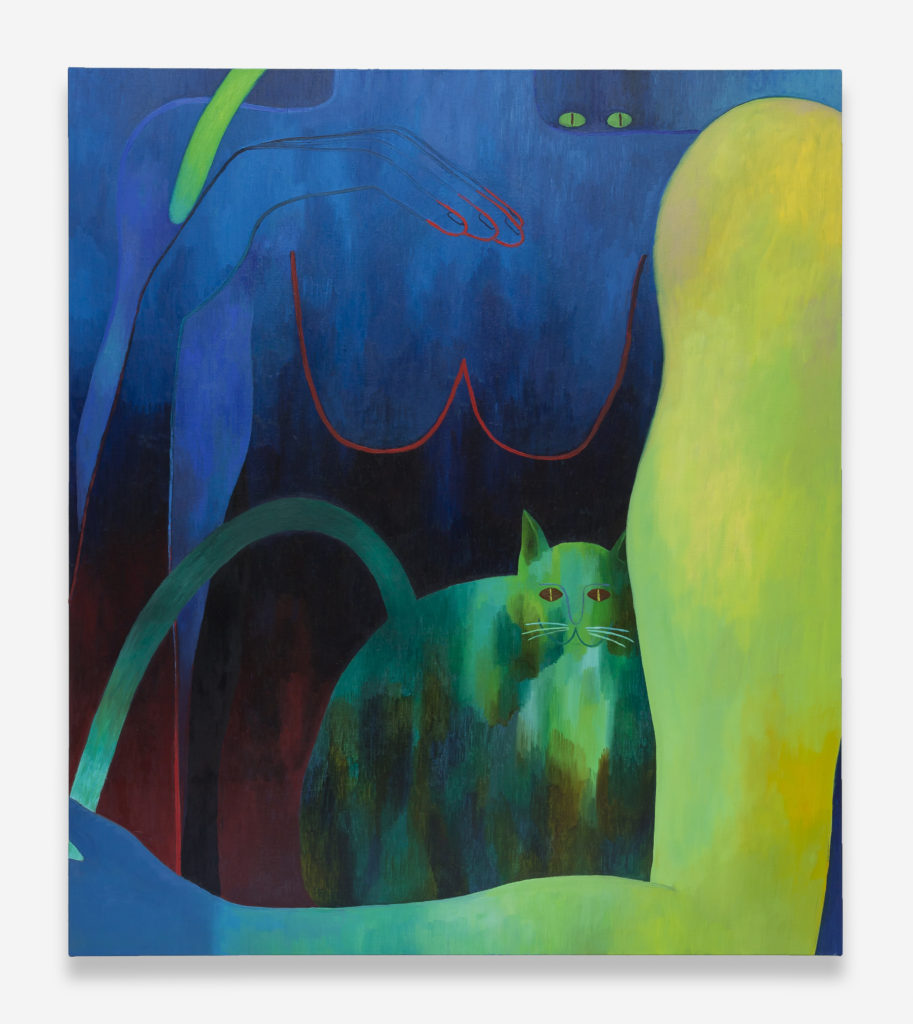