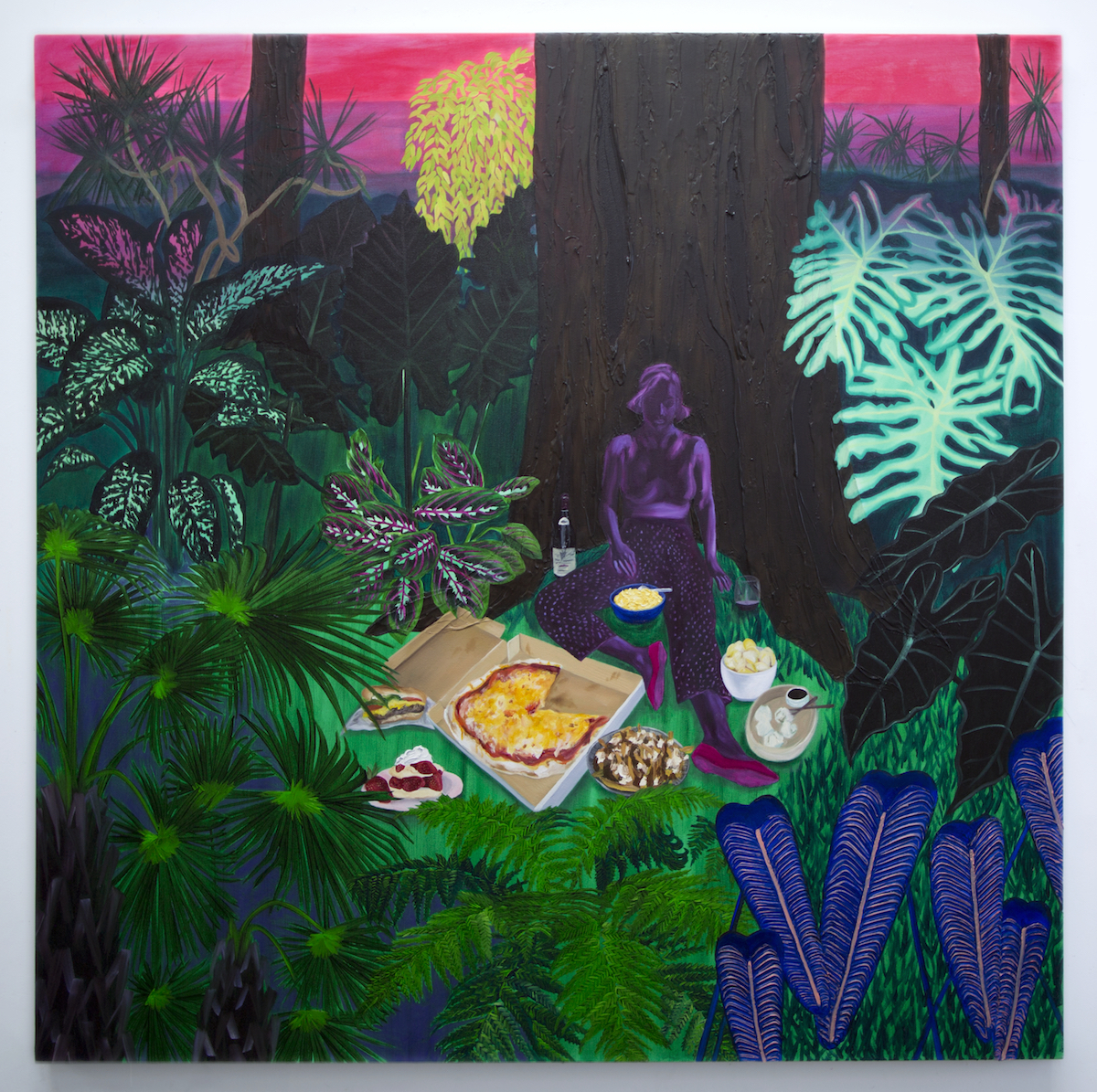 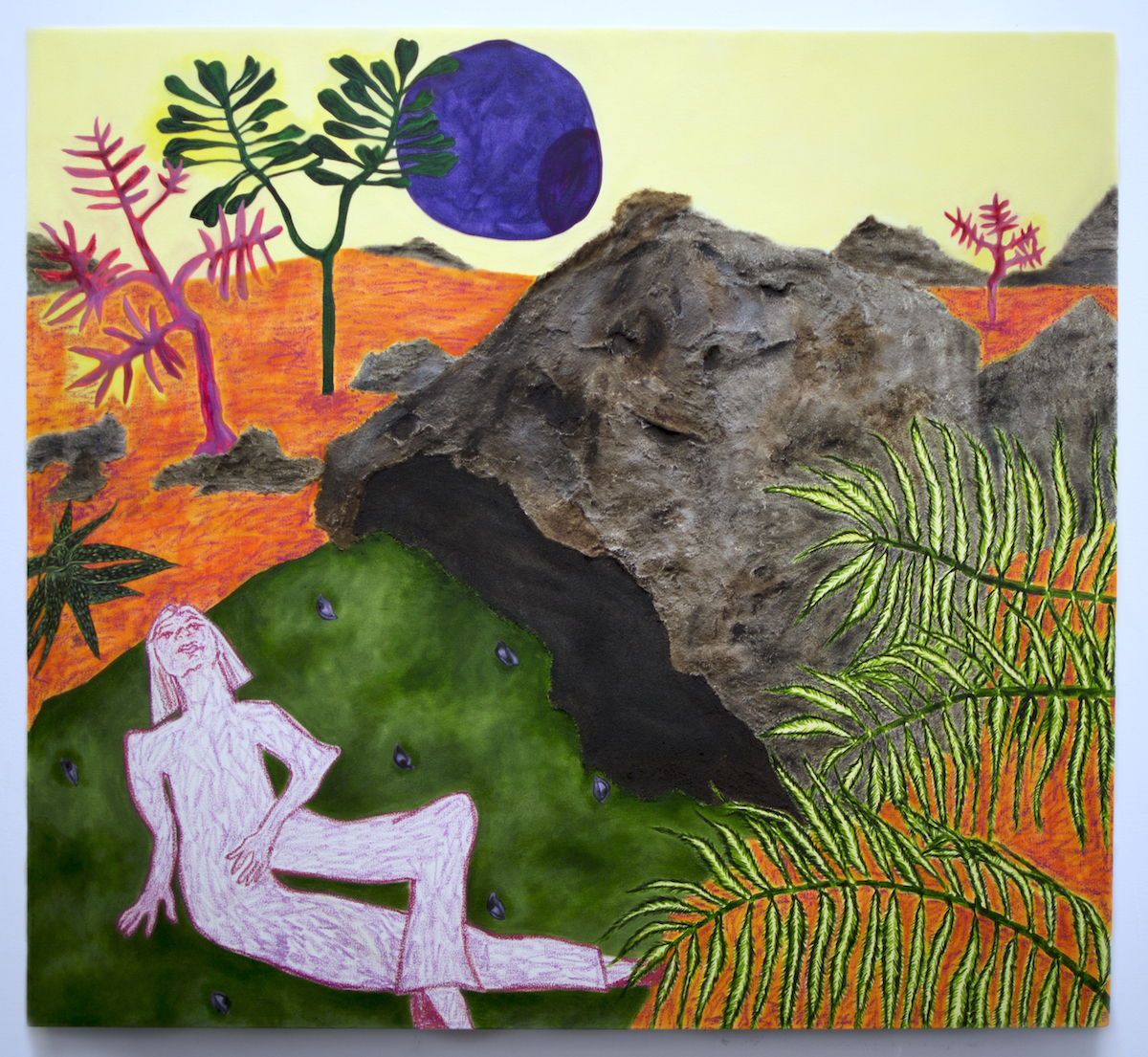 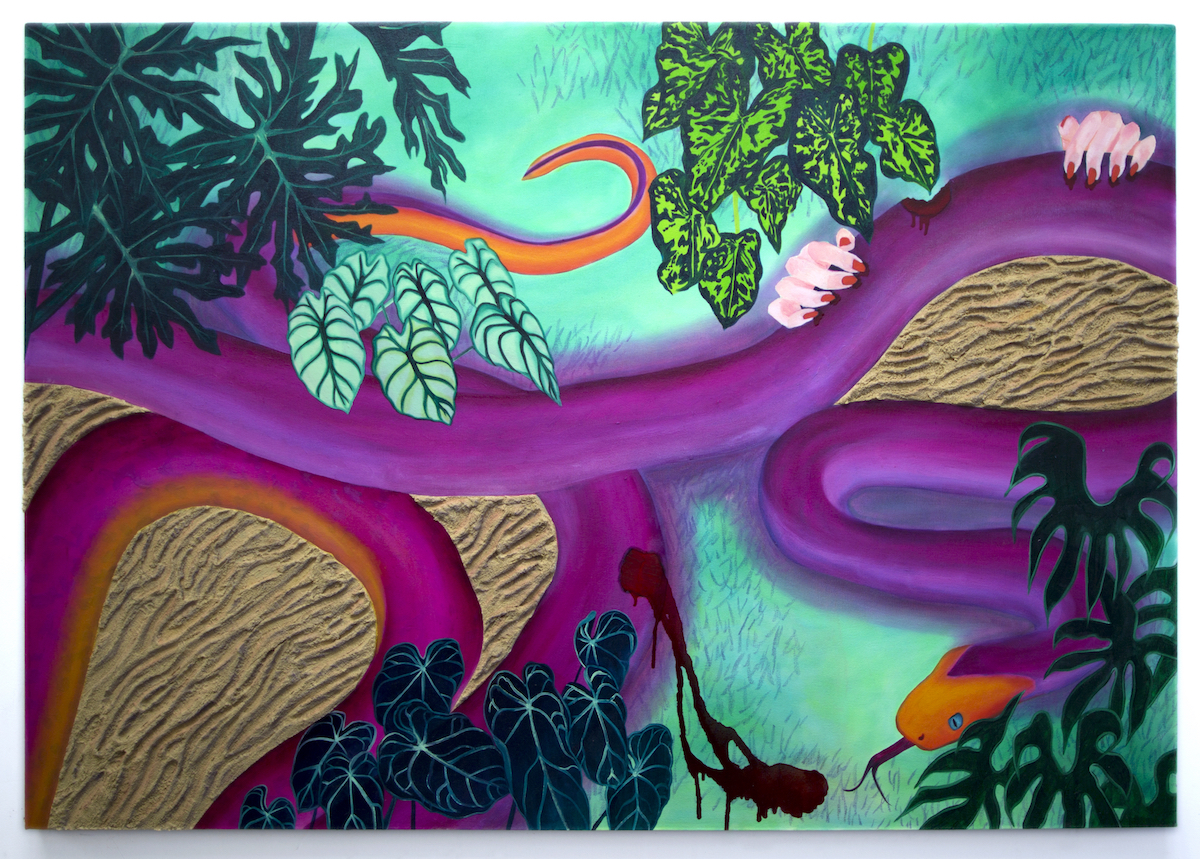 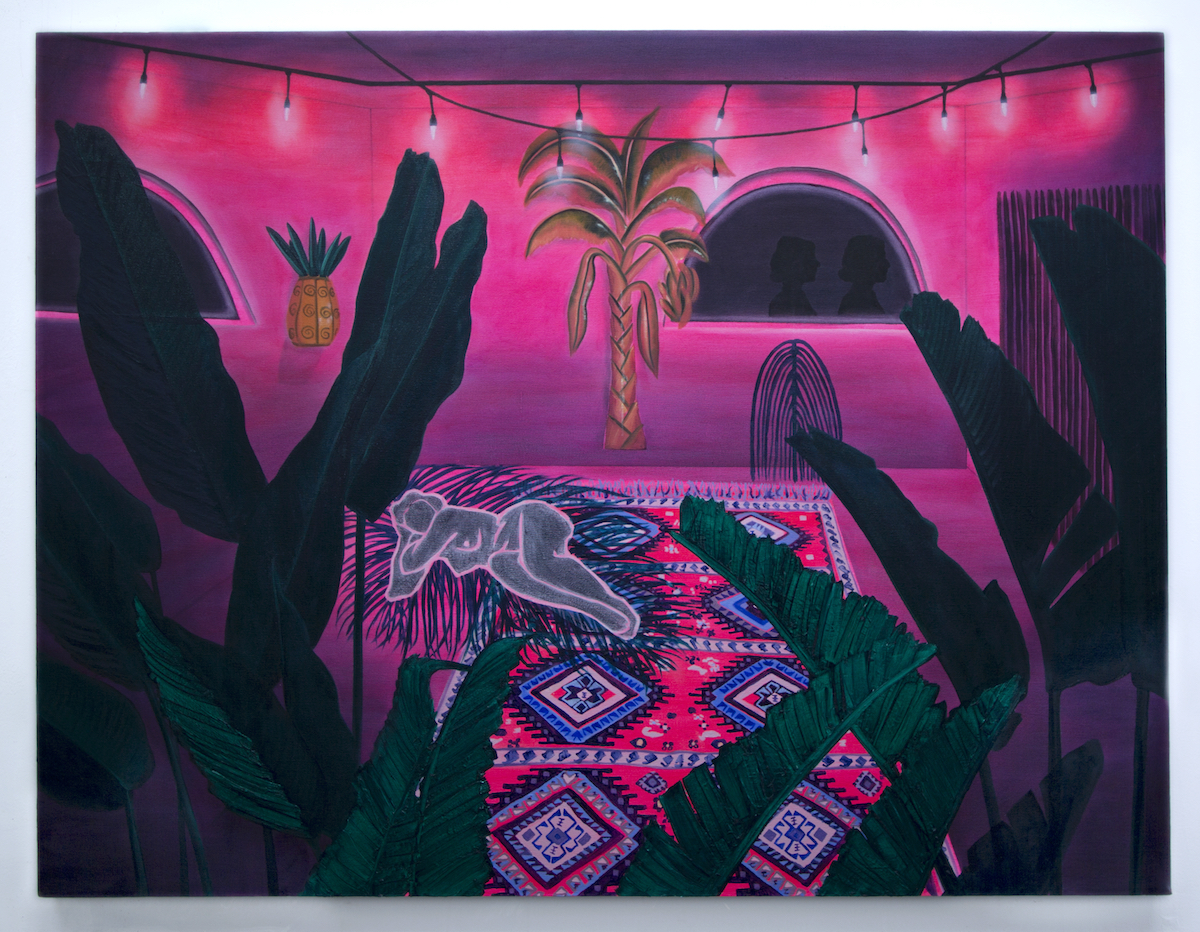 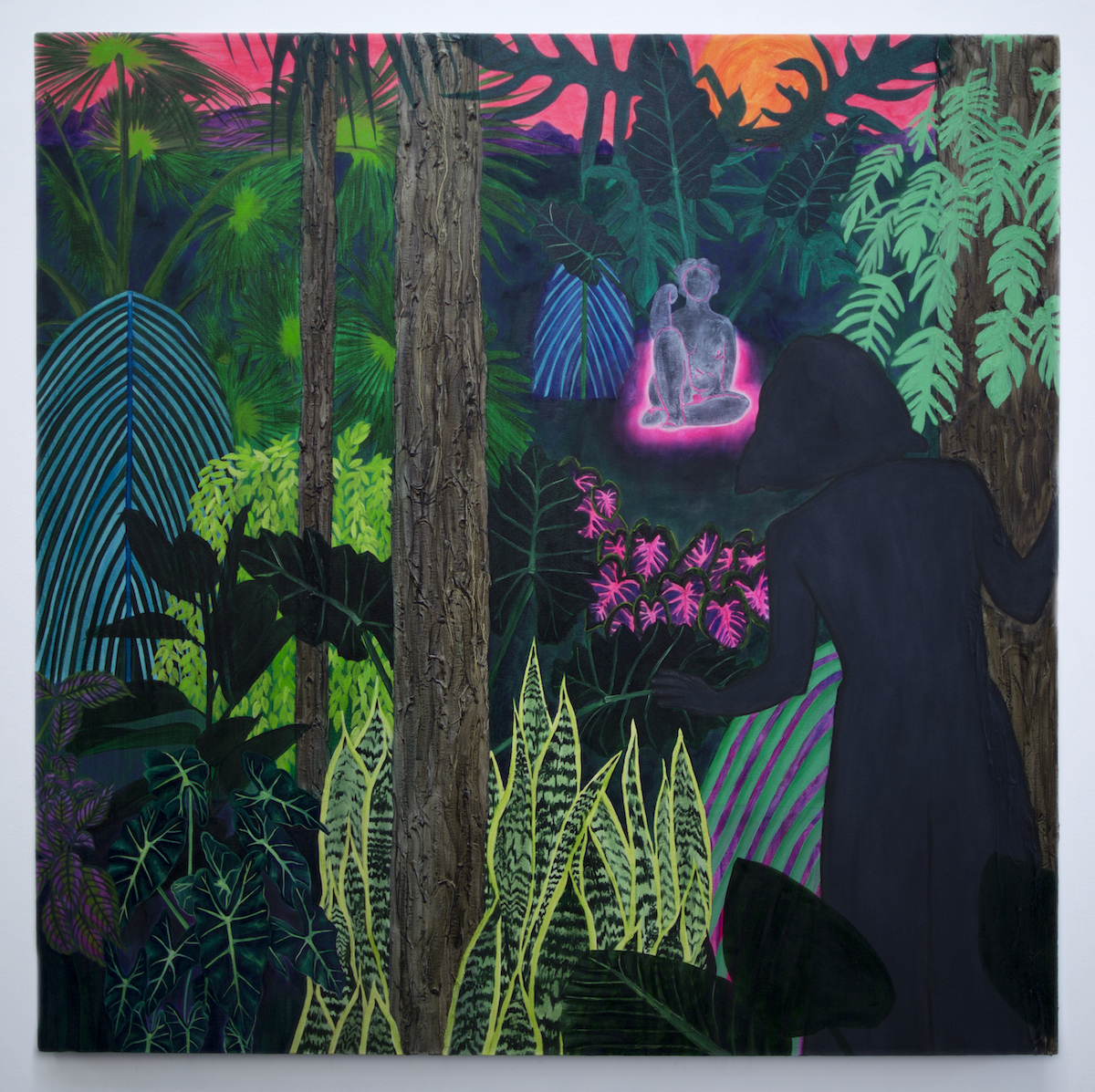 Kelsey Shwetz is a Canadian-born painter who lives and works in Brooklyn. Her work is concerned with the female gaze, intimacy, registers of memory, and obsession. She’s most recently created a figurative character that inhabits worlds populated by plant life. Shwetz was most recently  represented by Christopher Stout Gallery New York (2015-17), and has exhibited in New York, Germany, Miami, Toronto, and Montreal. She was awarded residencies at the Centre Pompadour (France); Emerson Landing, Eastside International, Starry Night (USA); and CanSerrat (Spain). Publications featuring her work include: Brooklyn Magazine, Whitehot Magazine, NYC-ARTS, Posture Magazine, Flavorwire, Lost at E-Minor, Lip Magazine, Tjen Folket, and the Globe and Mail.

I am interested in creating work that holds multiple moods and experiences simultaneously, such as pleasure, exploration, boredom, regret, indulgence and discomfort. My current body of work tracks and bears witness to a female figure as she moves through an imagined landscape. Each canvas articulates part of an origin story, mapping out zones of the world and recording the figure’s experience of and interaction with her surroundings. The relationship the central figure has with her surroundings and other characters or objects often changes across paintings which calls the viewer to imagine her machinations that must occur out of view and in between paintings. I’m interested in many visual languages coexisting on one plane of the painting and for that presentation to inform how the viewer experiences the world: as though they are remembering it, through a lens of false nostalgia or vague recollection but unclear whether this was a lived experience, a story, or a dream.

Find out more about the artist: www.kelseyshwetz.com