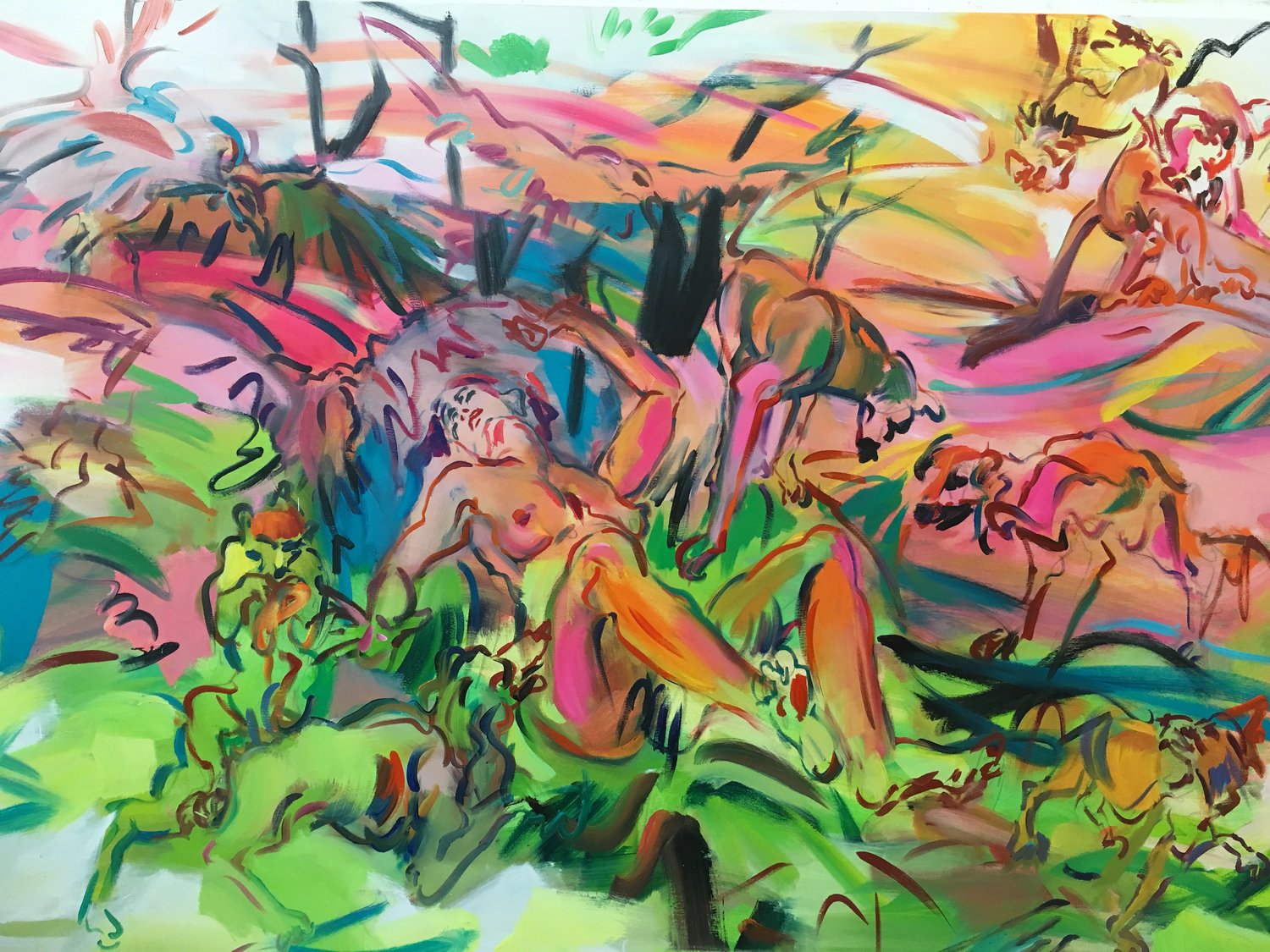 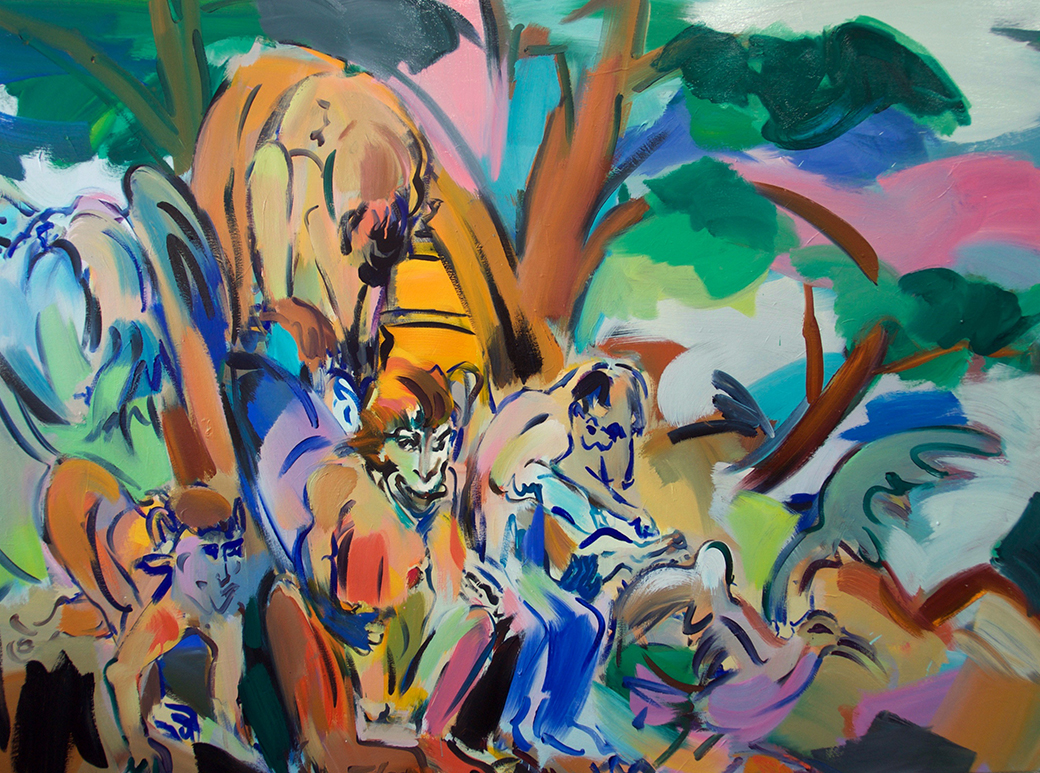 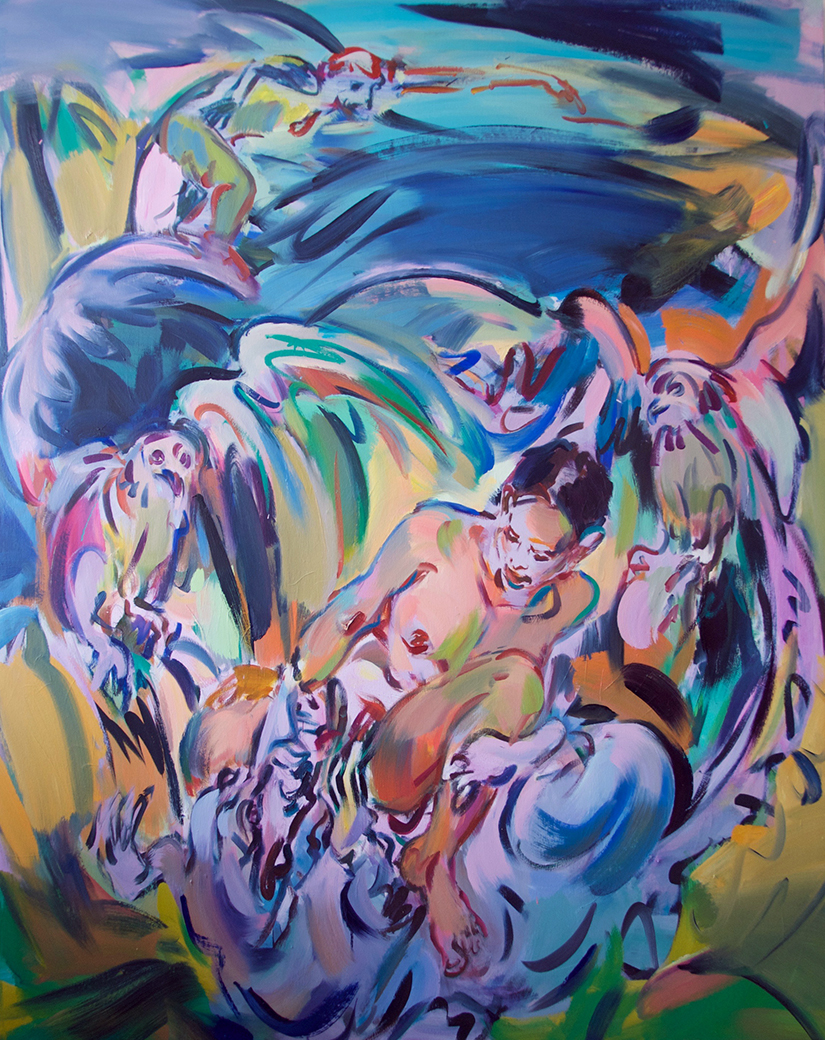 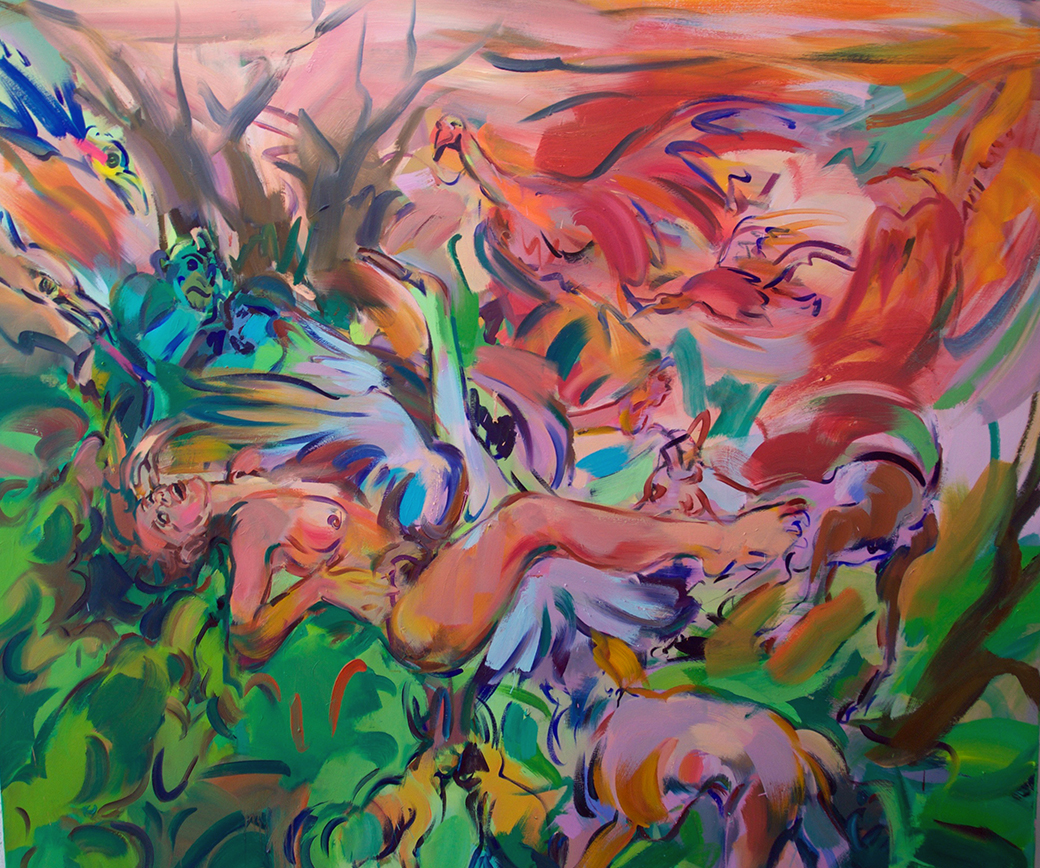 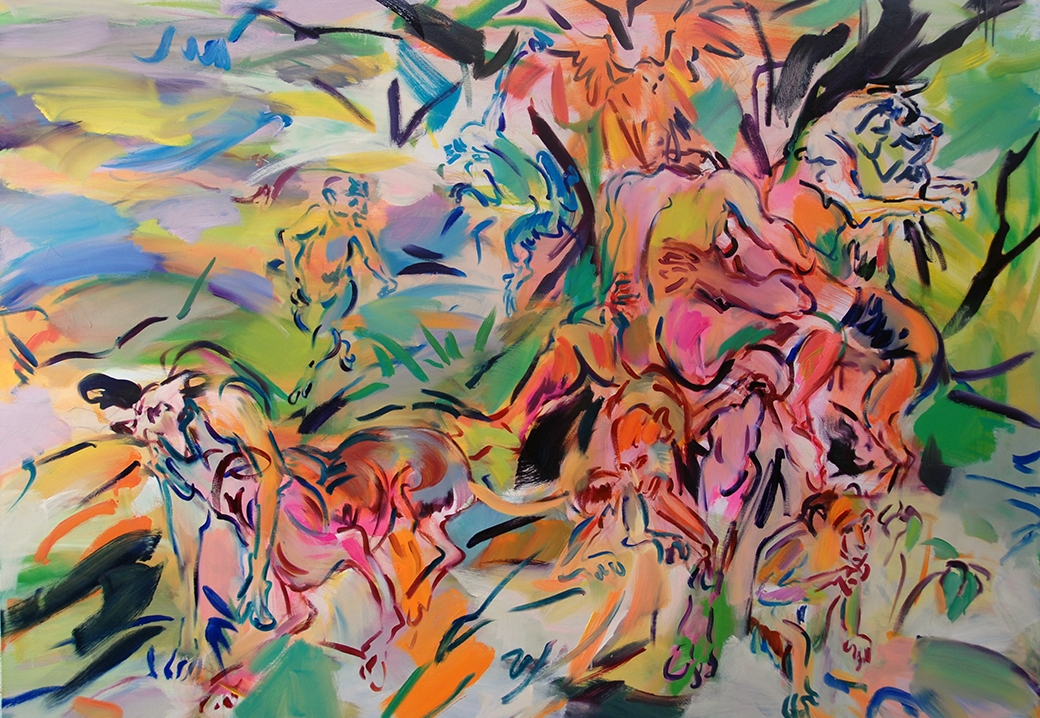 A California native and current New Yorker, Suzanne Unrein creates paintings and works on paper that explore a vibrant world where the animality of humans plays within a world of beasts.  Unrein produces gestural lines and swabs of color, creating and erasing, to form bonds and break connections between carnal forms.  Energized with expressive brushstrokes, the paintings are as much about the explorations and limits of paint as they are about humans and their connections to their animal selves and fellow beasts, as explored in her recent collaboration with famed South African Lion Whisperer Kevin Richardson.  Unrein’s work has been exhibited in galleries and museums throughout the U.S, with solo shows in NYC, Los Angeles, Dallas and Chicago.  Her work was recently spotlighted in The Oxford Handbook of Perceptual Organization (Oxford University Press, 2015) and the focus of the short film, Hands & Eyes that premiered at the Hamptons International Film Festival.  Other paintings have made appearances in films, “Being John Malkovich”, “Sex and the City 2” and “I am Sam.”  She currently works in her studio in Harlem, with past residencies at the Studio Program at P.S. 122 in the East Village, and the Jentel Foundation in Banner, WY.

Find out more about the artist: www.suzanneunrein.com