Playing with perception: In conversation with Susan Metrican 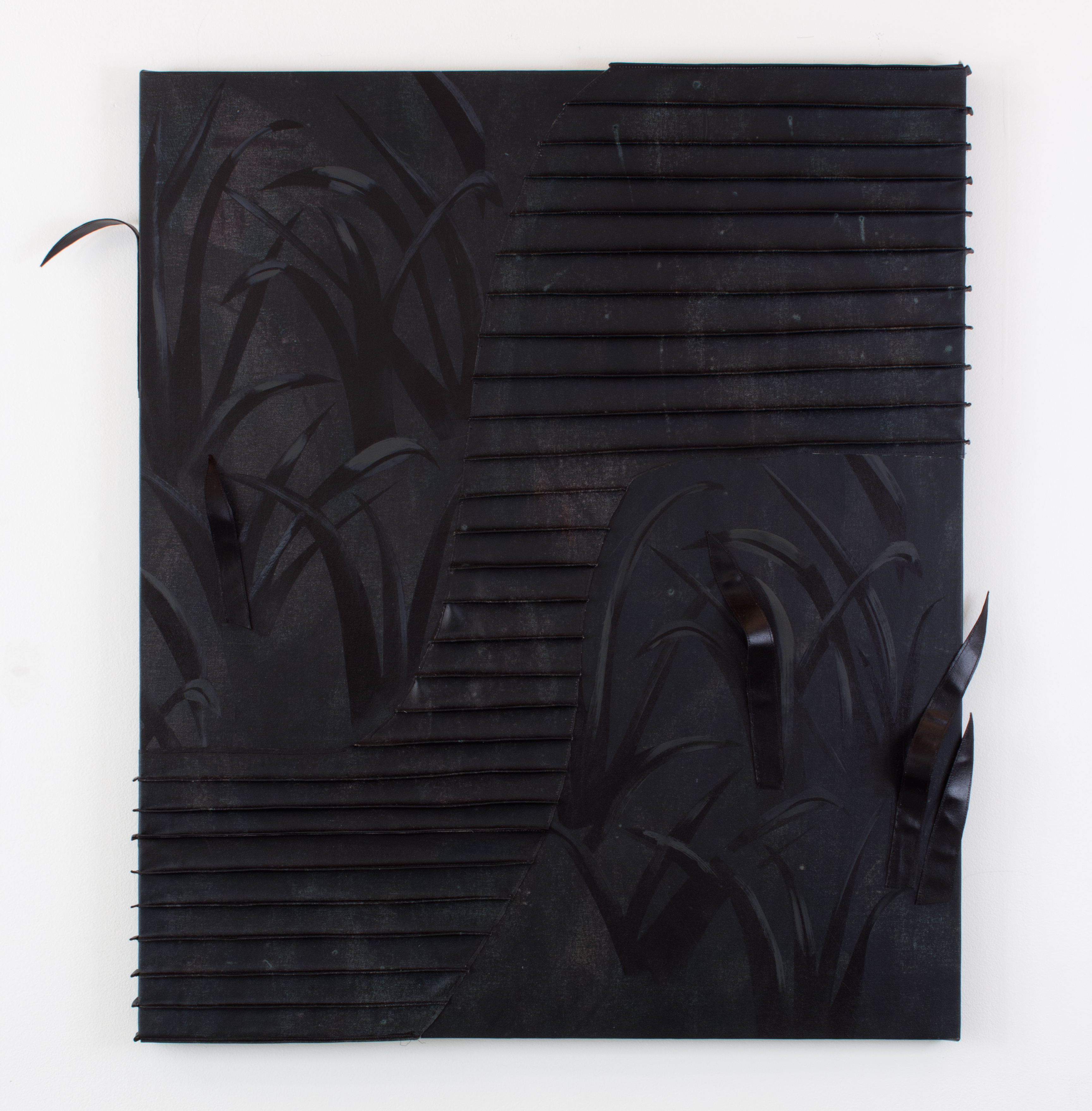 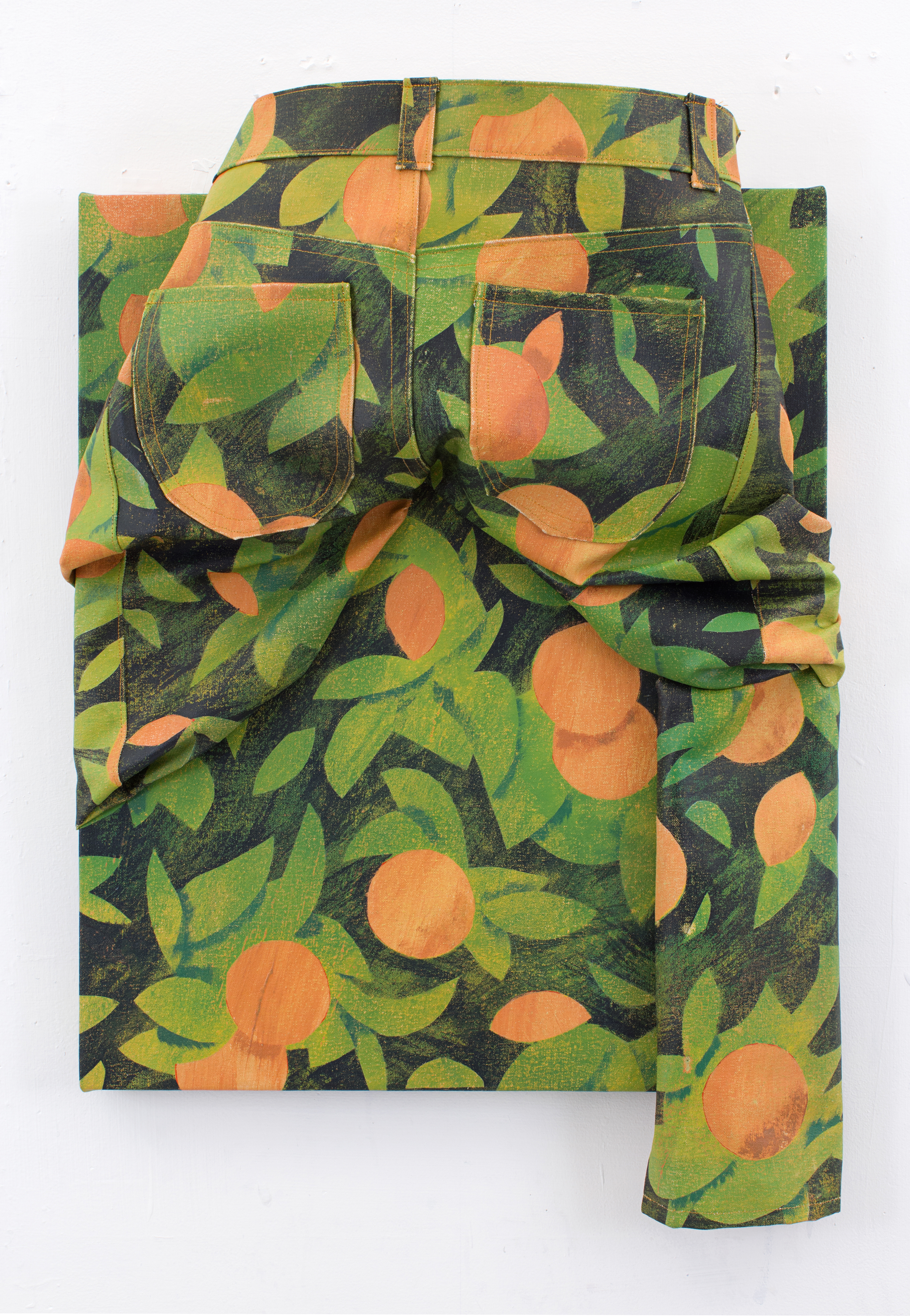 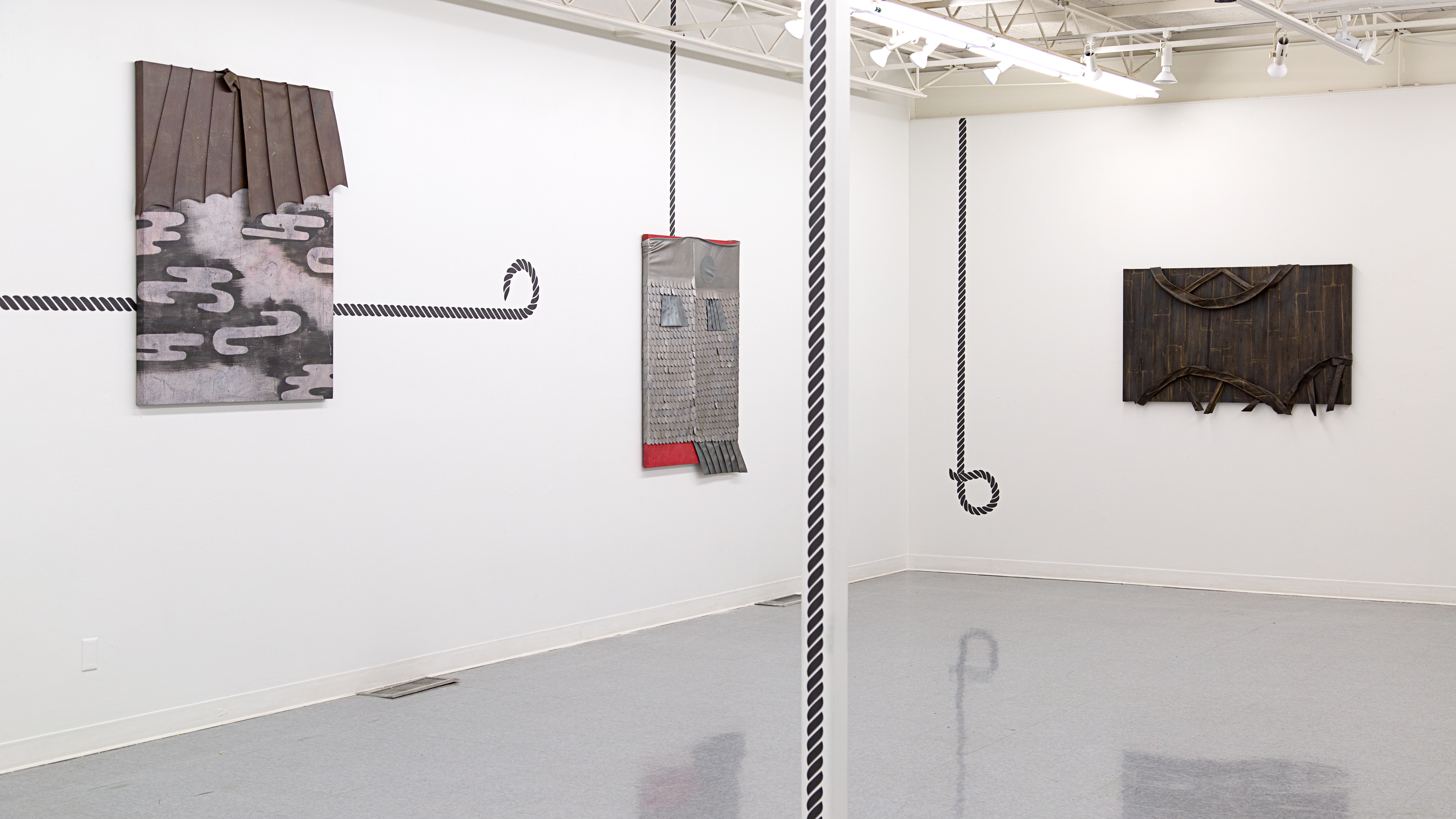 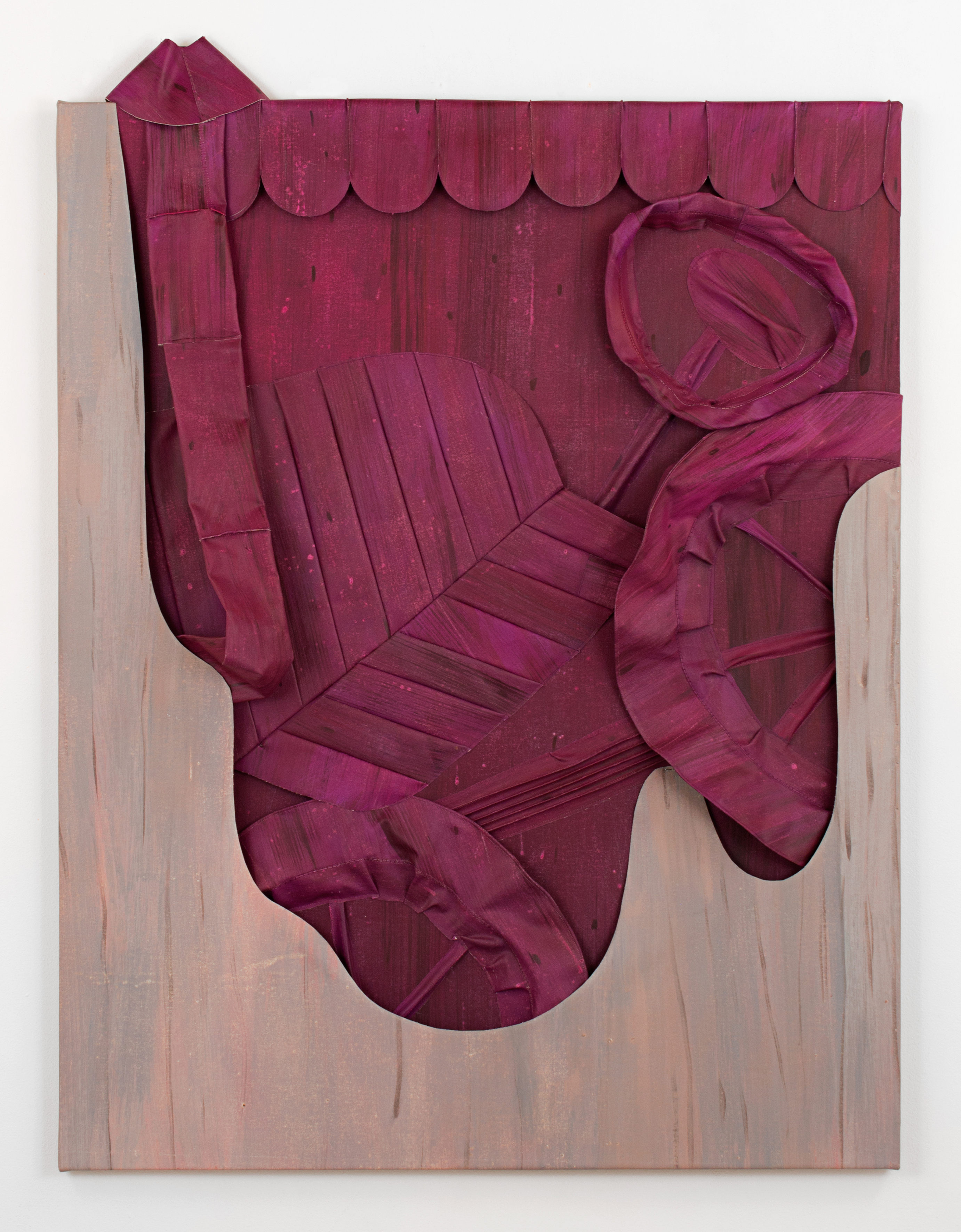 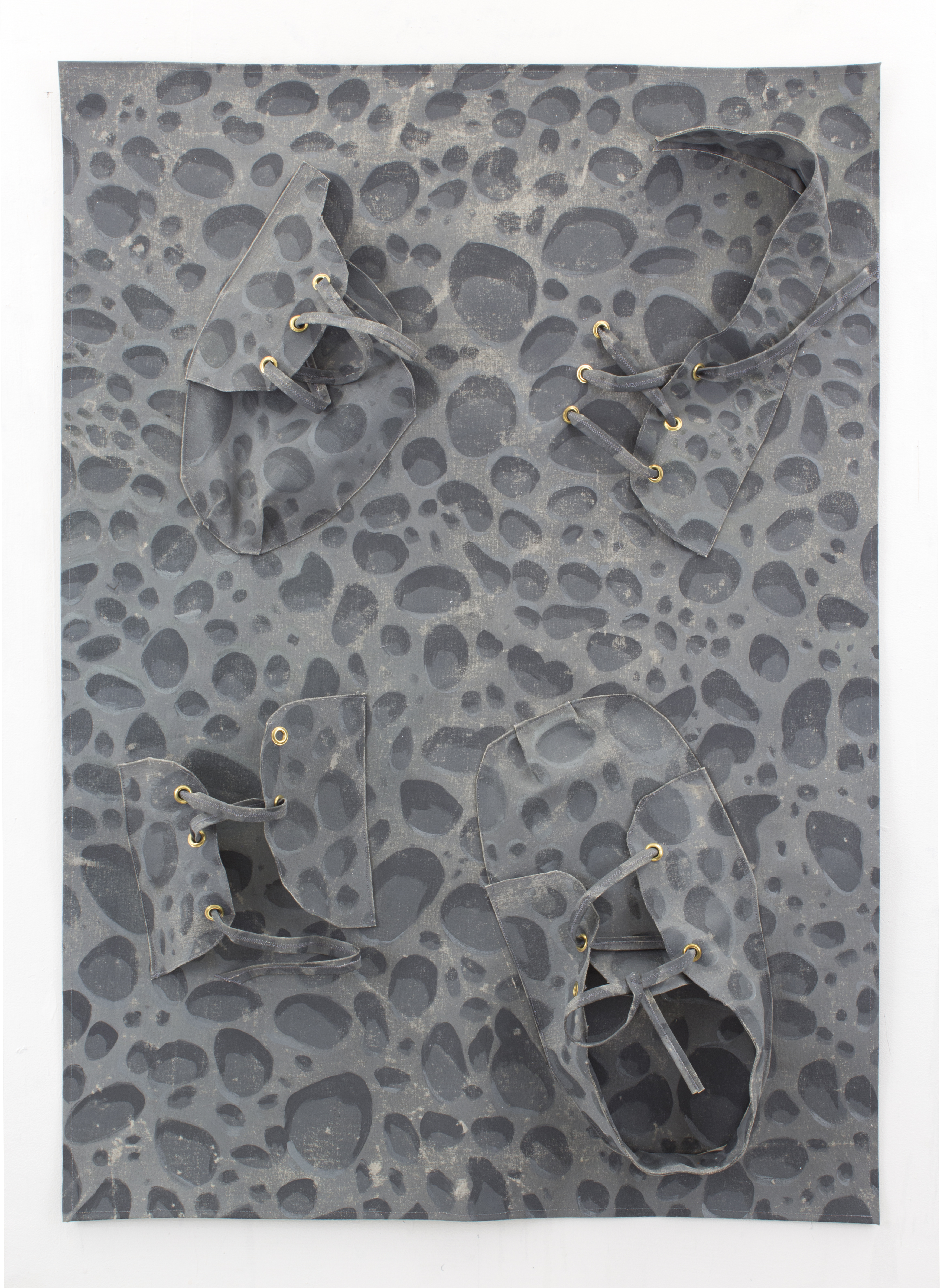 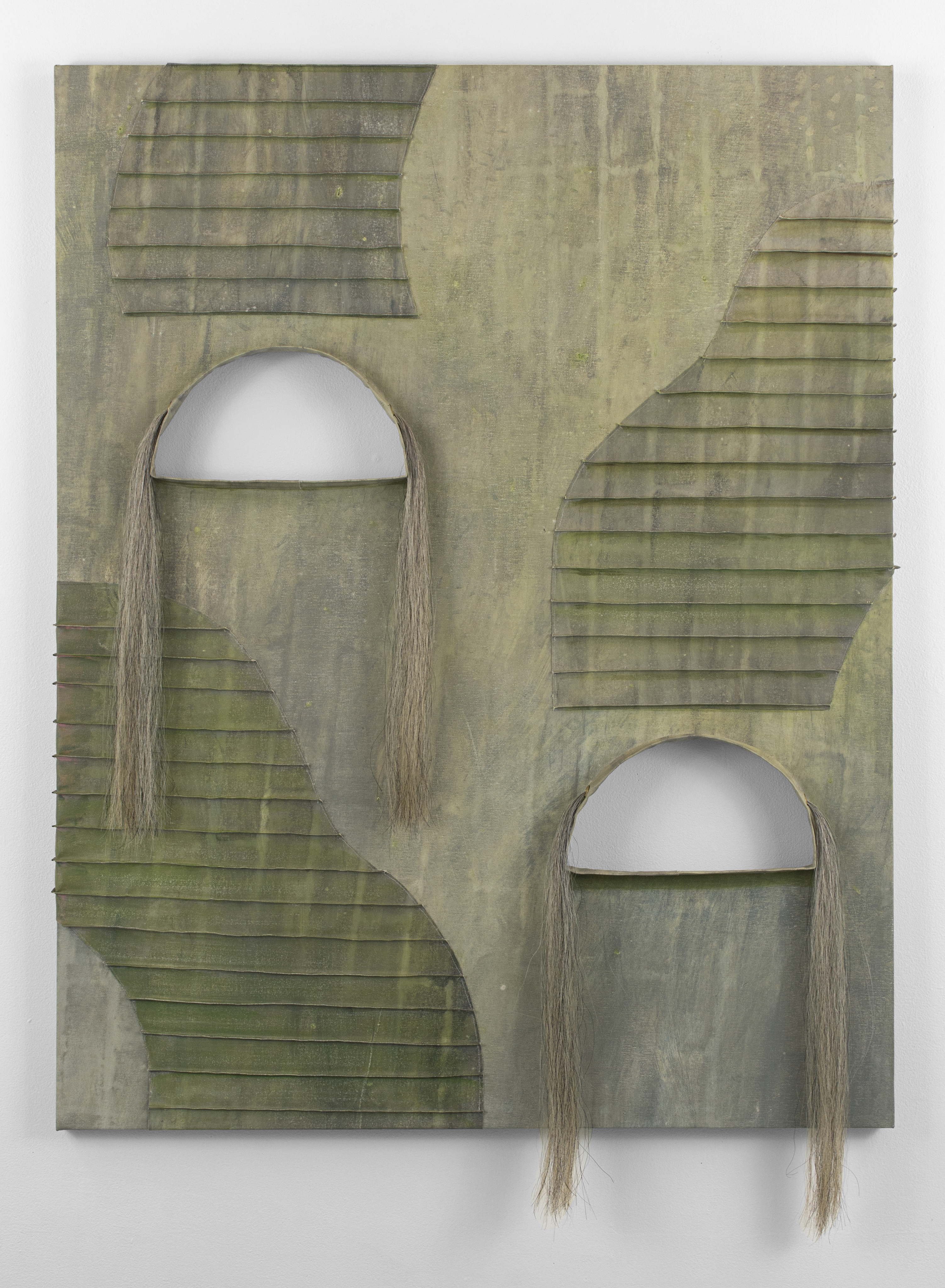 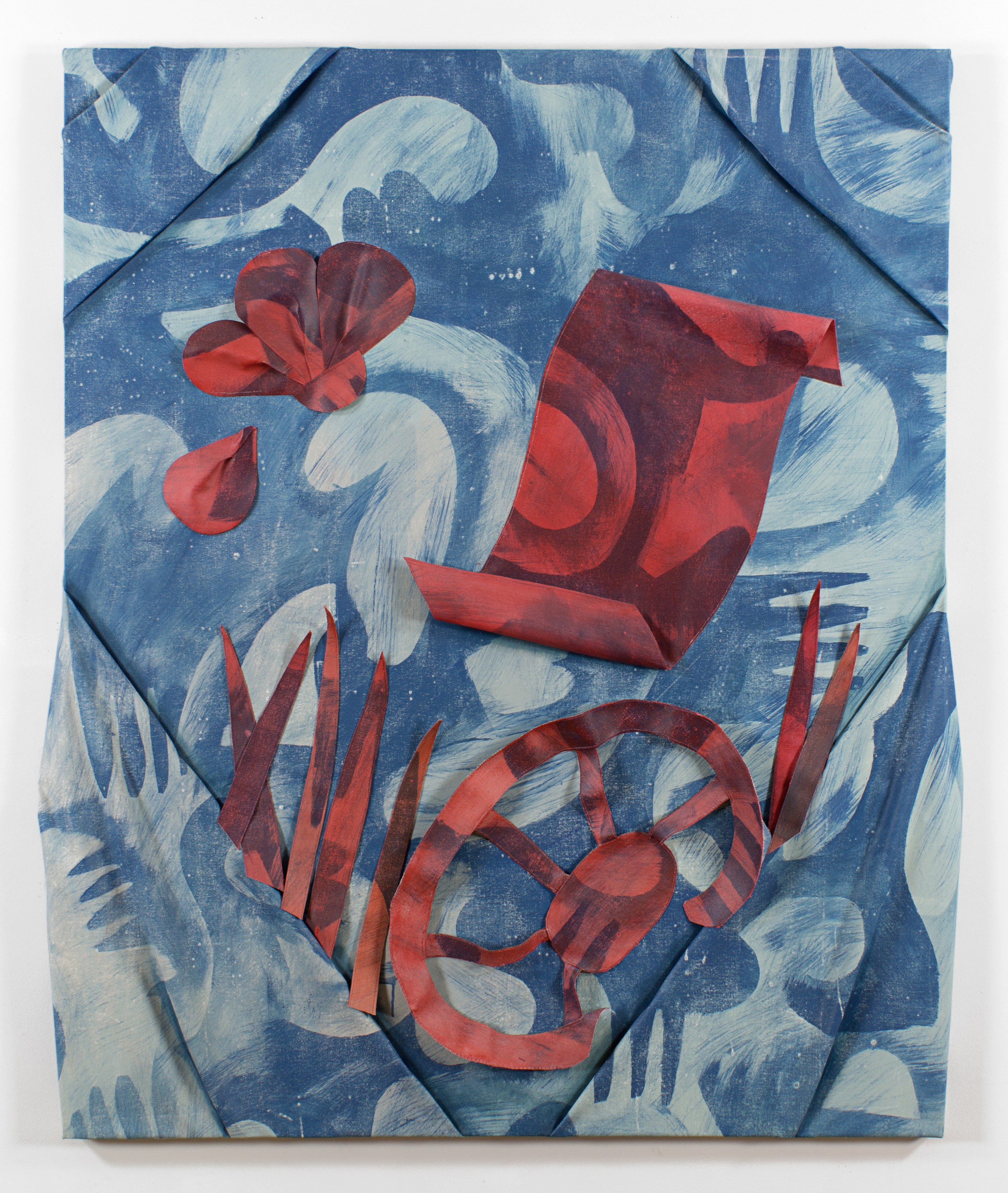 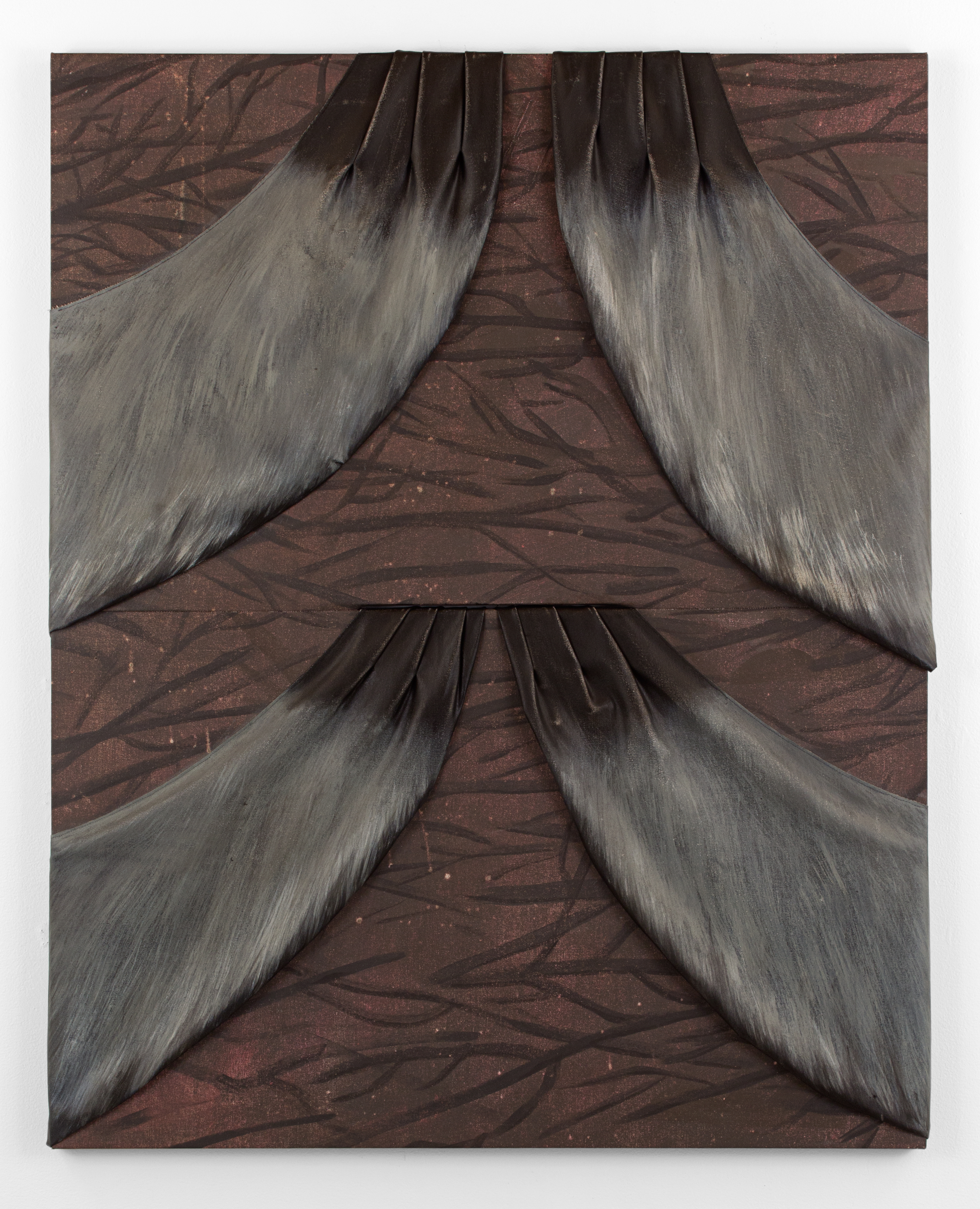 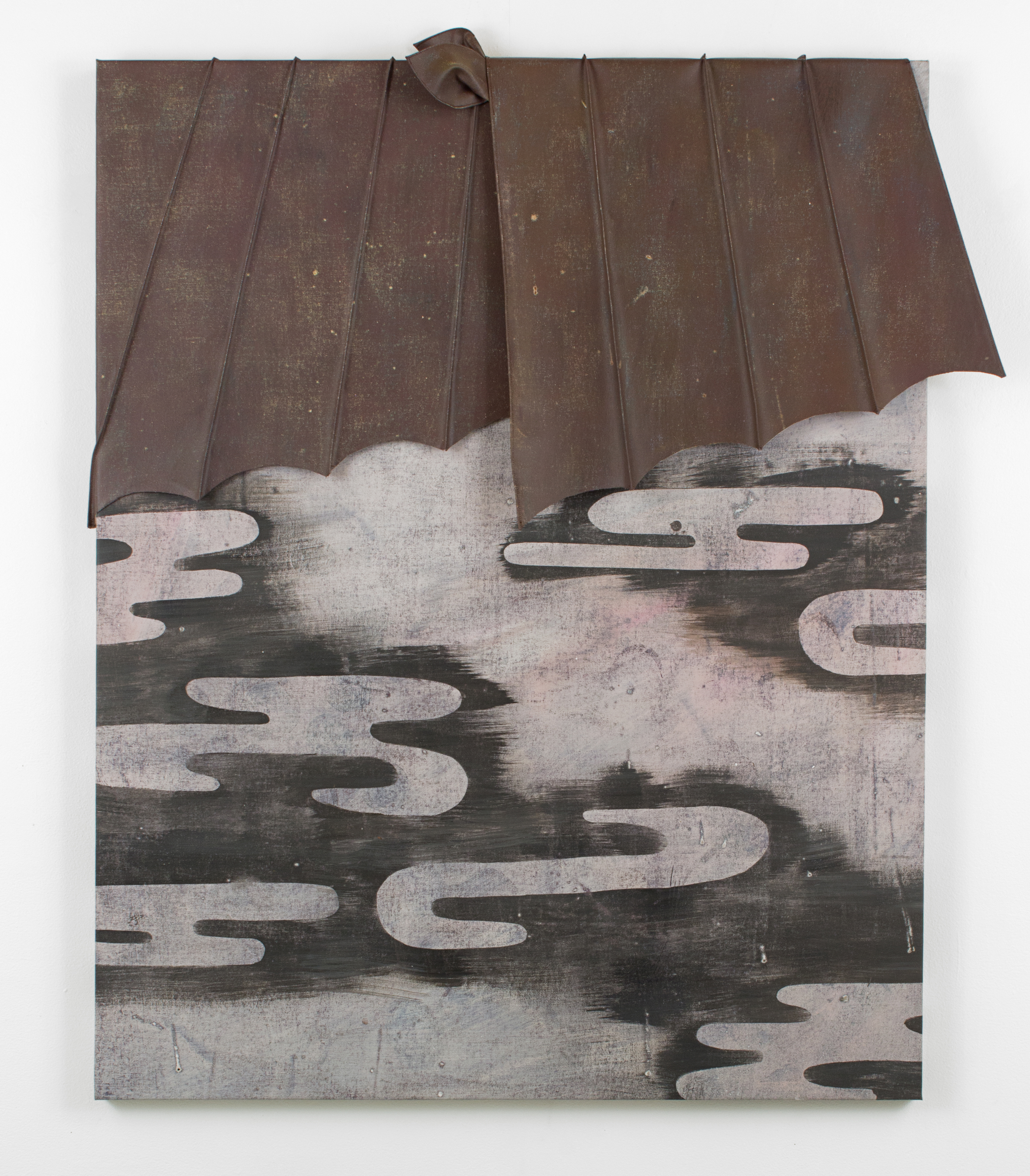 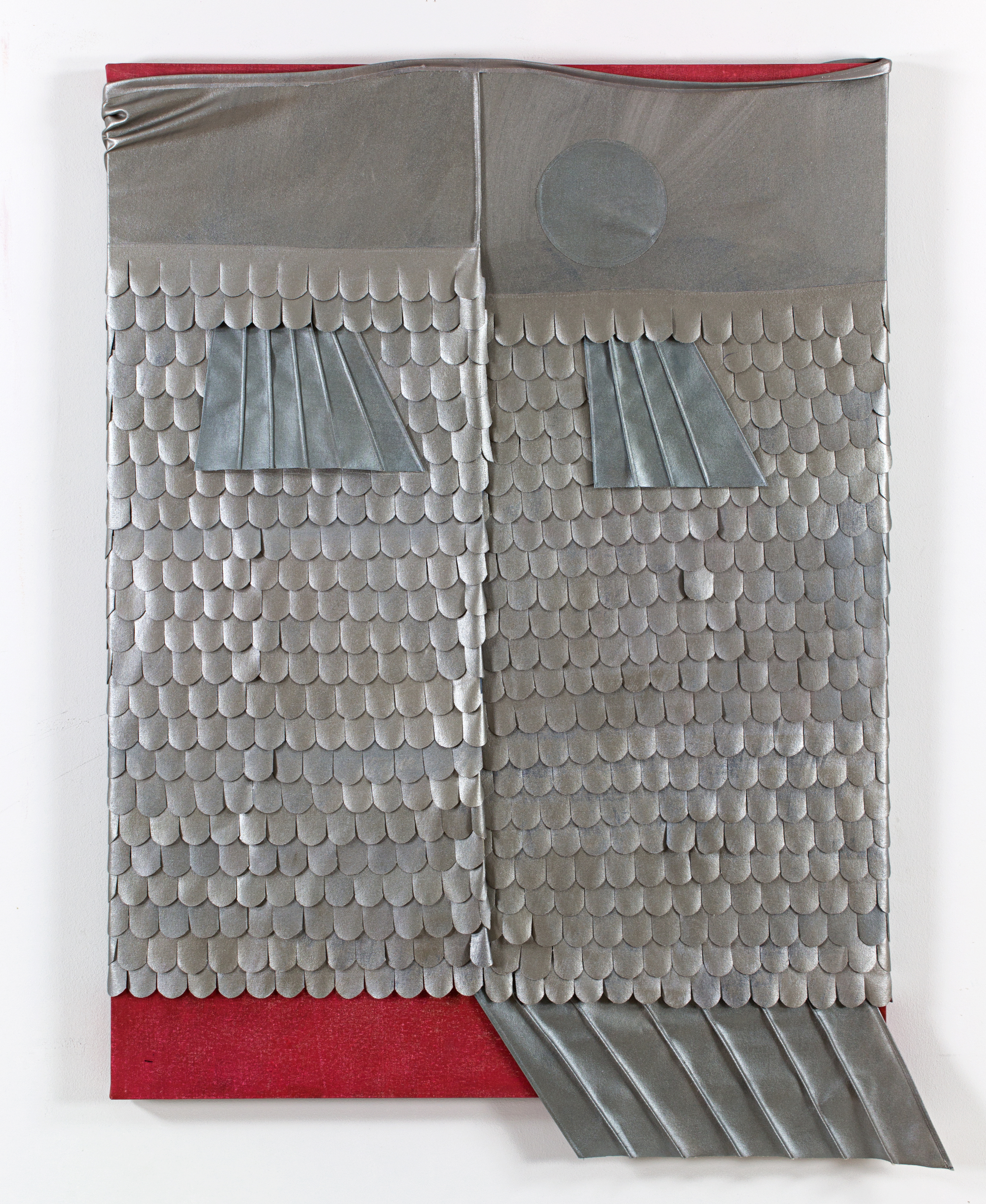 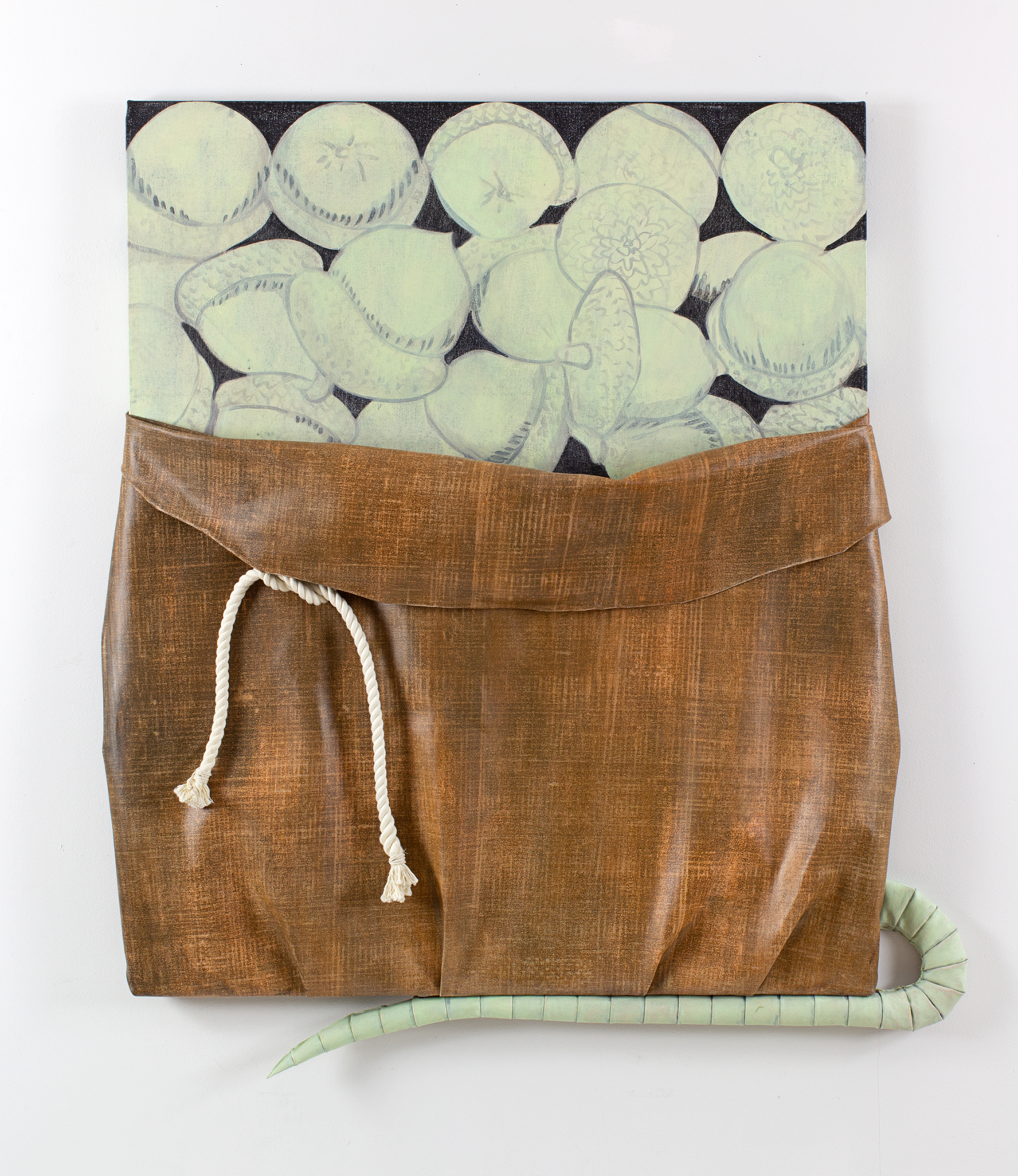 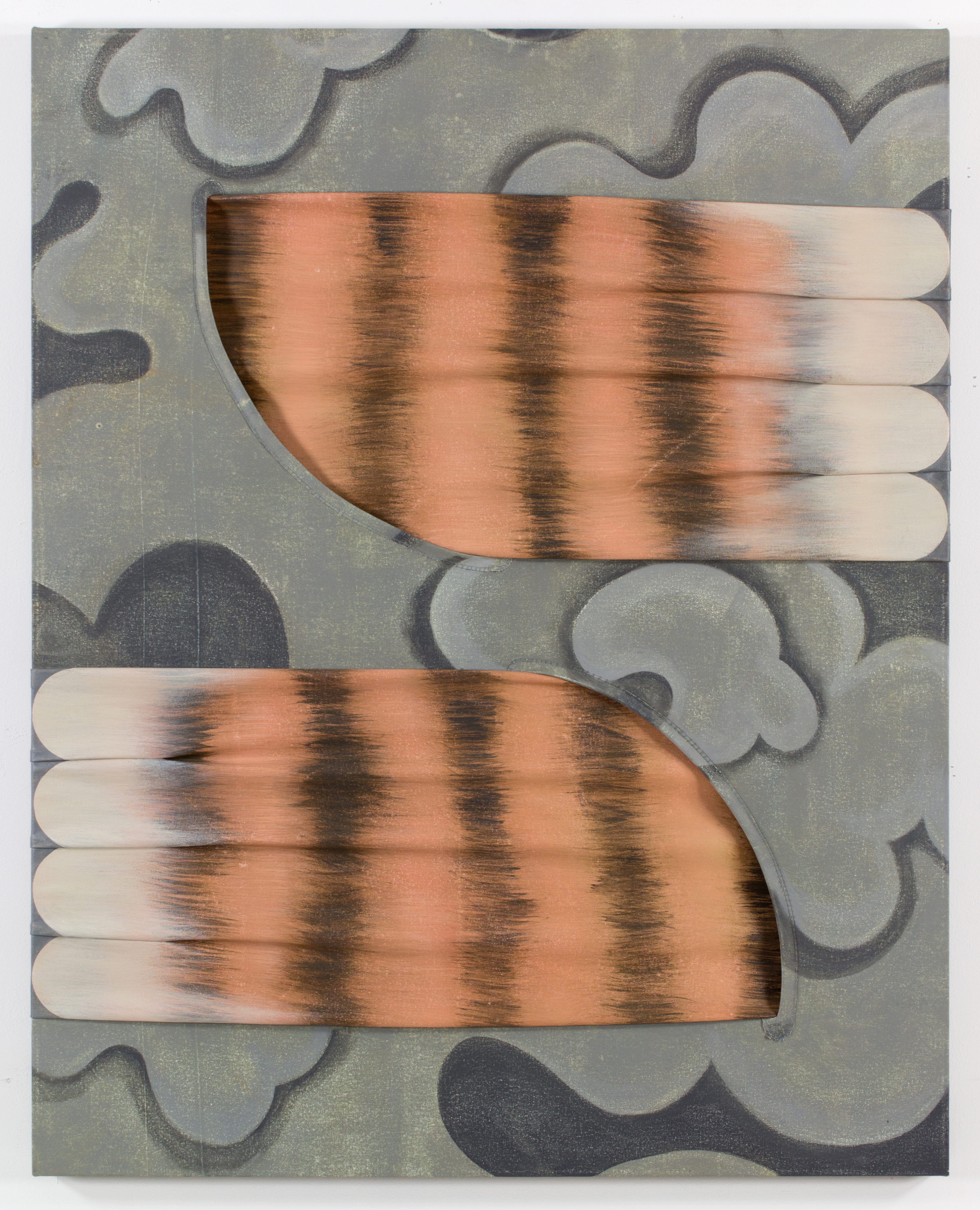 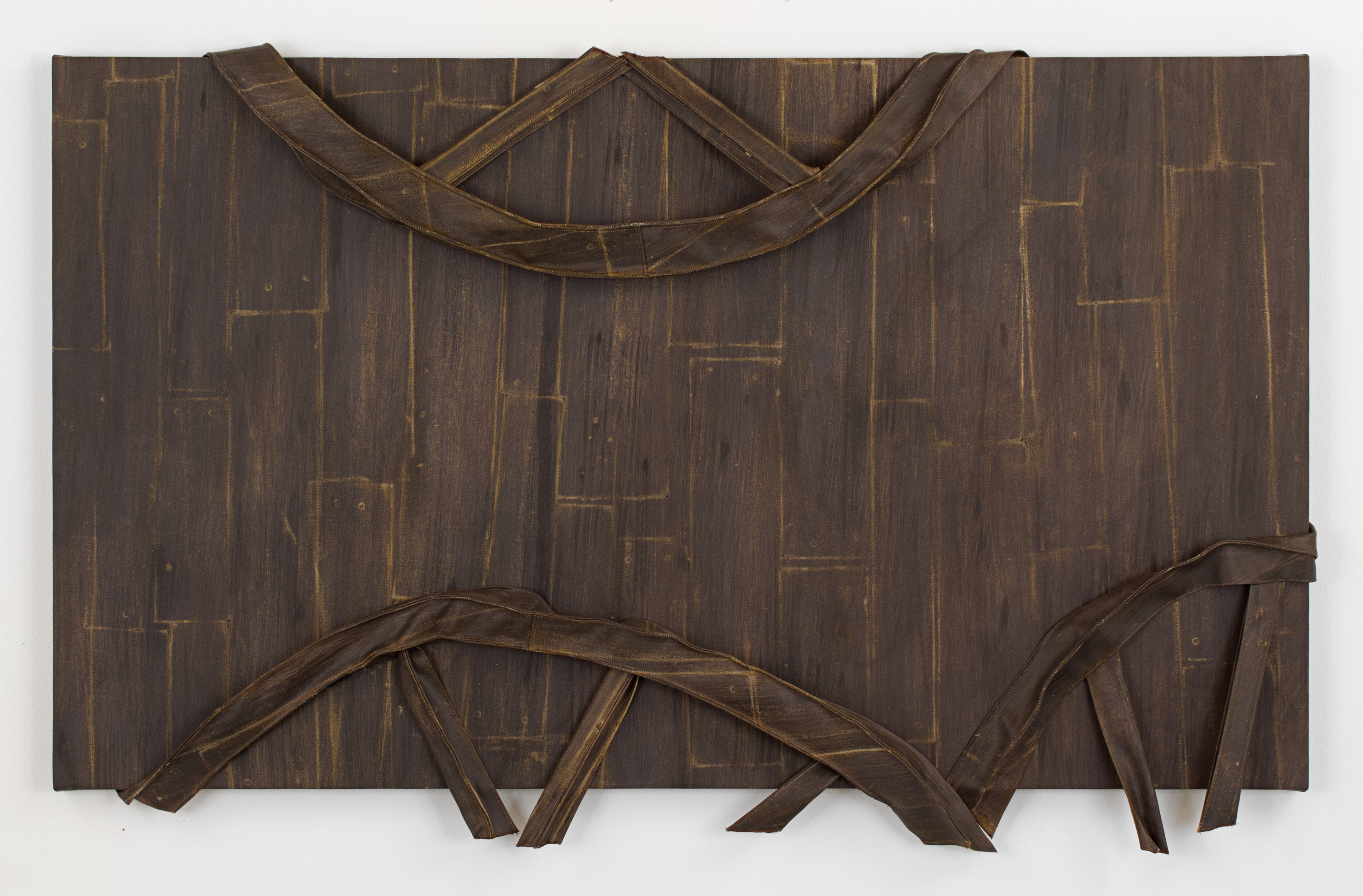 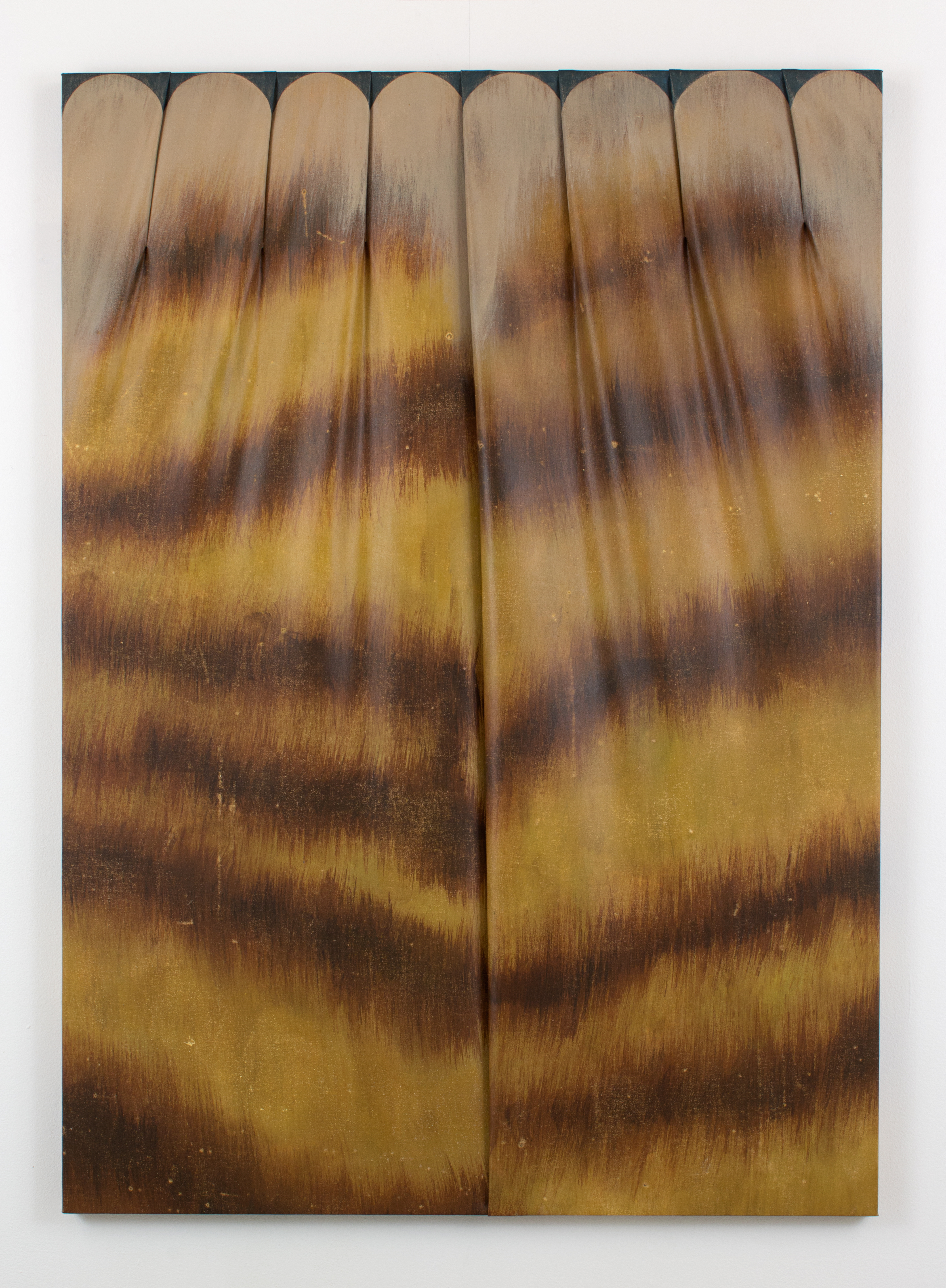 For Susan Metrican, the frame and surface of the canvas is not the boundary of the work, but an edge upon which to build from. In her playful artworks, familiar objects take on surreal qualities as they push and pull at the viewer in unfamiliar ways. Susan is interested in toying with and manipulating perception, drawing attention to the act of viewing. The intentional interruptions and physicality of the canvas disrupt the normal visual logic creating a kind of optical illusion where the banal subject matter shifts and becomes quite extraordinary. Her compositions blur the distinction between representation and abstraction. To create her three-dimensional paintings, Susan works with a sewing machine on the floor of her studio, cutting and bunching and constructing the form. Prior to this she sketches, working through ideas on paper before committing to canvas. While the completed pieces are highly finished, the process itself requires much experimentation (and faith!).

Susan received her MFA from the Massachusetts College of Art and Design in Boston, Massachusetts. She lives and works between here and Fairfield, Iowa. We chatted with Susan to learn more about Thai cowboys, finding her visual sense of humor and encountering Van Gogh for the first time. 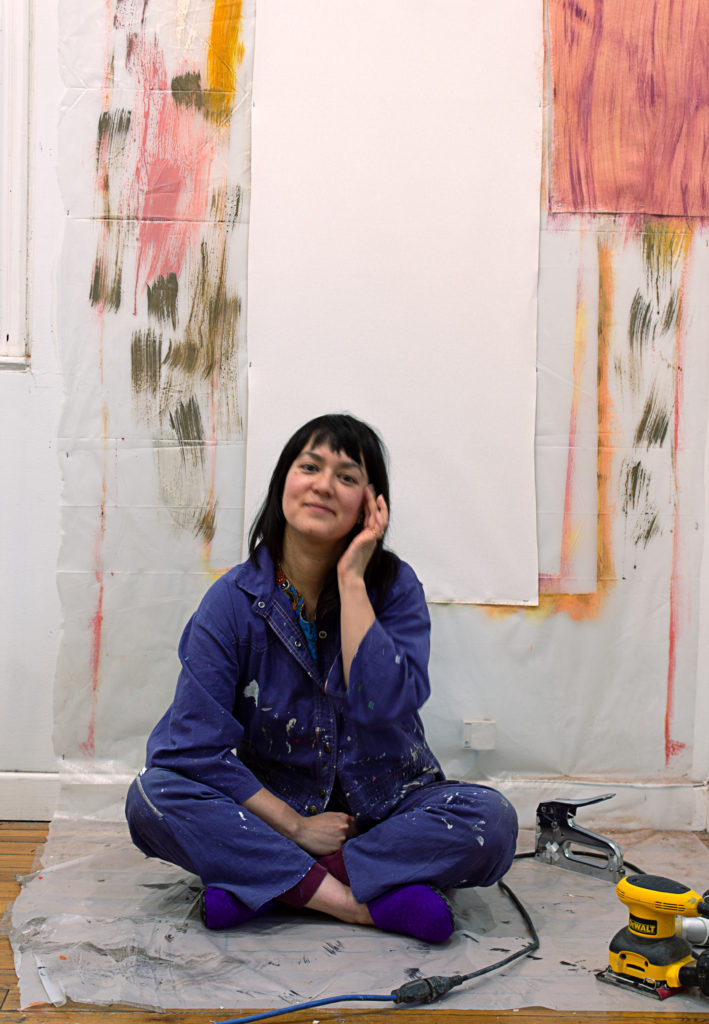 AMM: Growing up, did you always know that you wanted to make art? What is your earliest art-related memory?

SM: I didn’t grow up being exposed to art and museums. My daughter, who is 3, goes to museums and galleries with us all the time. I think those experiences of encountering objects and art in museums are necessarily humbling, and if you’re exposed to them your whole life, you’re educated in that sense and are better for it. You can become aware of the infinite complexities of the world, which provide a path for curiosity. I didn’t have that growing up in a small town in Oklahoma. I did always know that I was an artist from childhood, but that was through my interest in drawing and sensibility of being weird. I guess one of my earliest art memories is when I first saw Van Gogh paintings at the Nelson-Atkins Museum in Kansas City. I cried and cried.

AMM: Your work has a very distinct and stylized aesthetic. Please tell us a little about how your work has changed over the years and what has informed its development?

SM: Well, in undergrad I worked my way through making text-based work in the form of signs (a mix of Jenny Holzer and Howard Finster), “truisms”, then went back to painting images of the figure, Alex Katz-scale, with an interest in a kind of proficiency in mark-making and description. Wanting a directness with image has always been the thing that drives my work. I also visited my family in Thailand for the first time during this period, and it was extremely influential on my relationship with color. Later, I started doing still life paintings, with objects scaled up, and to me, still in the realm of sign-painting and mainly assembled in mental space. When I got to grad school, I wanted the still lifes to be self-reflexive and indicate their own sources. I fell in love with the strange logic of Greek and Pompeiian objects and paintings, namely the multiple proscenia in one image and the power of that strategy to envelop the space in front of the work. Also, the tumbling block floor pattern with its intention to confuse and unground became a literal stage for me, and allowed me to fluctuate between representation and illusion. Things were approaching meta for me, and while it did illustrate the way I was thinking about painting, “meta” is a difficult characteristic on repeat. After school, I wanted to isolate this idea of the spectator essentially being pressed up against what they perceive. I started thinking about perception in this way, and the idea took form as a scrim or a hide or paintings with canvas curtains to “announce” the viewing window. My paintings were trying to acknowledge that awareness of being a spectator, and the surface and edges of the canvas became the places to play with this. The canvas came off the stretcher, I got my sense of humor back, and that has led me to now, where I am focusing more on a wider range of imagery as a sometimes-foil for ways to talk about perception. 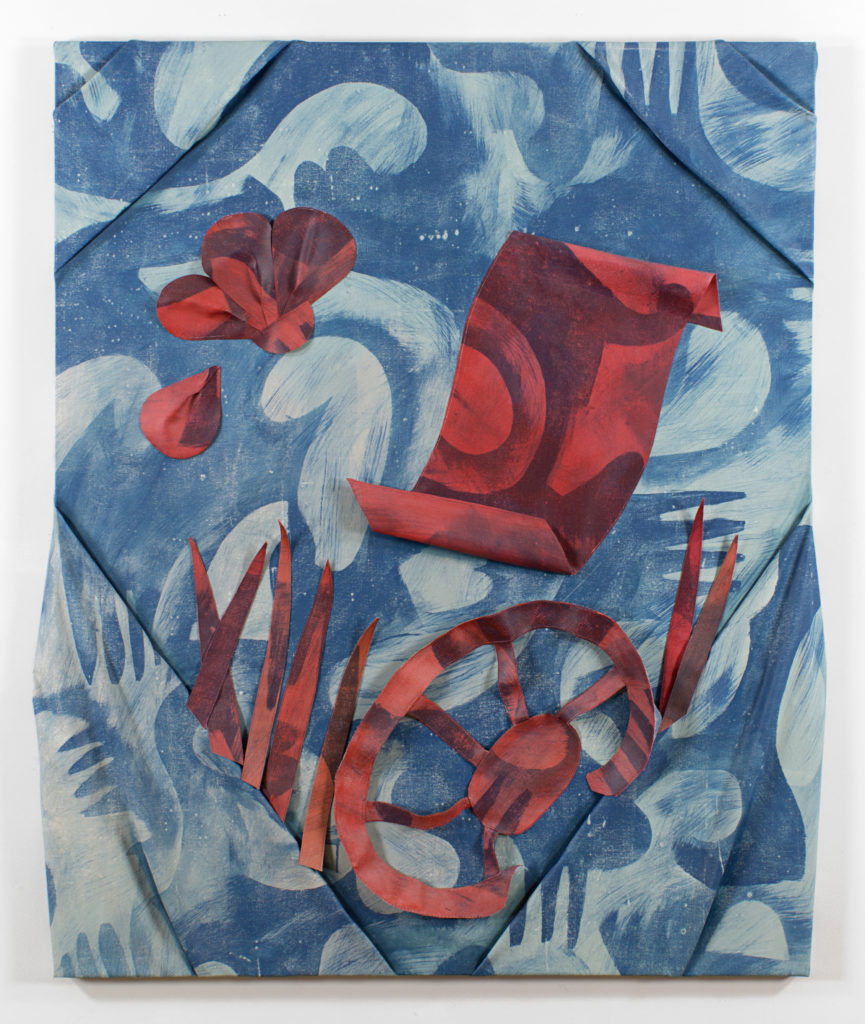 AMM: What role does narrative play in your art?

AM: Part of the narrative for me is to imagine that the work is made by someone else. Some of the sources for the imagery come from traditional Korean painting, Japanese textiles, contemporary Thai film, my daughter’s books, and my own interactions with nature and animals. In these sources, I’m interested in the repetition of imagery that occurs across disciplines and forms like weaving, painting, and clothing, and I try to channel the kind of connection that the images have with their sources – mostly intangible things – beliefs, morals, ways of understanding death, enlightenment. As the maker of these objects, I’m not necessarily interested in taking on these subjects directly through imagery or narrative itself, but I am more comfortable talking about how the physical relief space and the interrupted planes of canvas might indicate nuances in our understanding of reality. With all that, narrative does play an important part in the work, because it’s the thing that guides how the image is constructed. So, I have to consider, “how do I make these catfish mouths gape wide open?” and then I can respond.

AMM: How do you play with scale and optical illusion in your work, and to what effect?

SM: I think my decisions with scale have to do with the way that I want people to encounter the images, but physicalities of the canvas and sewn forms also determine this. The variations that come with using the canvas as material help to complete illusory and even narrative aspects in the work. The thing I’m chasing the most with my work are those moments when the canvas, painting, and frame are all working together to describe a specific quality, moment, or action. There are always the moments before things are resolved where it’s like a puzzle and makes no sense at all. Then SHAZAM!

AMM: What ideas are you currently exploring in your work? Where do you see this taking you?

SM: There is a community of cowboys in Thailand that I’m very interested in. I first encountered them several years ago at the weekend market in Bangkok when I lived in there. Some kind of mean looking shirtless guys with Wranglers, big belt buckles, cowboy boots, Buddhist tattoos and amulets. They were selling Western-style clothes and accoutrements. Even though my father is Thai, I’m basically a tourist there, having grown up in Oklahoma, where cowboys also exist. I remember feeling very floored and like tingly; it was two very distinct and distant parts of my identity combined, which I found to be thrilling and hilarious. I also had that feeling when I saw Tears of the Black Tiger, a Thai Spaghetti Western, for the first time – I cried during the whole movie. Sometimes people can see this weird mix in my work, and although it’s not what the work is about topically, it is in there. 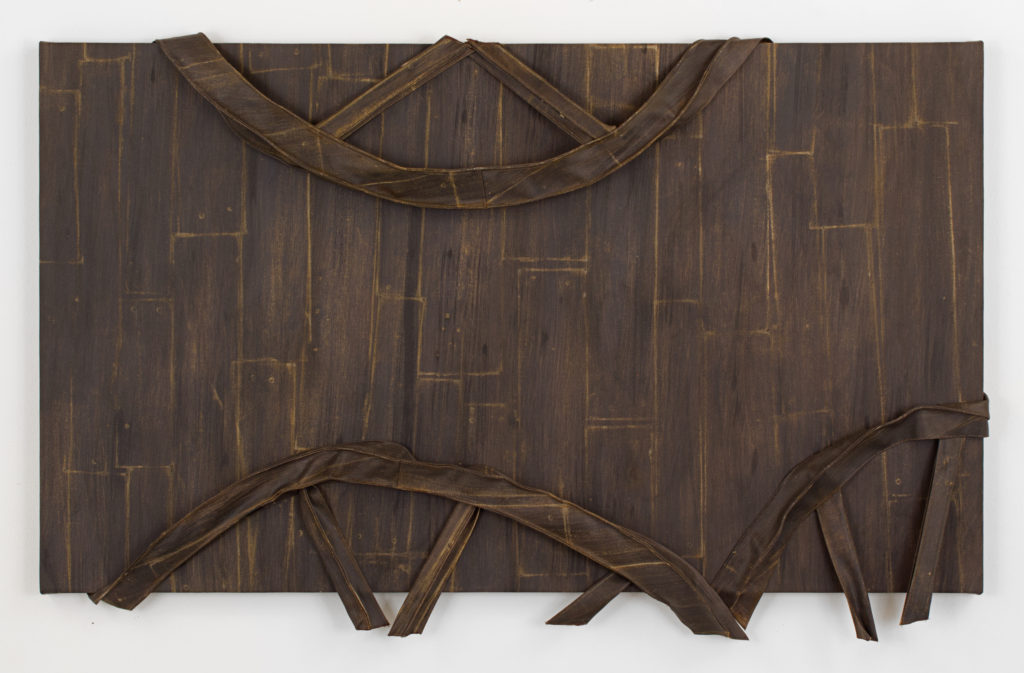 AMM: What is your process of working?

SM: I have gone back to a way of working that involves envisioning paintings, and that usually comes through a direct experience from looking at art, something I read, things in my life, or through closing my eyes until things approach. I do little sketches of the ideas, and then typically commit to making one at a time. The actual work always veers away from the first idea, and that happens at every stage where things are tangible. I like working through this drama. The first drawings usually address the image part of the work, and then a combination of material tests and lame diagrams try to sort out the rest. Then I start painting, and sometimes that throws everything off if the scale and color go another direction. Once I start painting the canvas, there’s some kind of plan in place, because I try to estimate how much of the “painted material” I’ll need. One thing that happens with my process is that I have to do certain things in order, so I make lists. “Under painting. Paint extra piece for nipples / thighs. Build stretcher. Sew circle to back of teats to hold cups in place…”

I do most of the sewing on the floor because the multiple layers of large canvas are too bulky for my small table. I sit on a pillow, totally hunched over, using my knee, hand or foot to operate the pedal. My poor sewing machine is a very basic home machine; it really takes a beating. Someday, a more professional machine with a longer arm will do!

It’s kind of ridiculous, but I seem to have built in a “moment-of-truth” aspect in my work, which is when the canvas is stretched on the stretcher. Even though the canvas might come on and off as I’m thinking through things, it really is the moment where everything comes together. Backwards painting, I guess.

AMM: Do you have any daily rituals that feed you creatively?

SM: Coffee, meditating, and thinking and planning in bed. I also consult the I Ching from time to time, just so I can get some perspective regarding crossing or not crossing the Great River, or if I should advance with my soldiers, begin sprouting, or clean the upset stew. You know?

AMM: What are you reading, watching, listening to right now?

SM: I’m reading a book on Japanese Film through the 50s. Right now watching The Naked Island (Kaneto Shindo) and wanting to watch A Day on the Grand Canal with the Emperor of China or: Surface Is Illusion But So Is depth (David Hockney). And much influenced by watching

AMM: Do you have any exciting projects coming up? What’s next for you?

SM: I’m starting to work on a series of paintings surrounding the idea of “spraying”. Fountains, cat urine, blood, and milk – and more small editions on unstretched canvas.

Find out more about the artist: www.susanmetrican.com 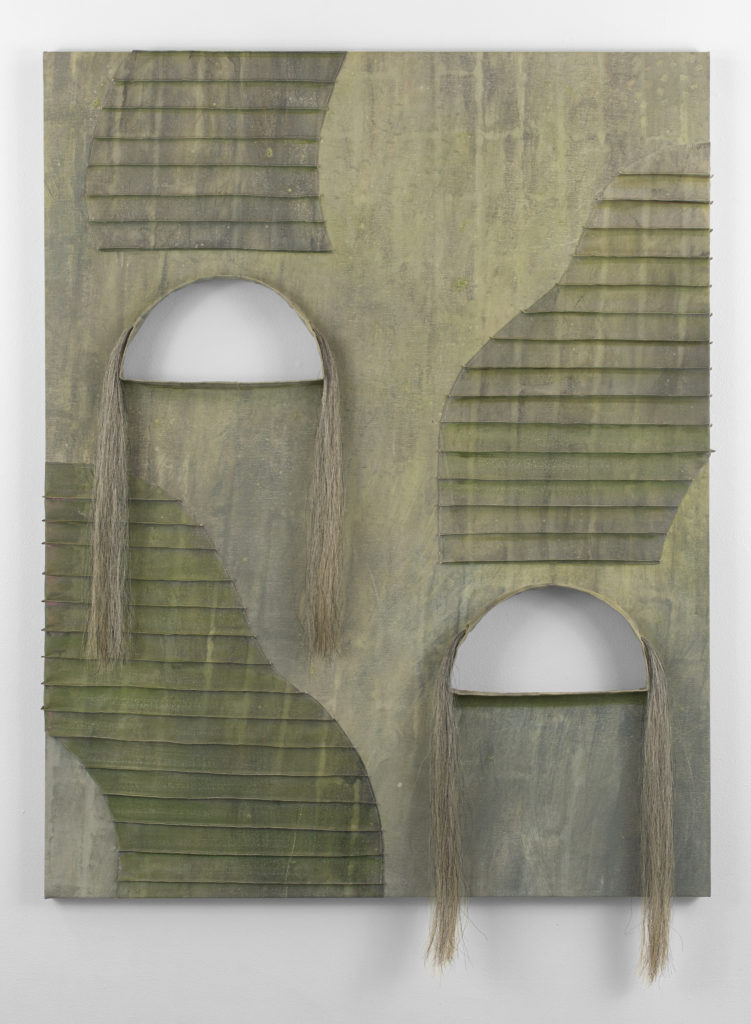