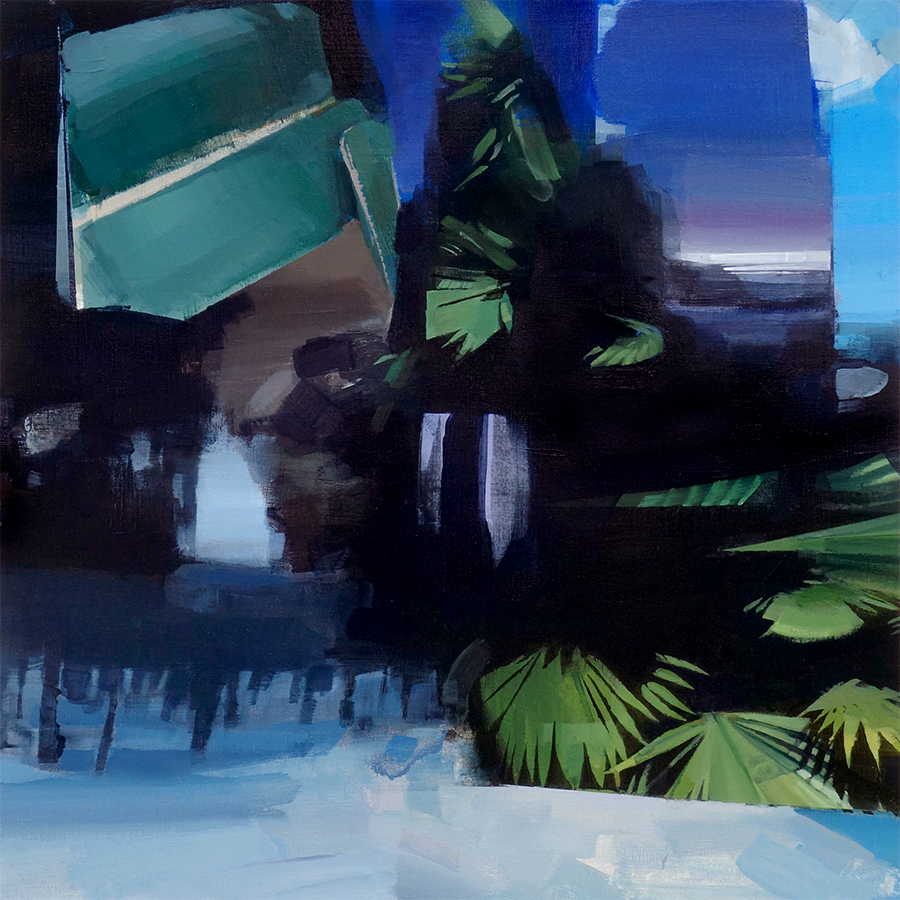 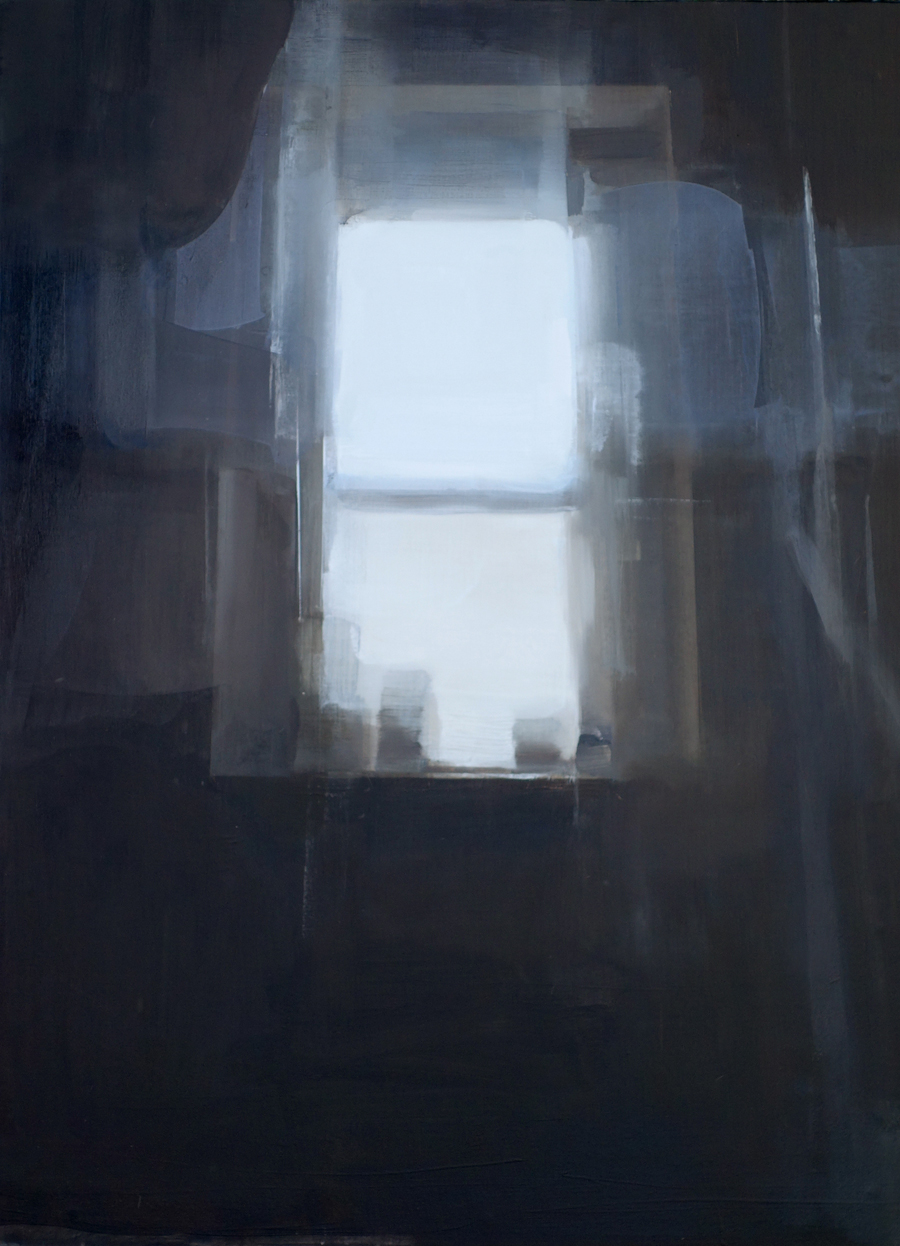 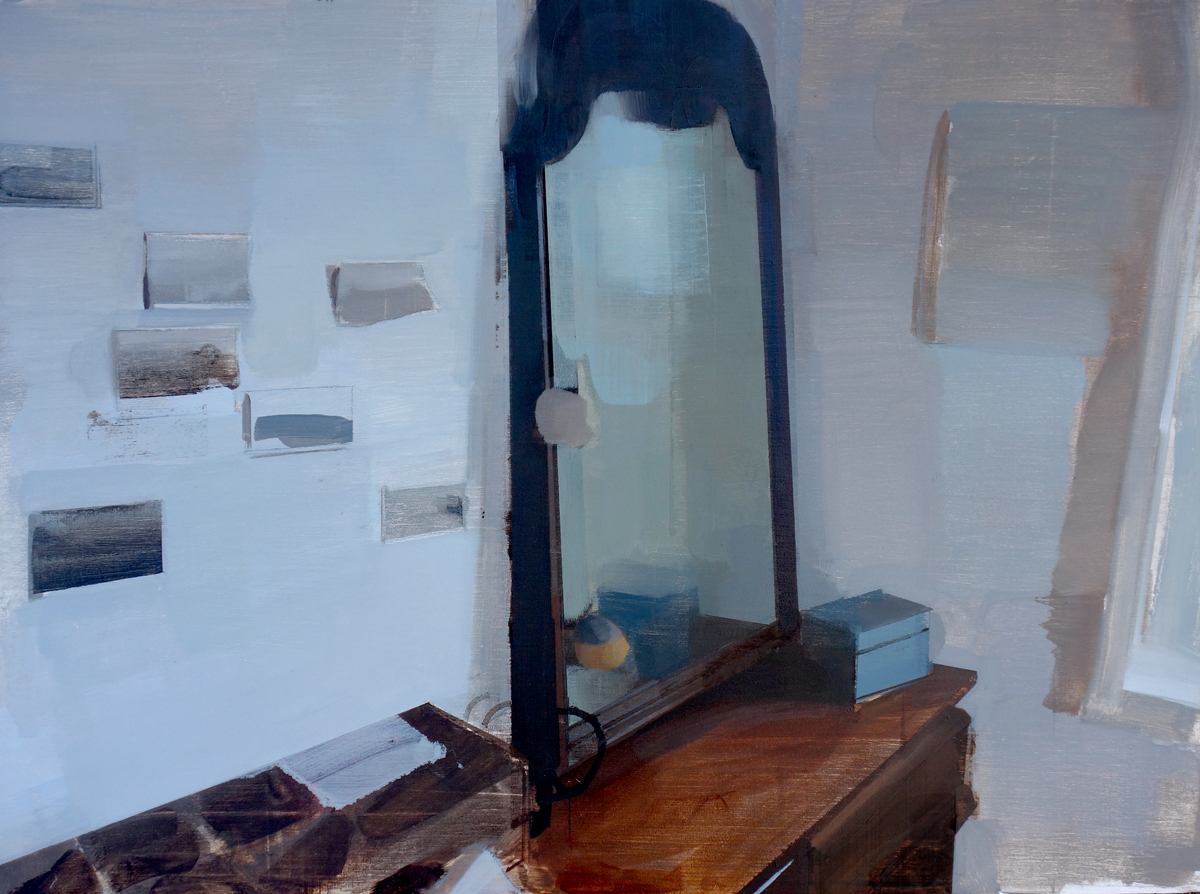 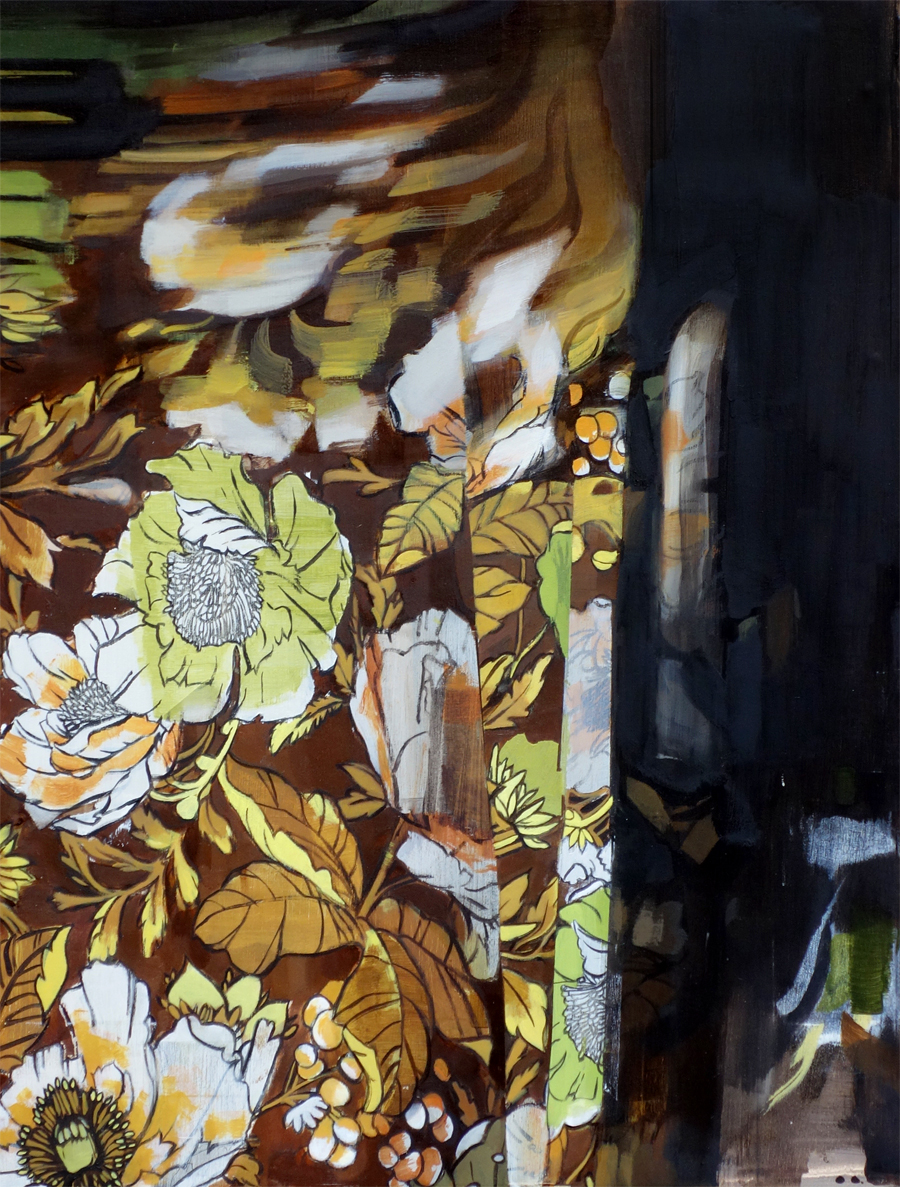 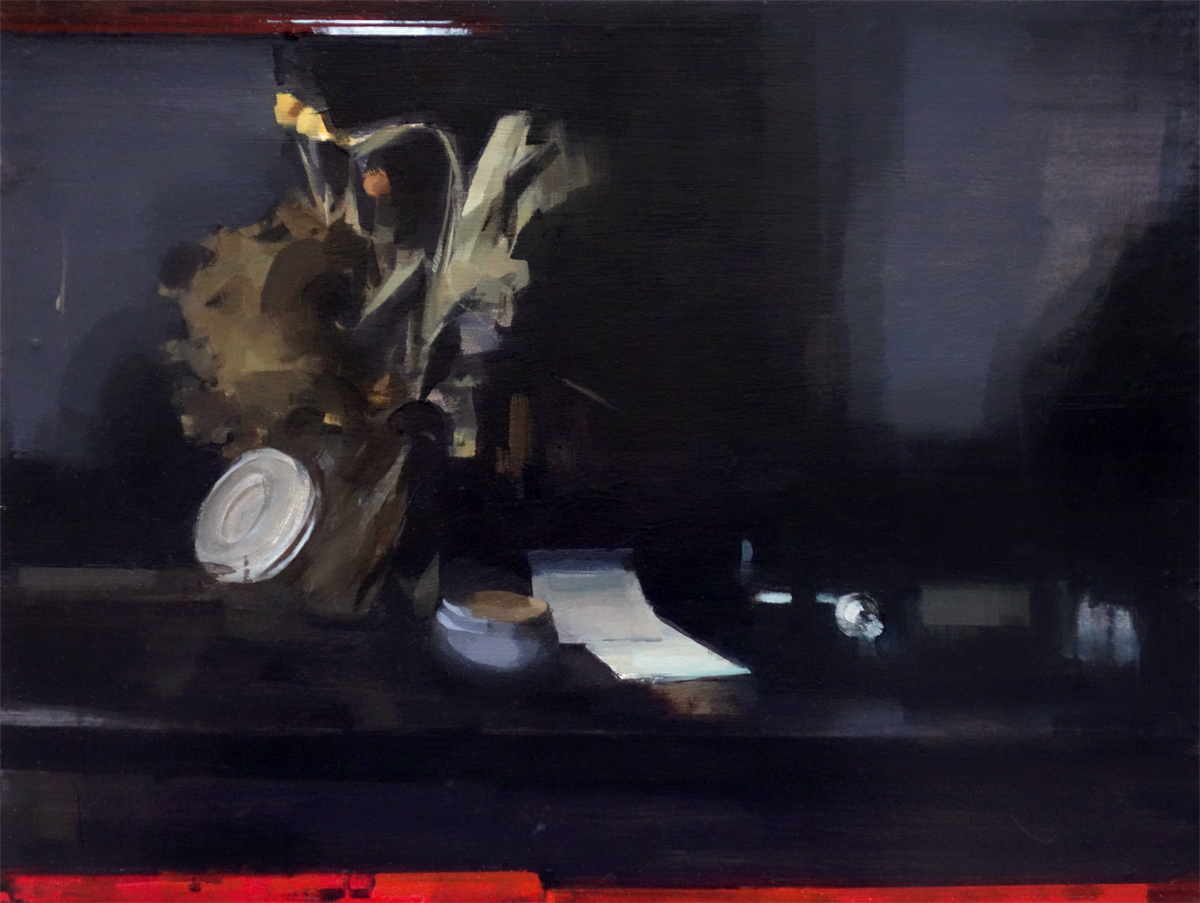 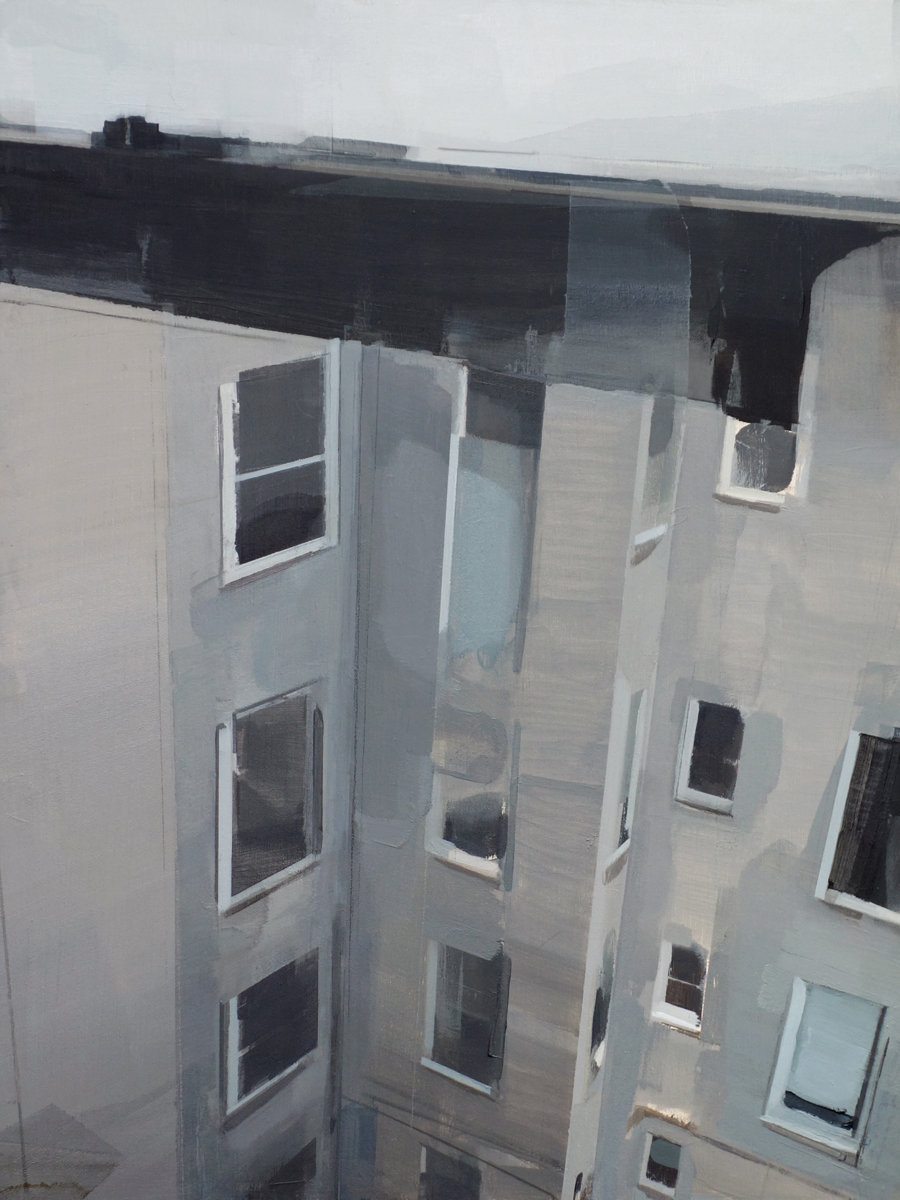 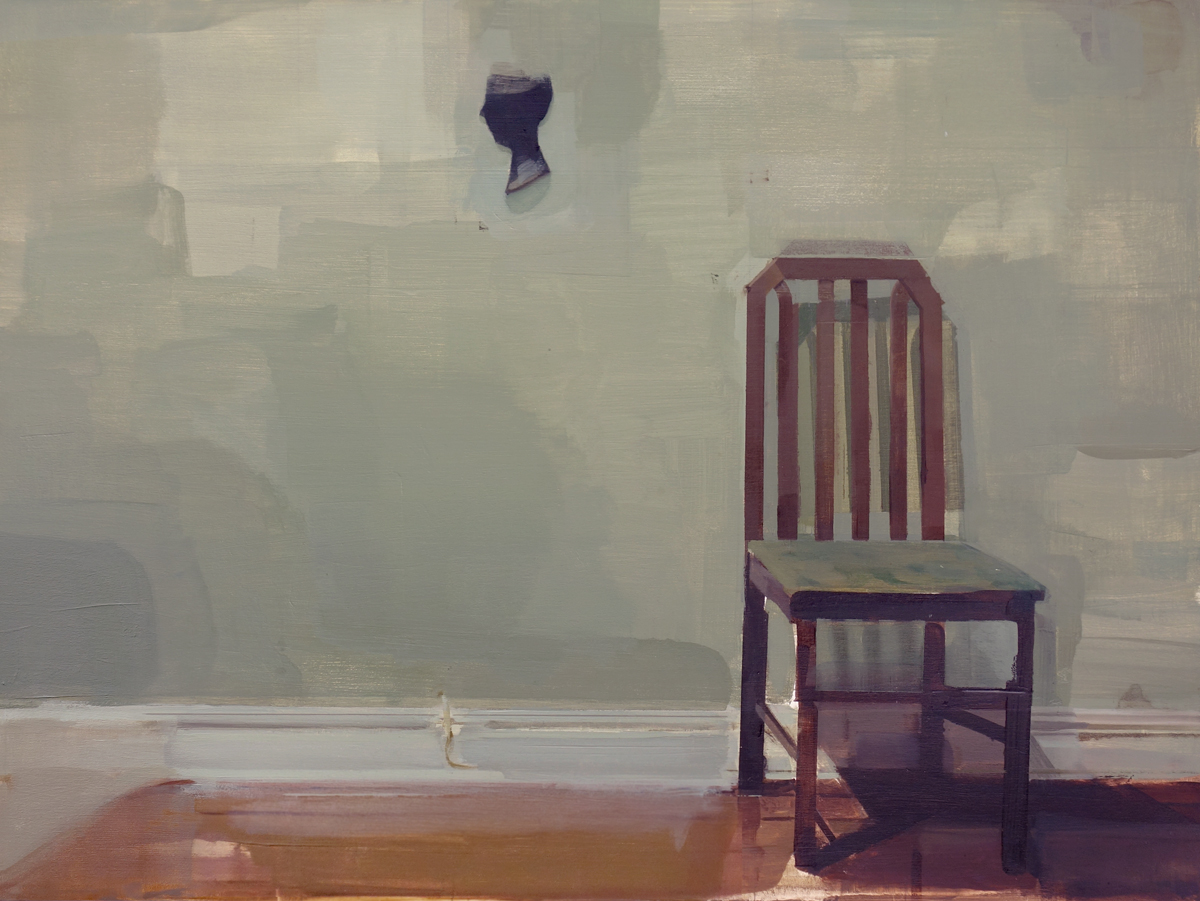 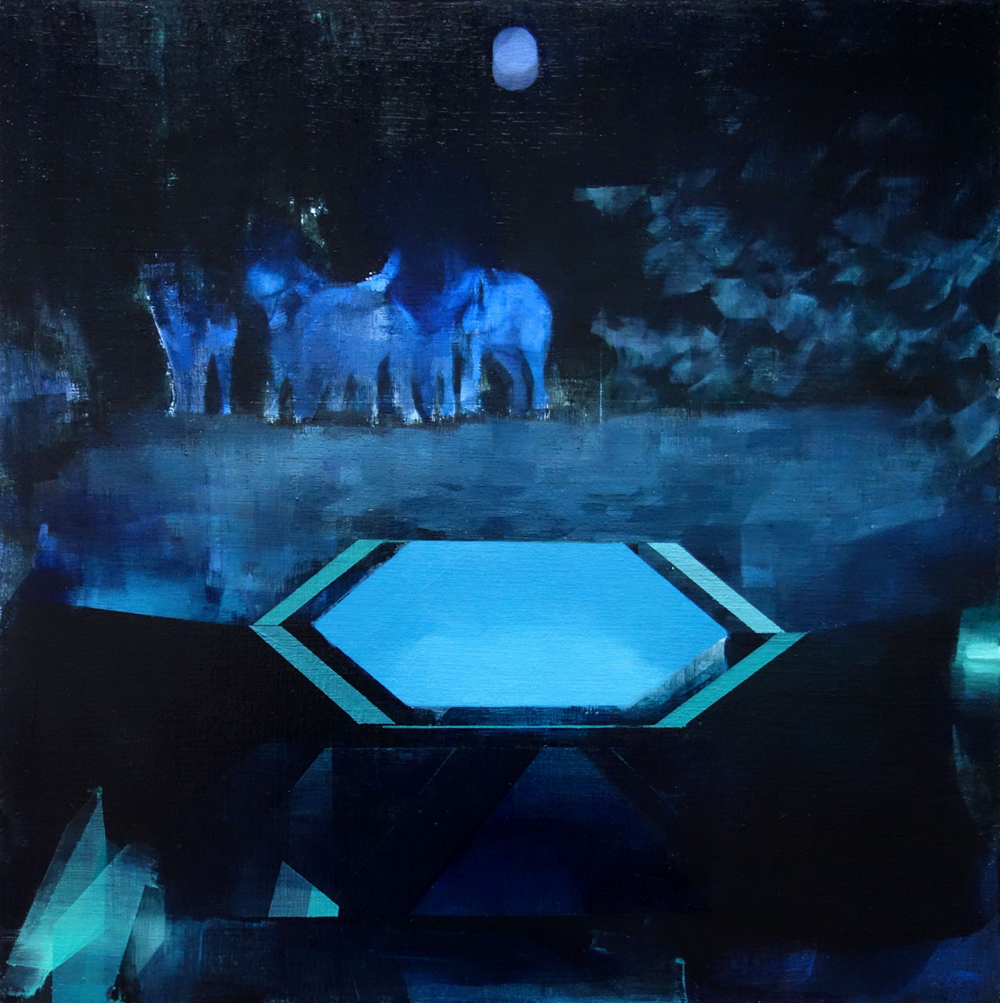 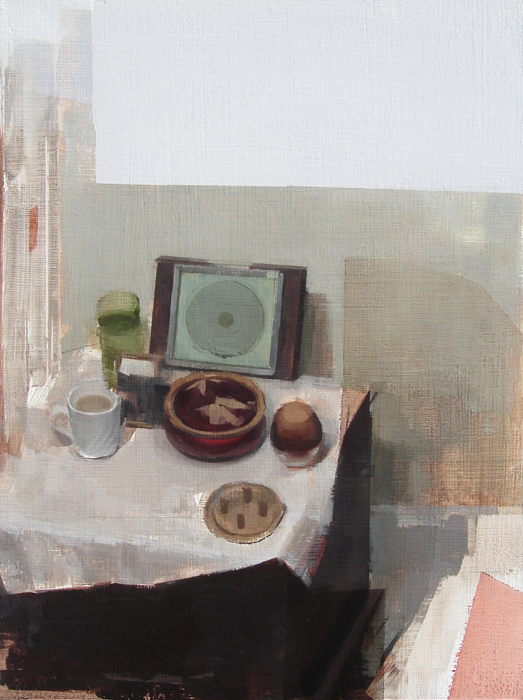 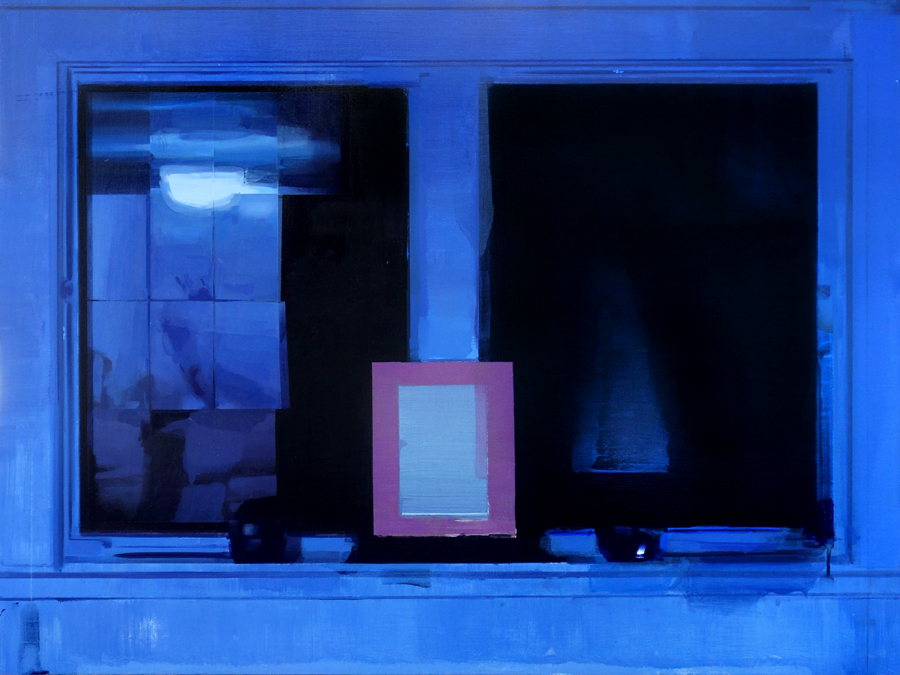 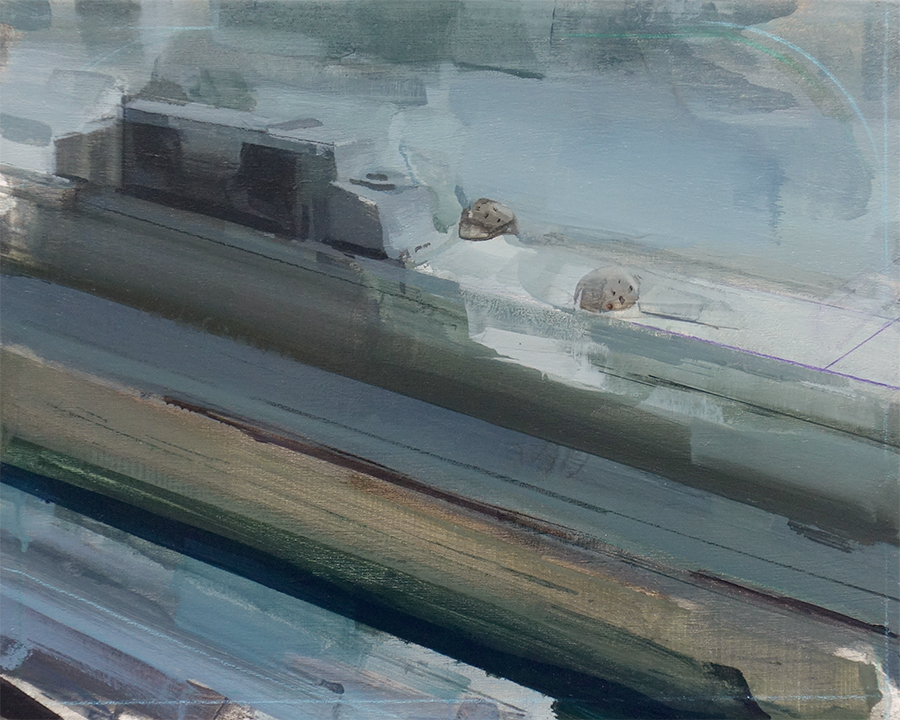 Mike Ryczek
My tendency has always been to want to dismantle things in order to make sense of the world around me, and I think that is essentially what art is: dismantling and rearranging with the hopes of gaining insight into the raw materials you began with. I love realist art that manages to please the senses, capture the tangible world and illuminate all it’s wonderful subtleties. I also appreciate art that forgoes direct representation and instead uses abstract shape and color to communicate a strong concept.

This being said, my paintings try to synthesize all of these elements and ideally speak to both my love of beauty and intelligence. My work oftentimes does not include the human figure, but it is usually an attempt to deconstruct the human condition through the use of imagery I find interesting and contradictory. Although I enjoy writing about my work, I also want it to be open to interpretation and to promote discussion as I find my explanations to be no more or less valid than those of the viewer.

Art for me serves two main purposes: as a mode of cathartic release and fulfillment for the artist, and as a projector screen onto which the viewer can see his or her own most inexplicable, intimate thoughts and feelings expressed for them in a way they might not be able to express themselves.

Mike was born in New Haven, CT and grew up in a very unremarkable, middle-class New England neighborhood in Wallingford, CT – a very unremarkable, middle-class New England town. His father a historian and his mother an english-lit grad and librarian, he started out more influenced by words than pictures. Although painting and music would eventually become his greatest obsessions, he did not descend from an exceptionally creative or artistic lineage, nor did he spend his early years traveling the globe and absorbing a variety of cultures and artistic influences. Quite the contrary, he enjoyed a fairly tame and insulated childhood, remaining in his hometown right up until leaving for college. He was neither immersed in art and culture nor completely isolated from it, but just as moderately exposed as most kids growing up in a largely white suburban community.

Despite being told later in life that he drew constantly as a child, he did not spend his youth confident that he would grow up to become an artist. While always having a vague idea that he wanted to do something artistic, his decision to attend art school was mostly a product of indecision and his view of art as a relatively unintimidating field of study. He attended Montserrat College of Art in Beverly, MA in 2002, where he gravitated toward no one teacher in particular, participated only in mandatory exhibitions and barely scraped by due to mounting absences. He graduated in 2006 with a BFA in Illustration, a concentration that he soon after decided he didn’t want to pursue.

When he’s not busy fretting about his future or what other people think about him, Mike enjoys sharing an uncomfortable amount of personal information in biographies he writes about himself in the third person. Mike lives and works as a painter and designer in West Newton, MA with his girlfriend Liz and their rotund but lovable cat Izzy. One has been consistently supportive of his artistic pursuits and the other has consistently whined for food and woken him up every morning with her incessant meowing.

Find out more about the artist: www.mryczek.com