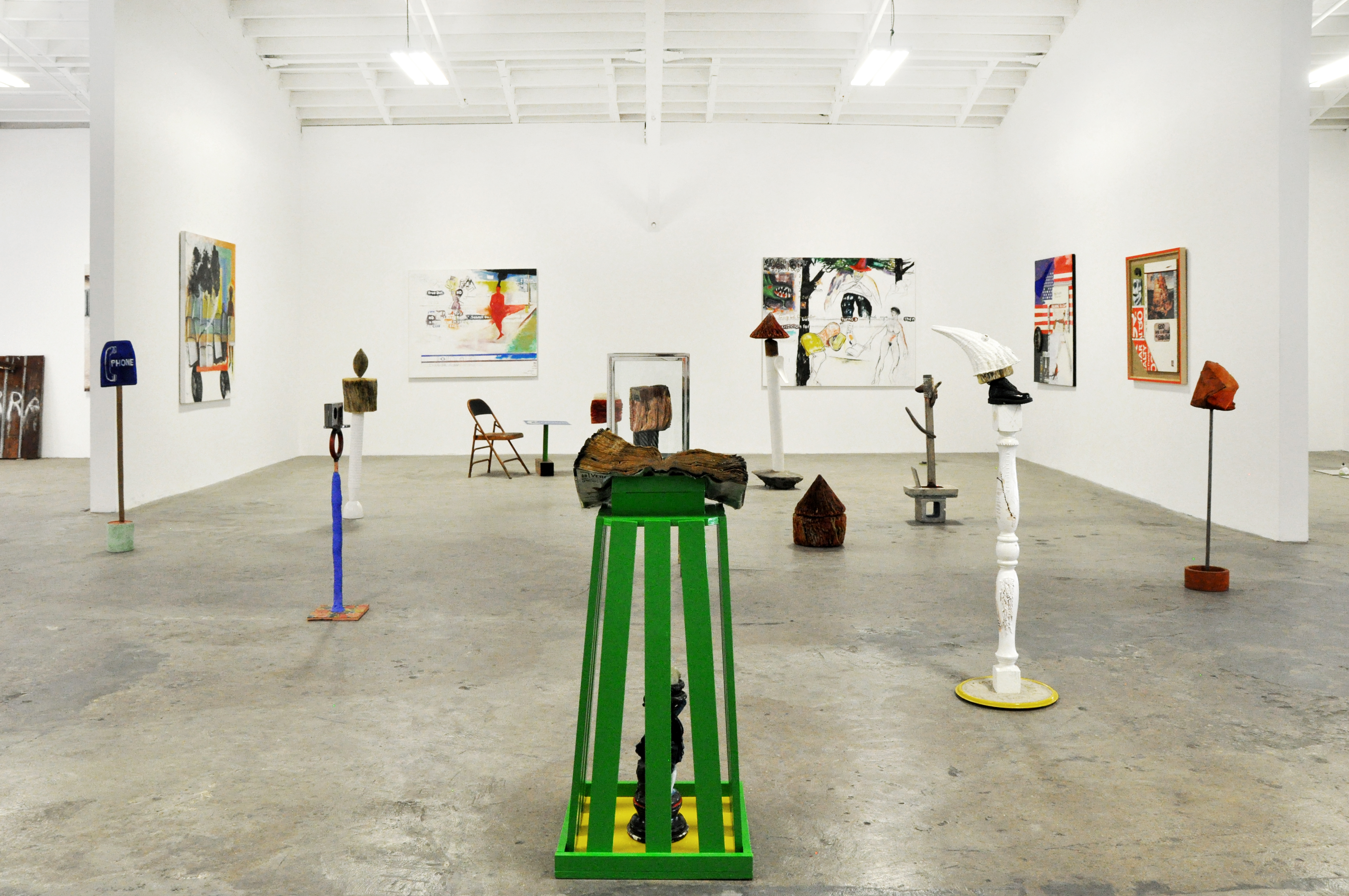 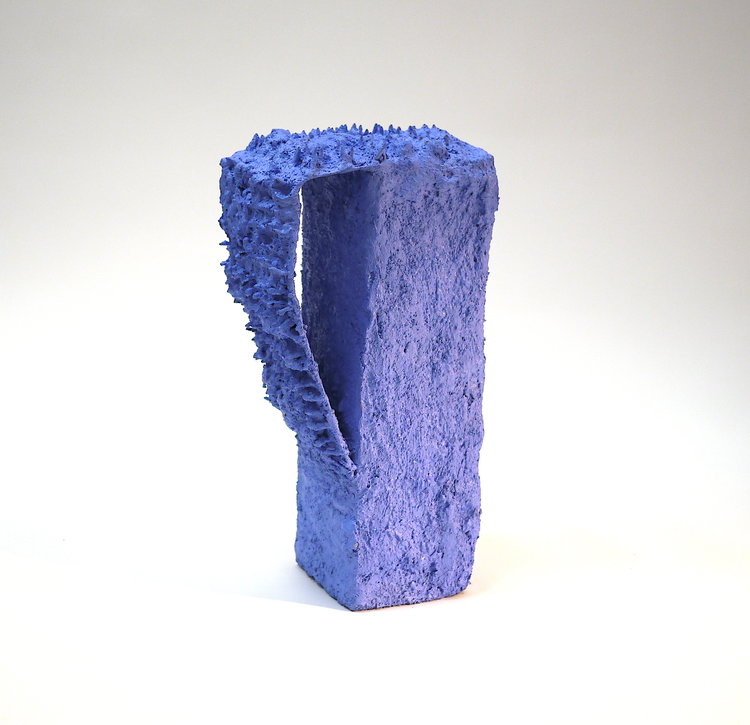 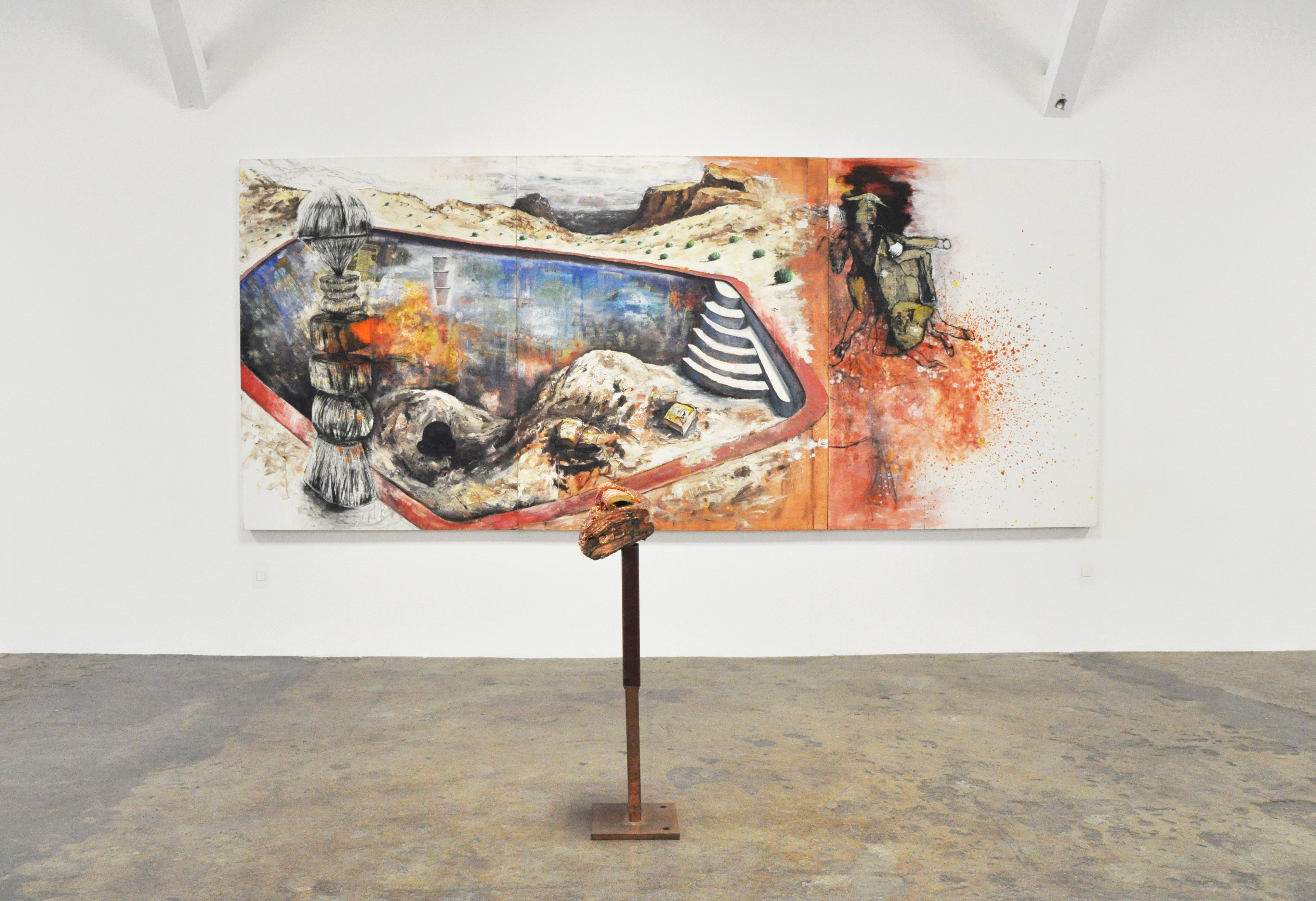 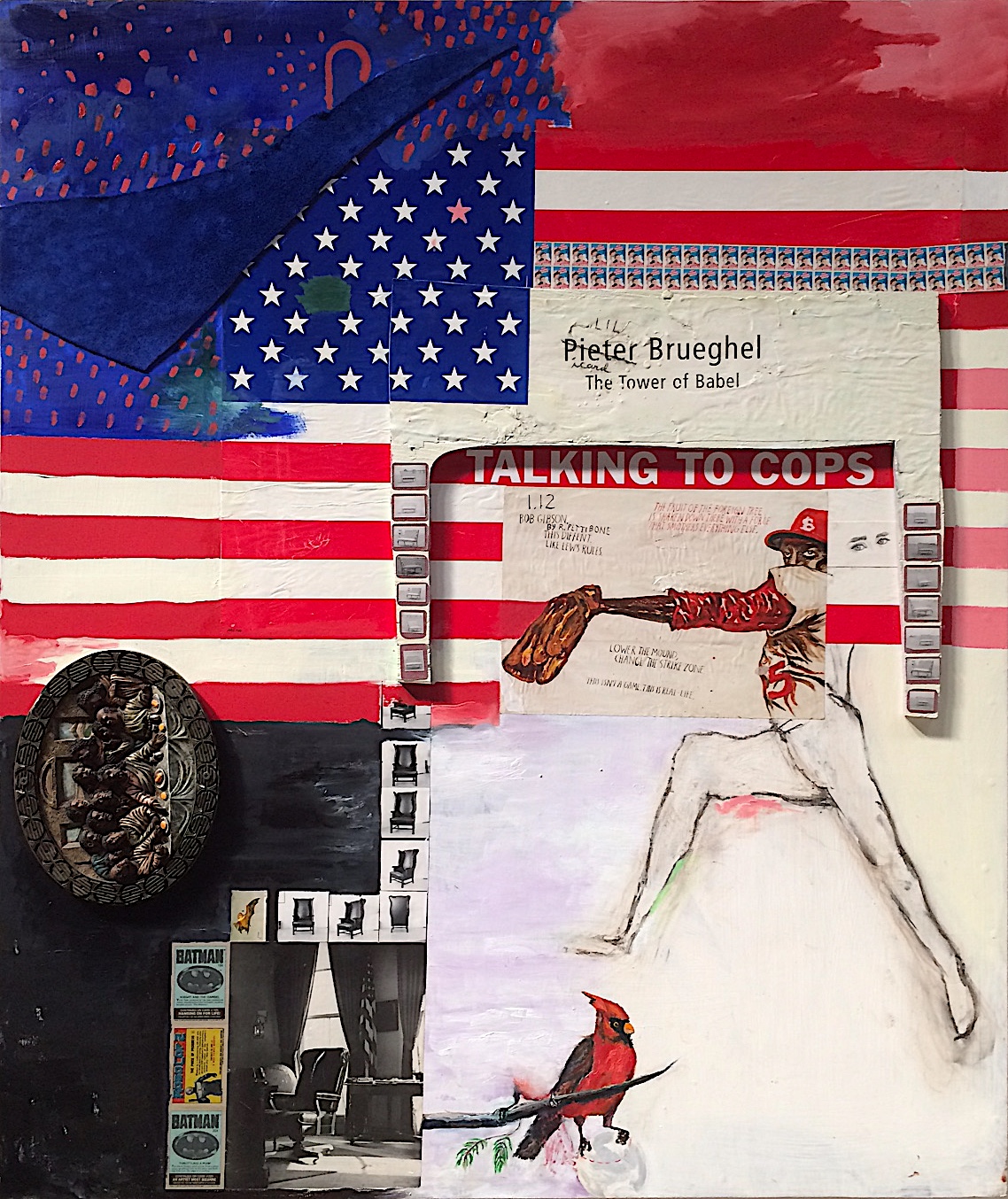 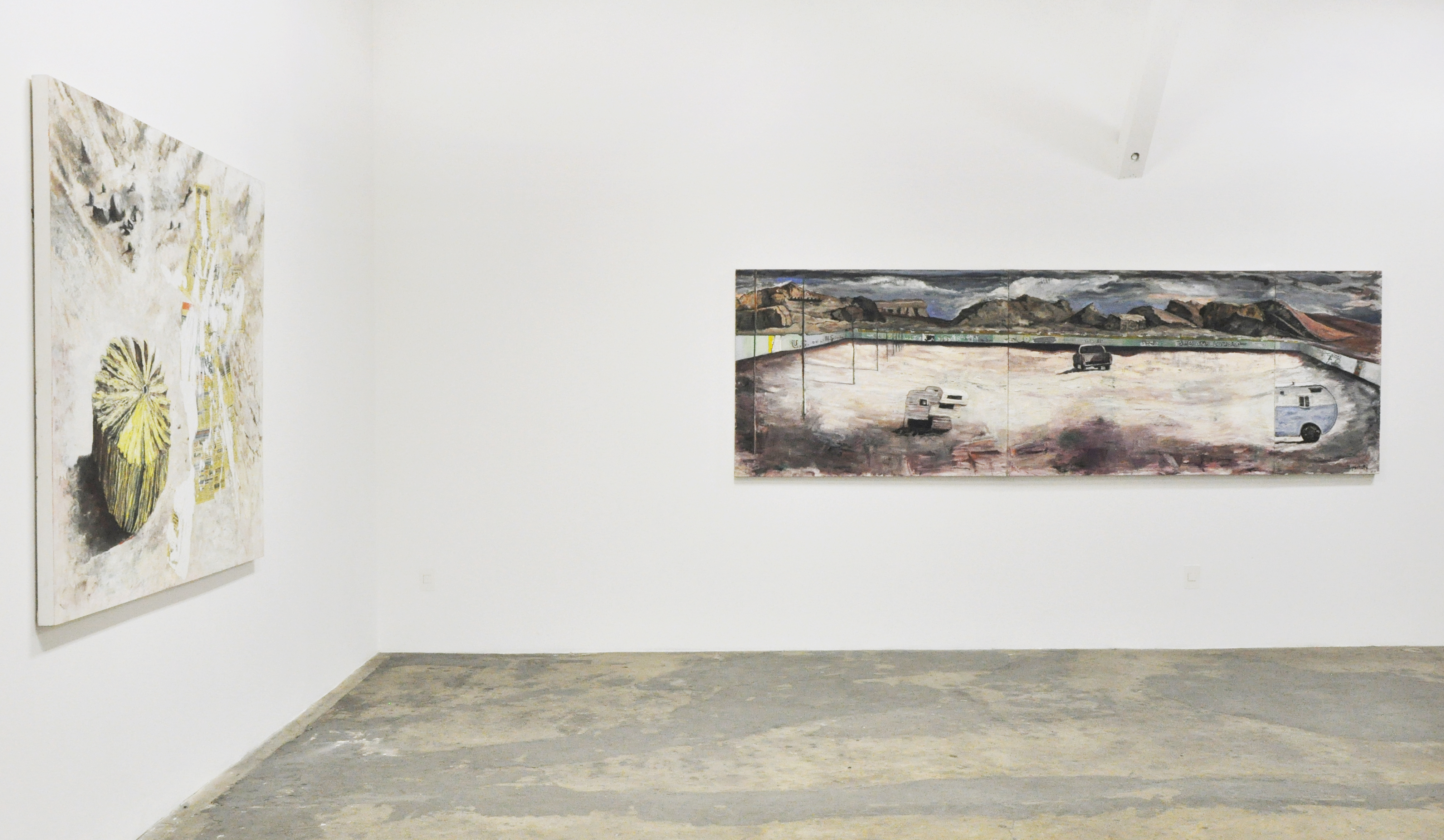 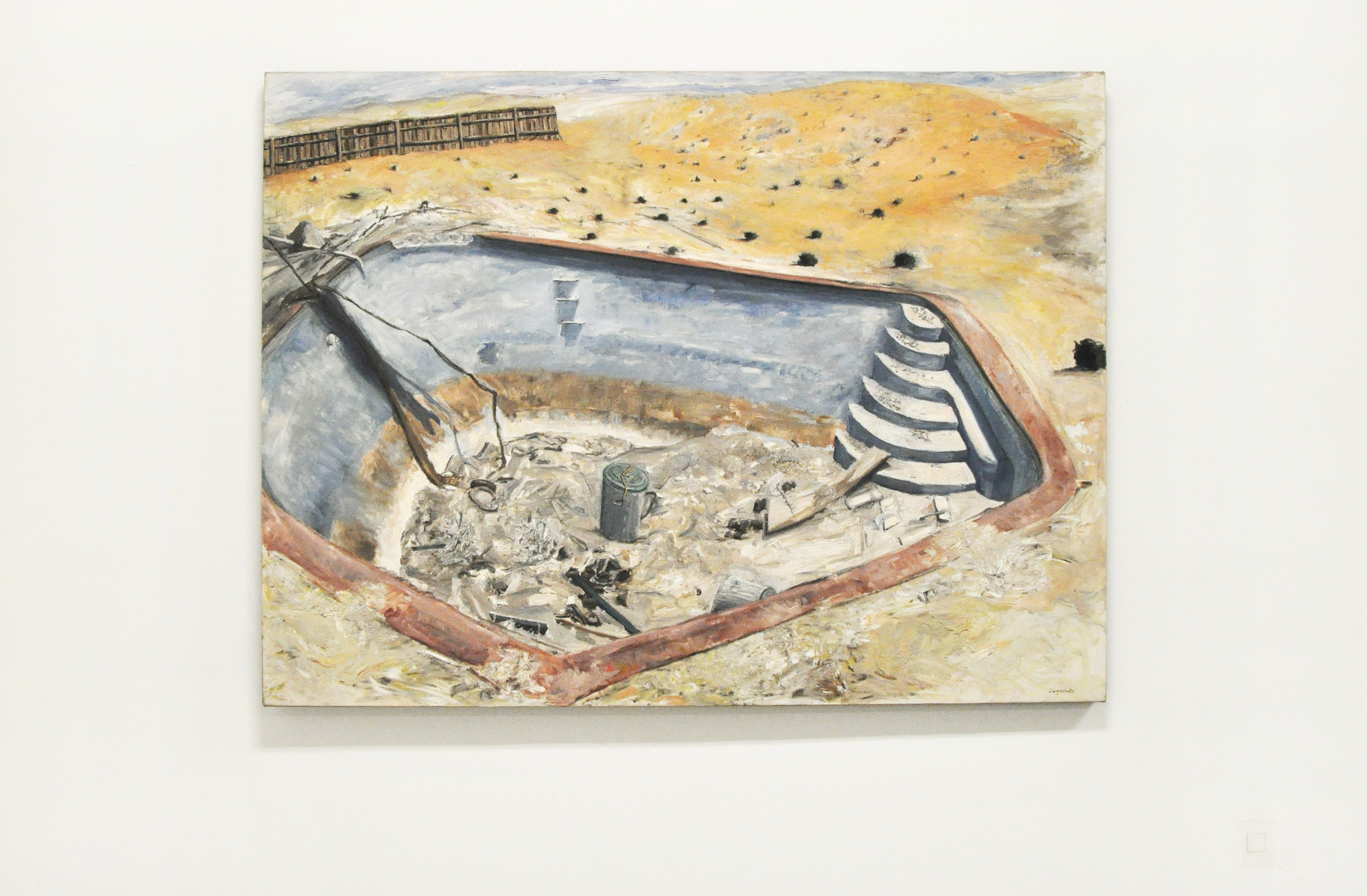 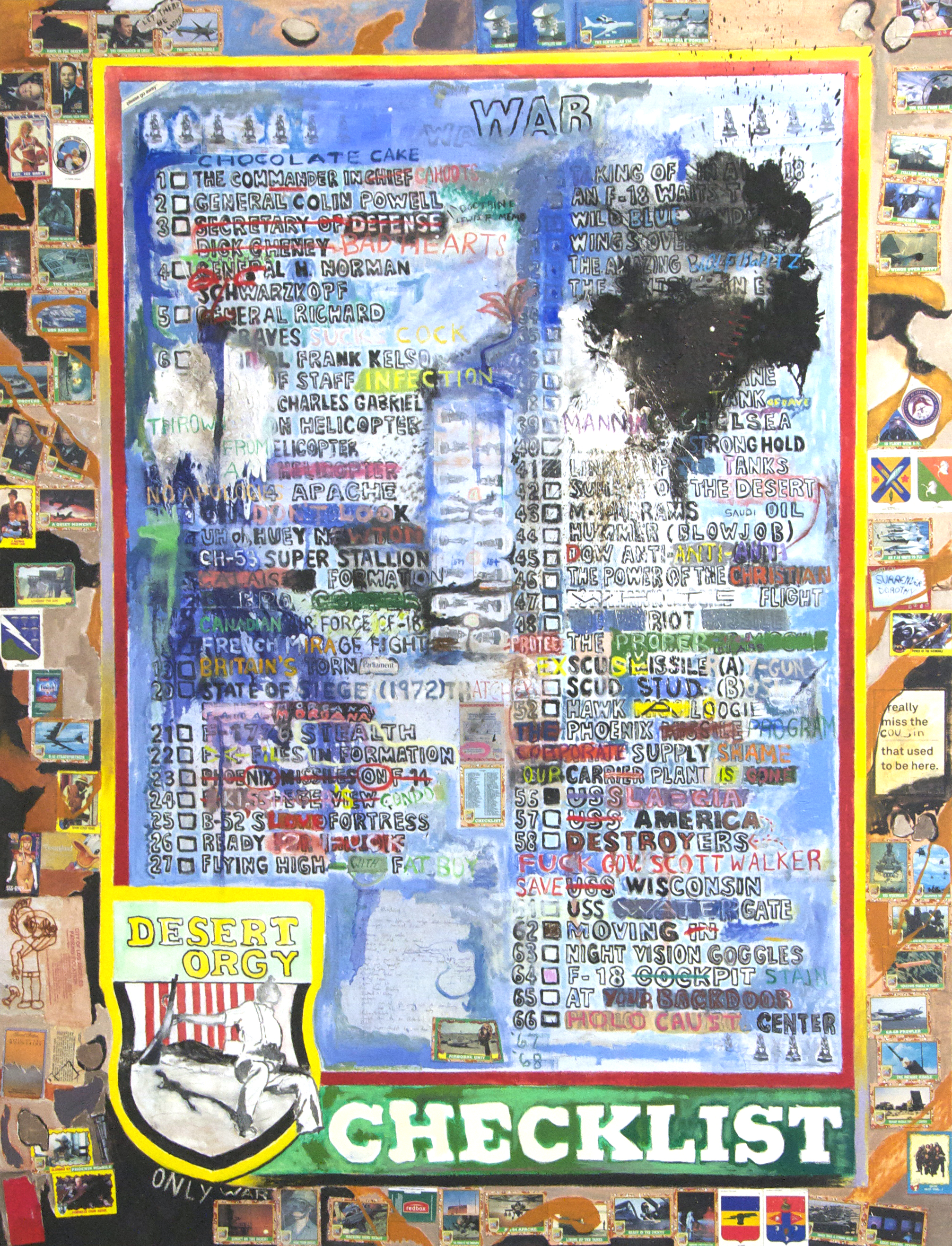 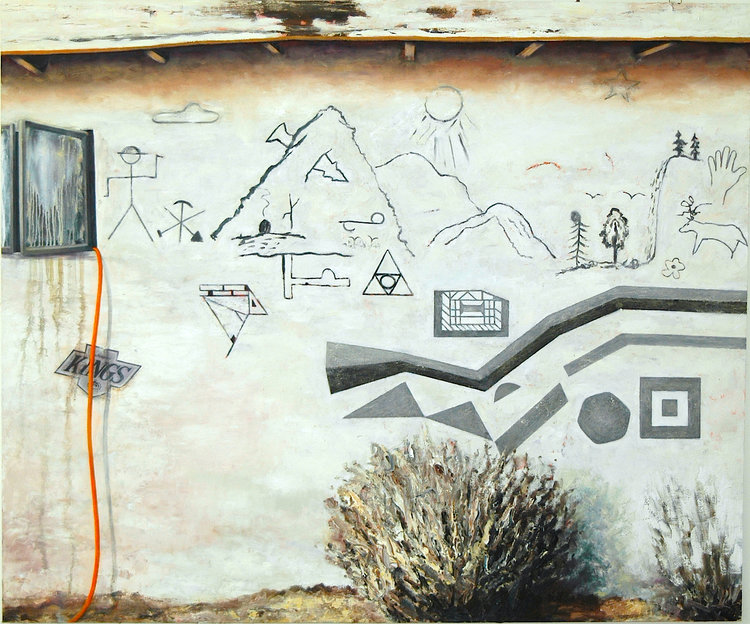 This intimate father and son collaboration of “Lipschutz or Lipschutz” derived from each of the artists’ last names entails a cross generational exploration of systems and ideas of land and societies we adhere to both mentally and physically in the United States. The show drifts between paintings and sculptures that all share the same earthly color palates. These earth tones are contrasted with bursts of sudden pigment to remind you of their original associations commerciality, that are harshly distinct to the landscapes that surround them.

The floor sculptures in the show give a nod to the history of assemblage while the repainted stacked sculptures show the dilapidation and excess of the everyday object being used and then discarded. The stacking mechanism used to compile the objects is read visually as a totem from top to bottom, telling us a story of urbanization and inevitable accumulations of waste.

Vulnerable landscapes are described in the paintings around the gallery, and we see the beautiful compositions of horrifying post-human settlements. Detailed paintings of abandoned places show the vulnerability of the earth and how we are pushing it to the brink. The father and son duo crosses generational divides to capture a rich mass of time of capitalism in America and all of the complexities that comes with it. Time, globalism, and meditations on deconstruction are all fondly considered and questioned in this multi-faceted show.

Jeff Lipschutz (b. 1950 in Atlantic City) lives and works in Los Angeles. He grew up in Eagle Mountain, CA, which became a ghost town in 1982. He holds a BA in Philosophy from Pomona College and an MFA from San Francisco State University. He holds the position of Emeritus Distinguished Professor of Art at the University of Wisconsin, Oshkosh, where he taught painting for twenty-seven years.

Mike Lipschutz (b. 1986 in San Francisco) lives and works in Los Angeles. He grew up in Oshkosh, WI and holds a BFA from SUNY Purchase Film Conservatory. Aside from making sculptures and paintings, he is a writer and web series creator.