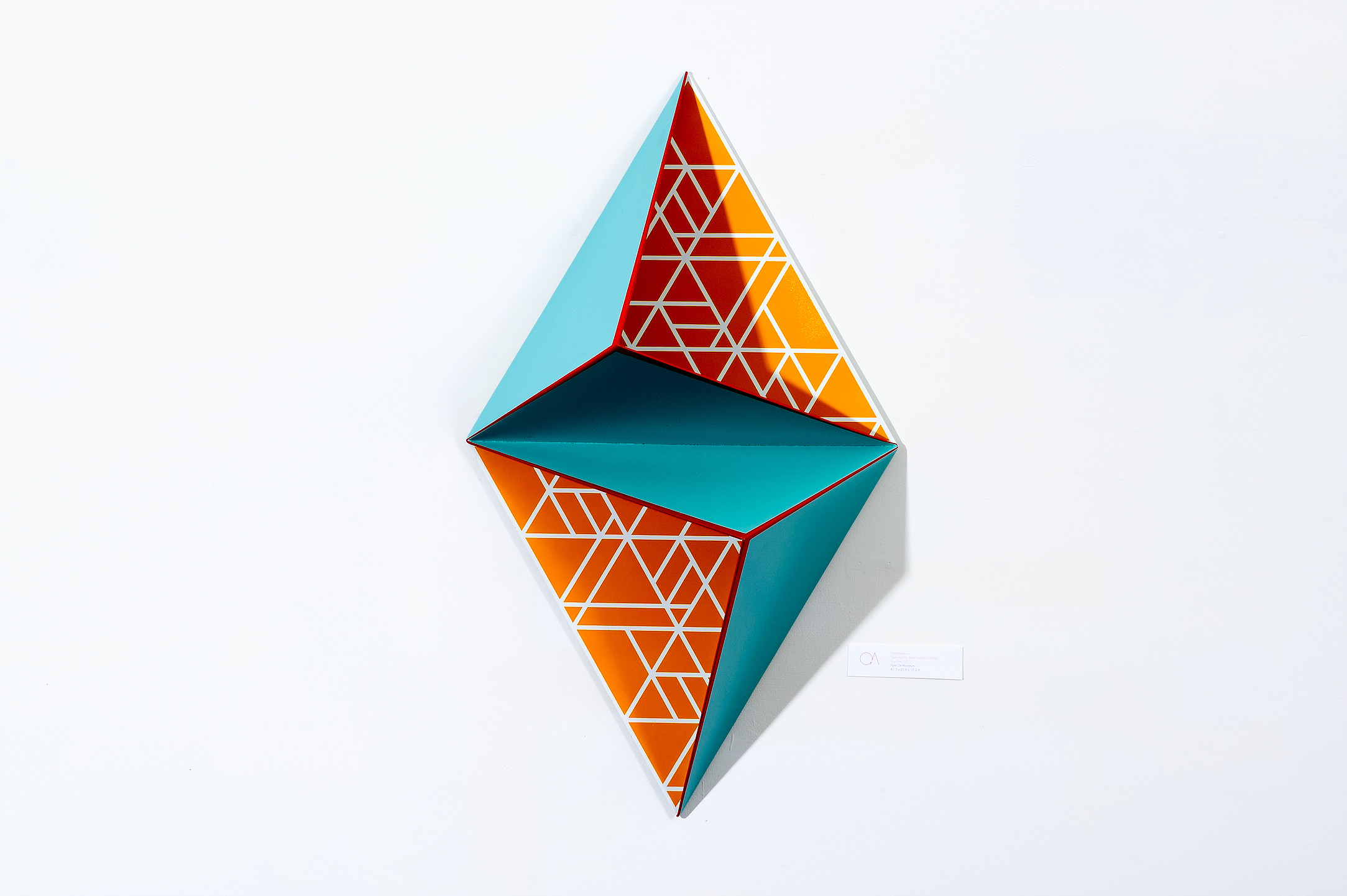 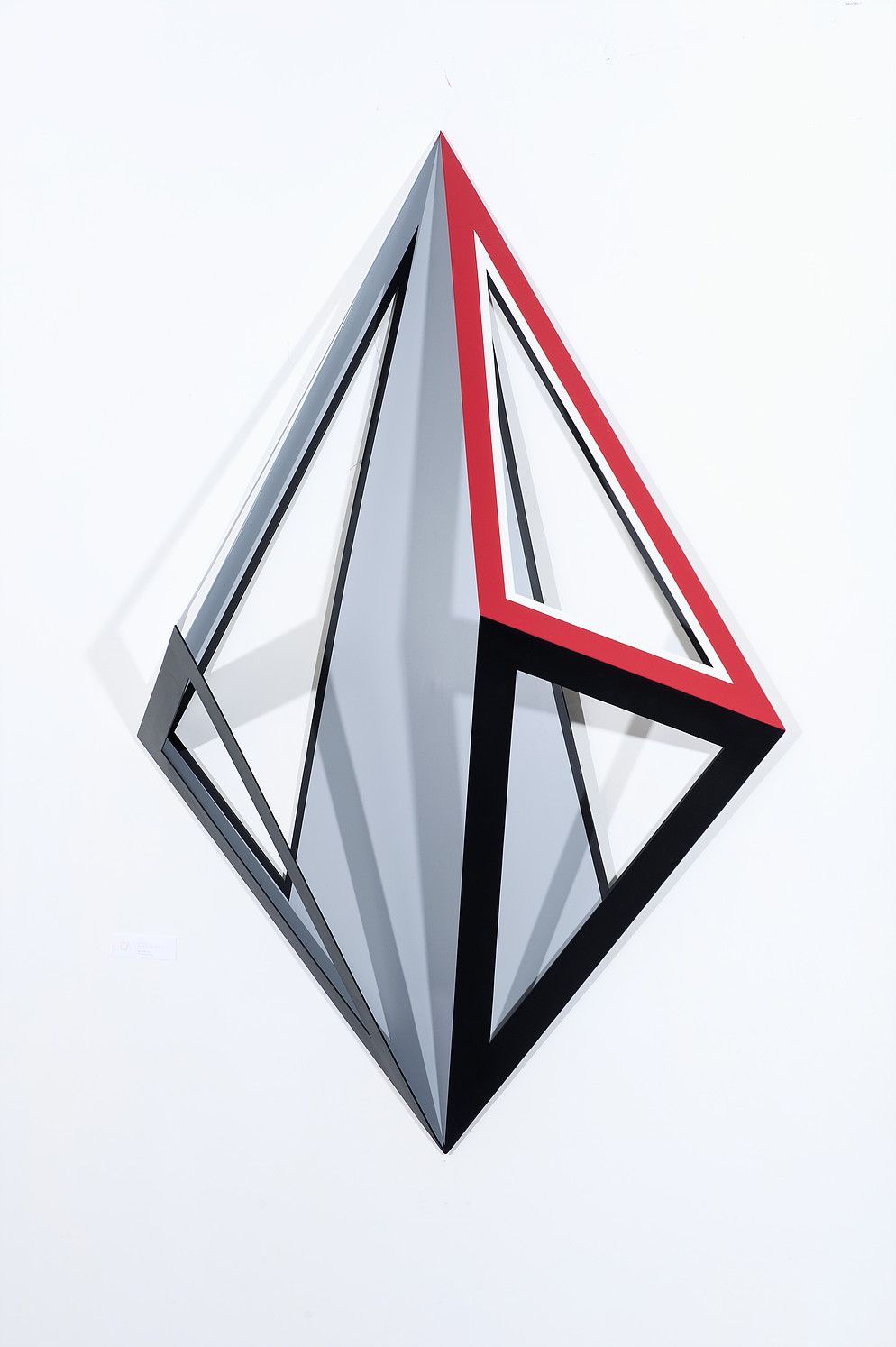 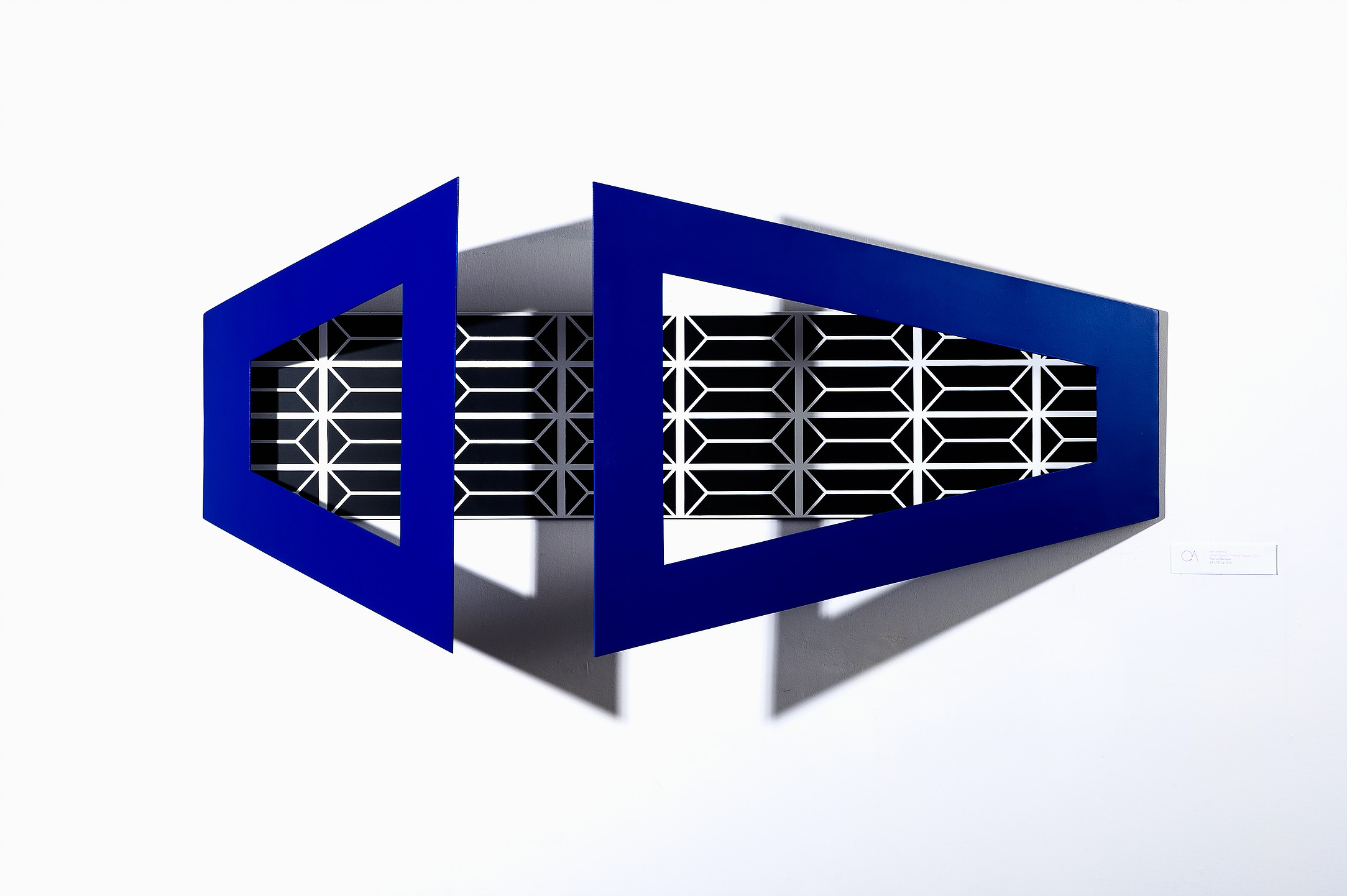 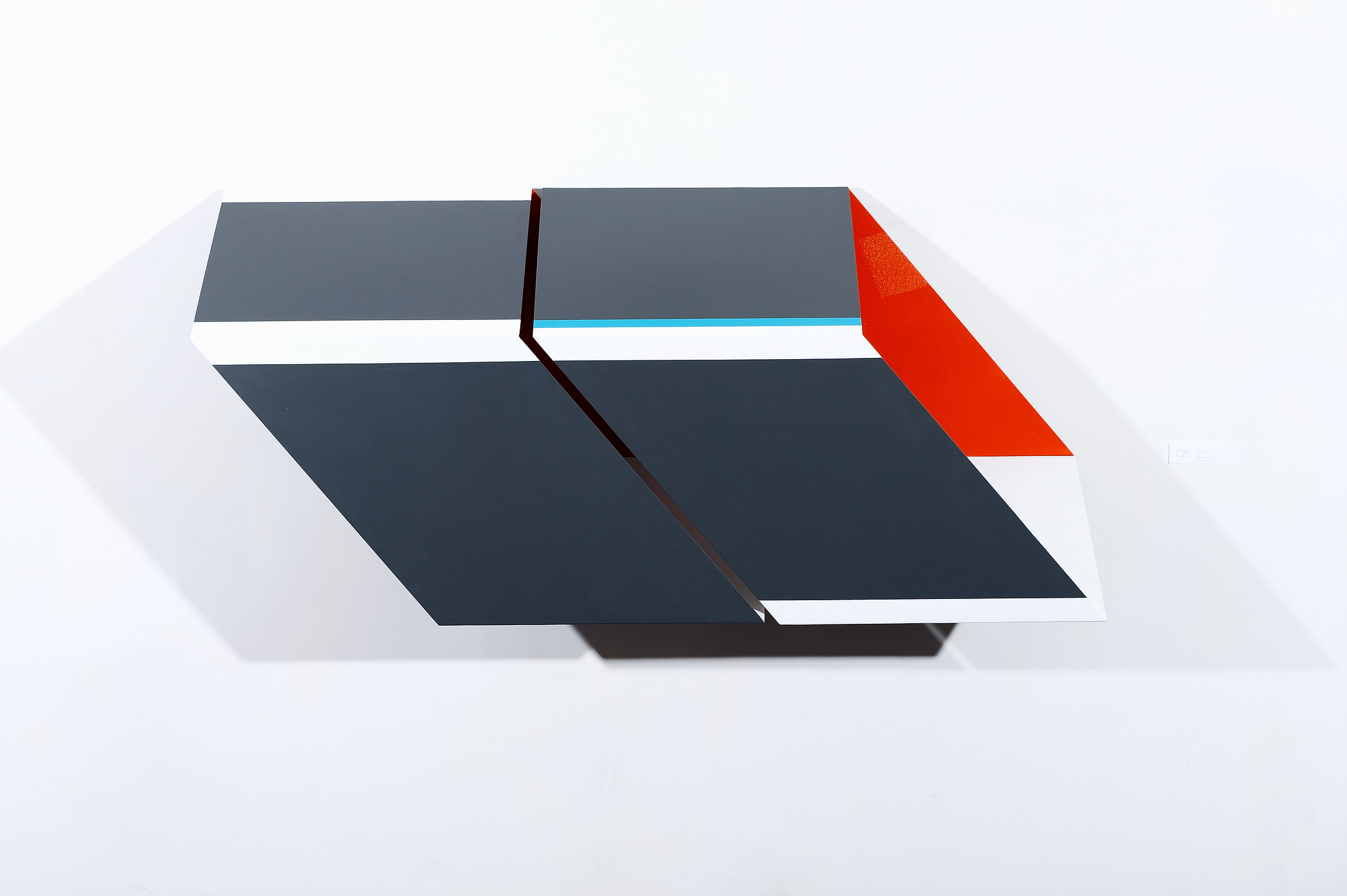 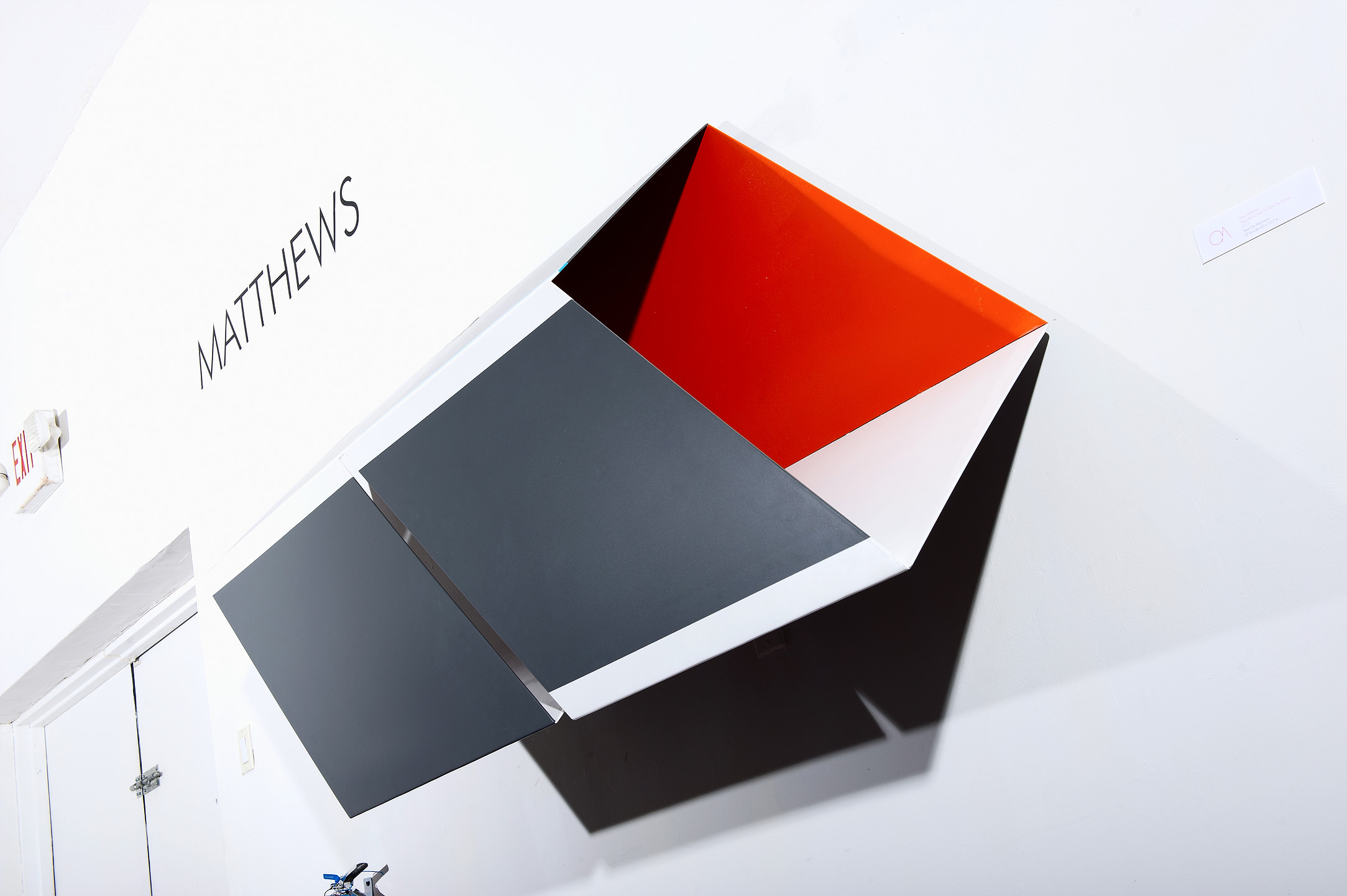 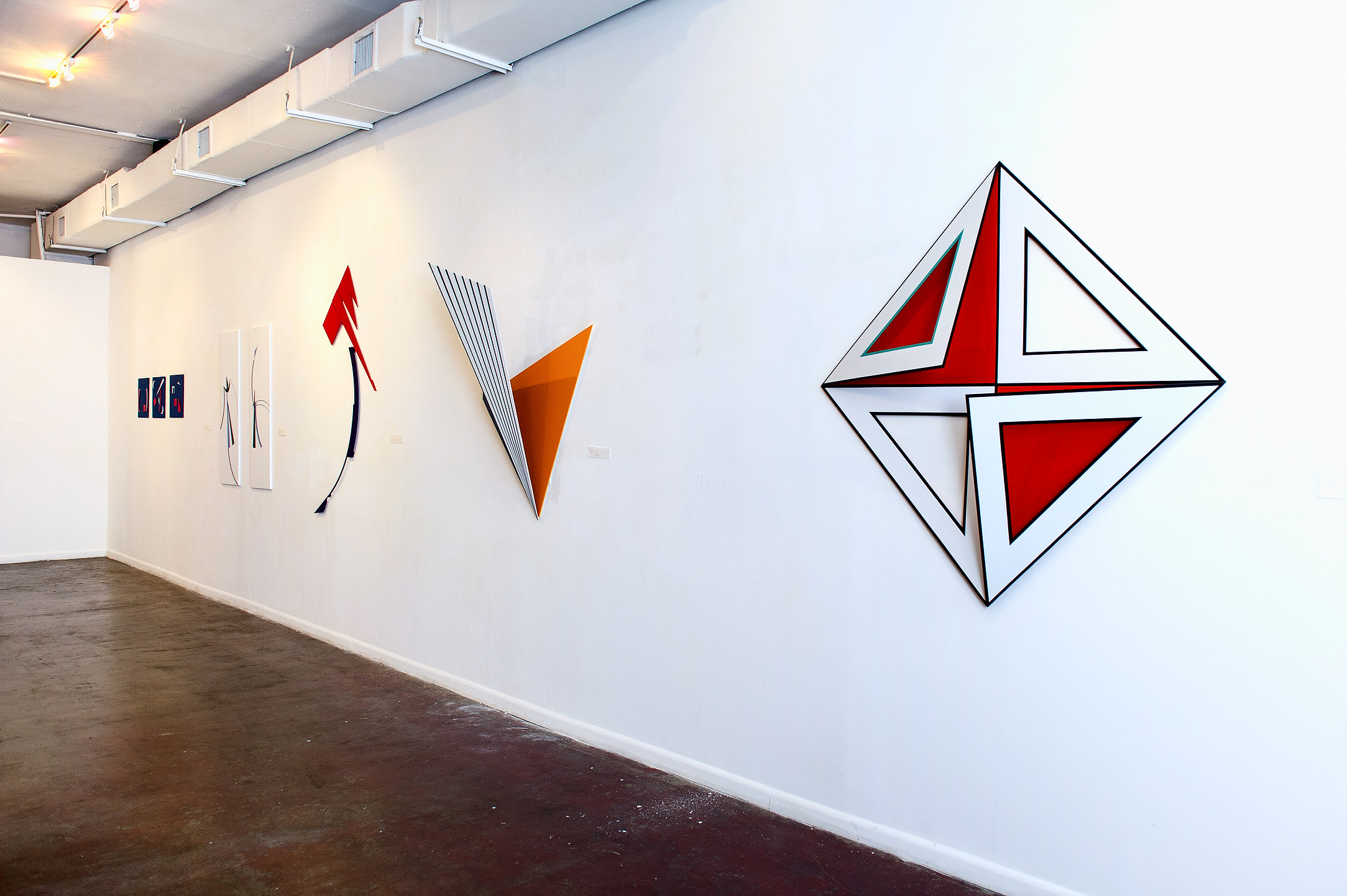 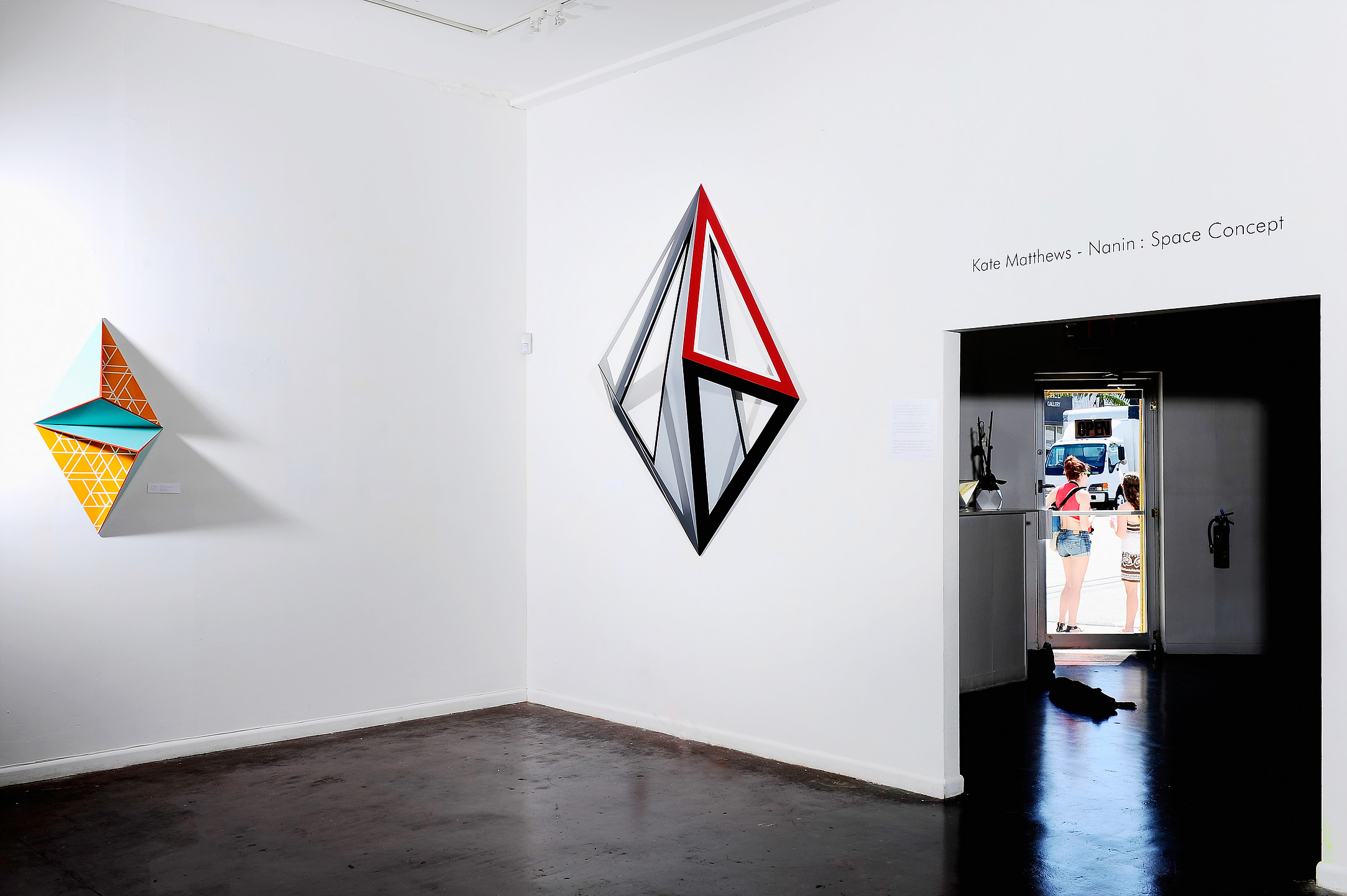 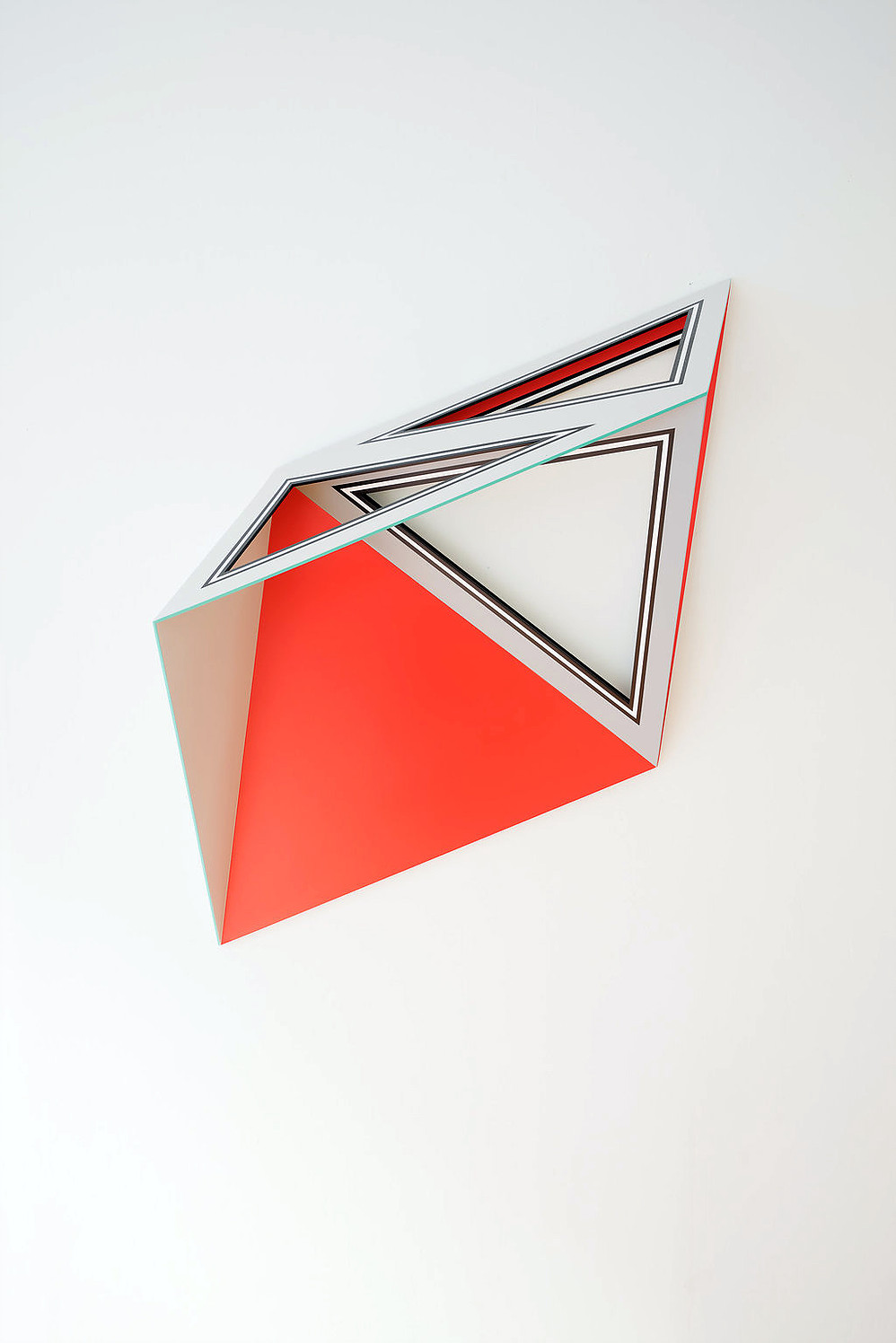 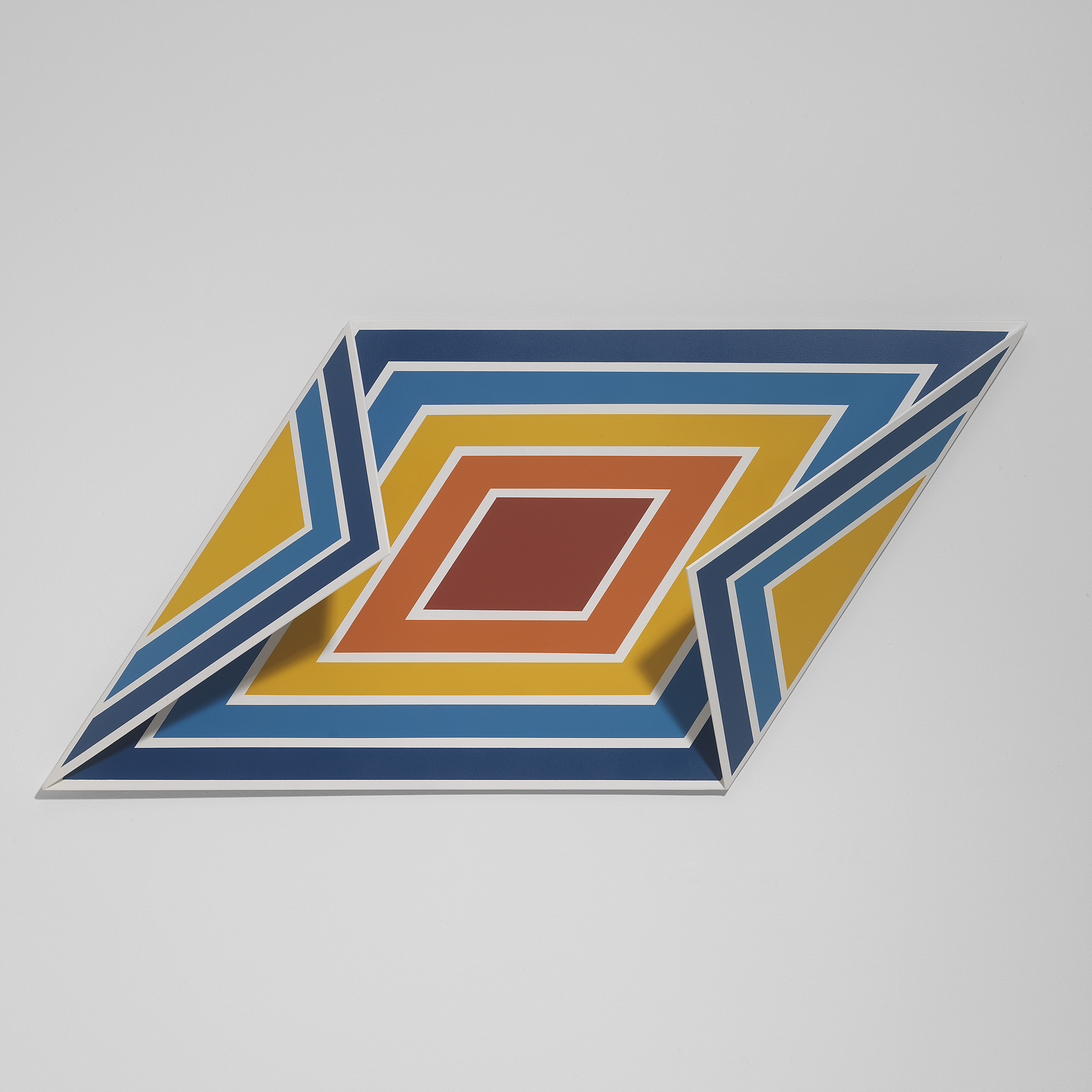 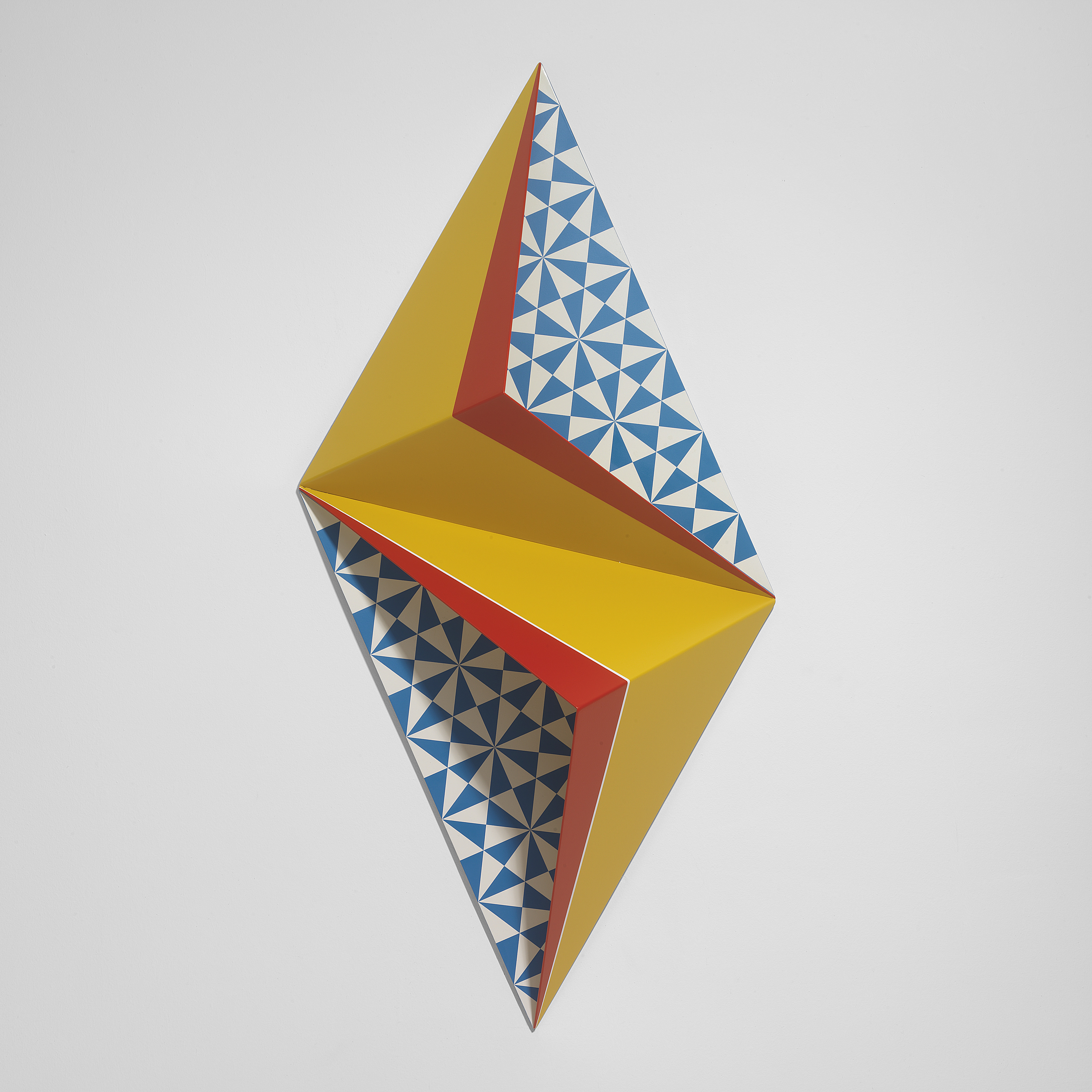 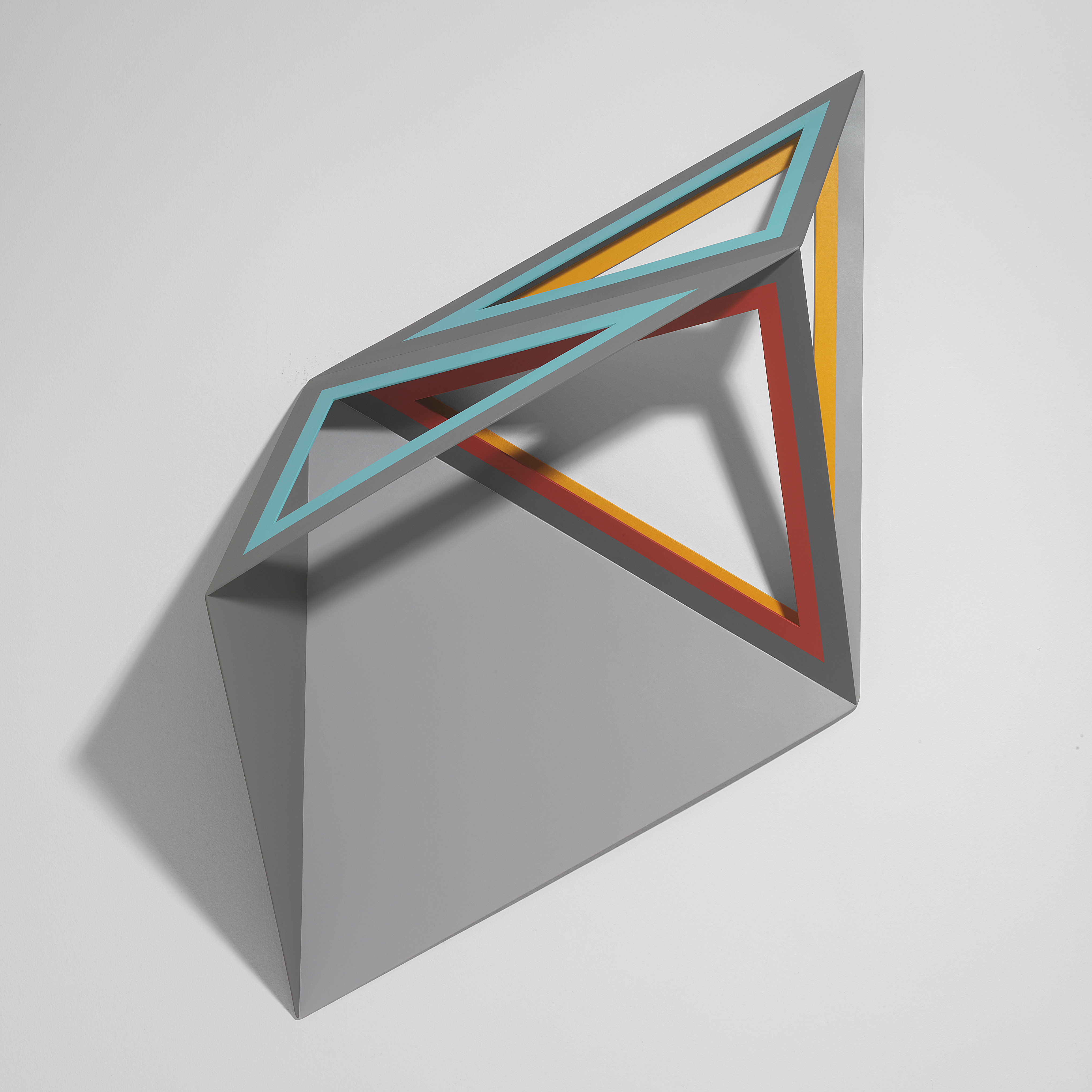 Kate Matthews’ practice explores the limits of geometric and optical abstraction through the use of colour, repetition, sequence and distortion.

Surfaces are created which fold inward and lie on various angles, occupying and enlivening physical space. As the viewer moves around the work, the form, shapes and shadows alter, creating a sense of distortion and surprise.

The three-dimensional nature of her paintings aid in obscuring the rules of fixed, consecutive arrangements, generating a sense of unease by creating broken and fragmented shapes whilst in a uniform composition. An endless battle between systems and disorder, structure and chaos echo throughout her practice.

Kate Matthews gained an MA and First-Class Honours Degree in Art: Theory and Practice from Lancaster University.  Her work has been included in the Celeste Painting Prize and she was named one of the top ten emerging artists in the UK by the Prospects Art Prize.  She has produced work for the Liverpool Biennial, exhibited throughout the UK and been a lead artist in numerous art residencies.

Find out more about the artist: www.katematthewsstudio.com