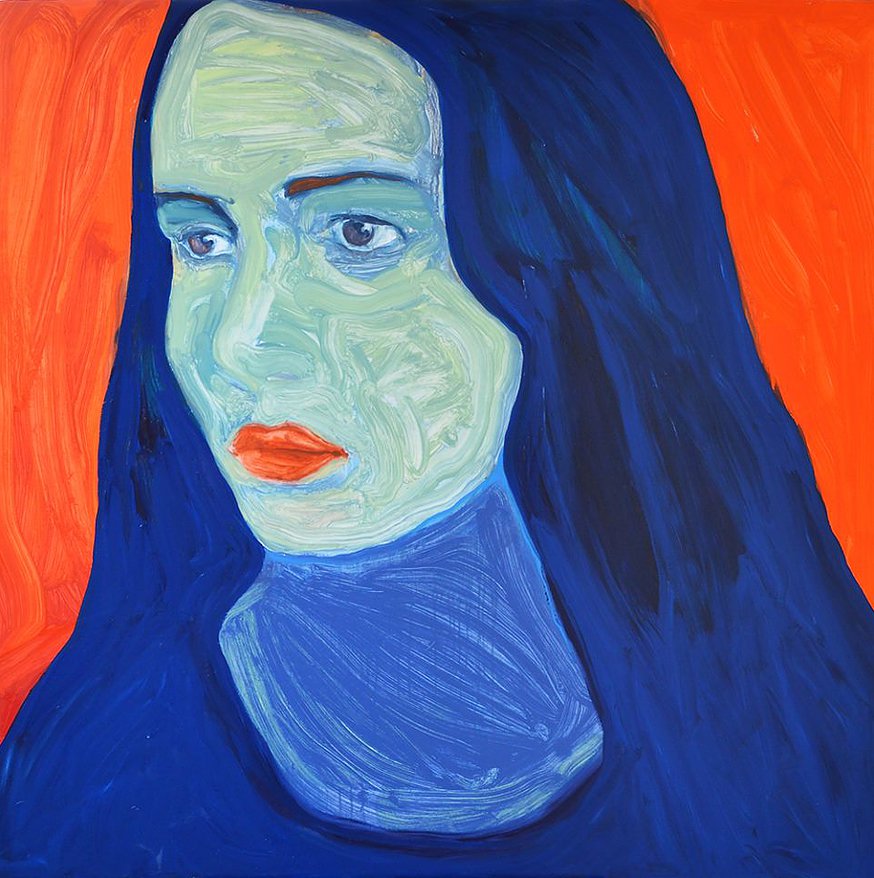 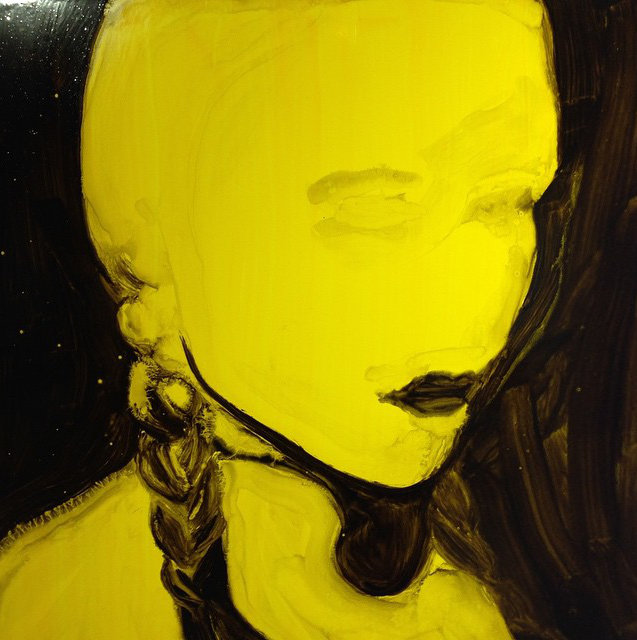 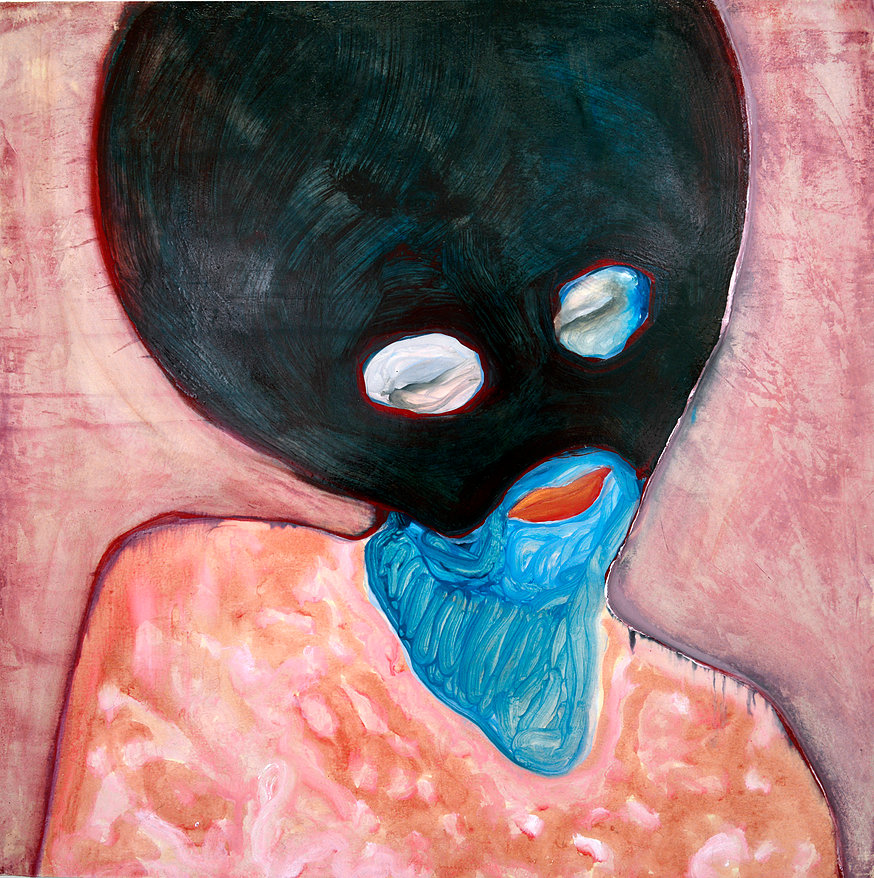 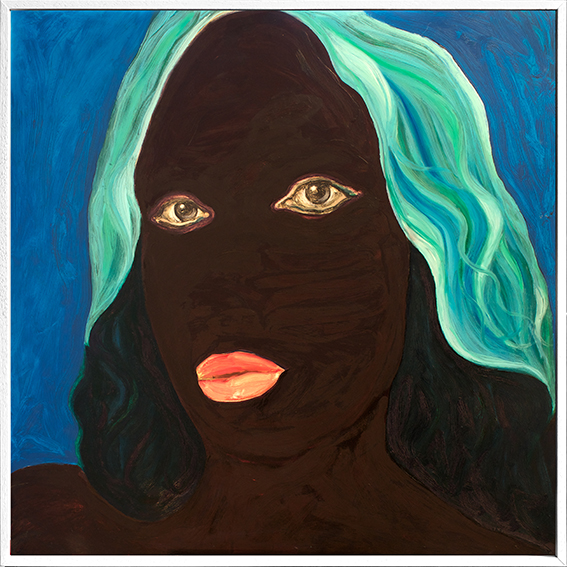 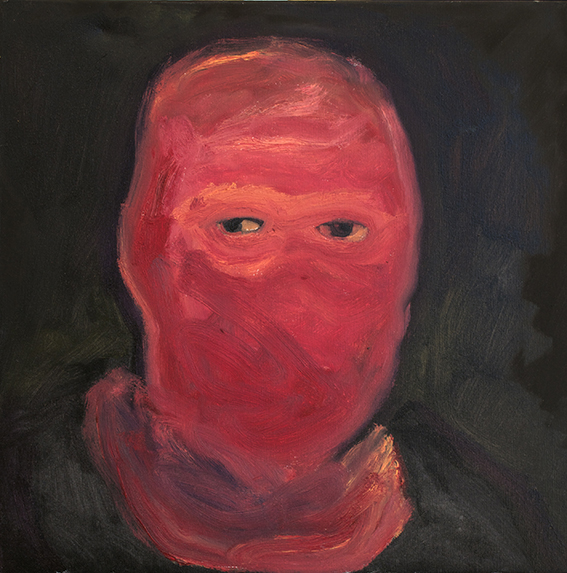 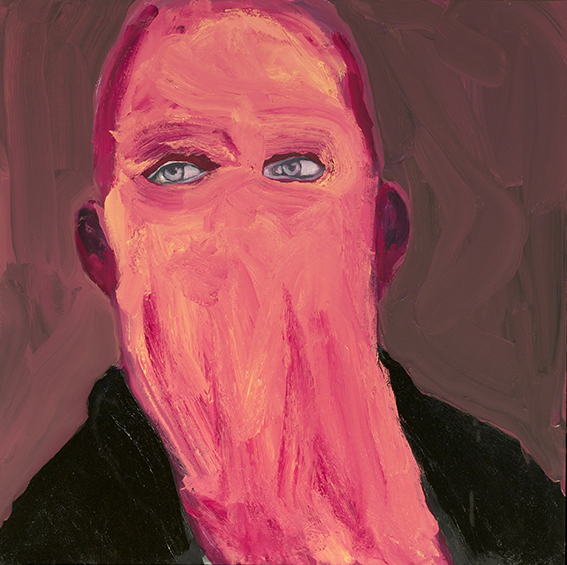 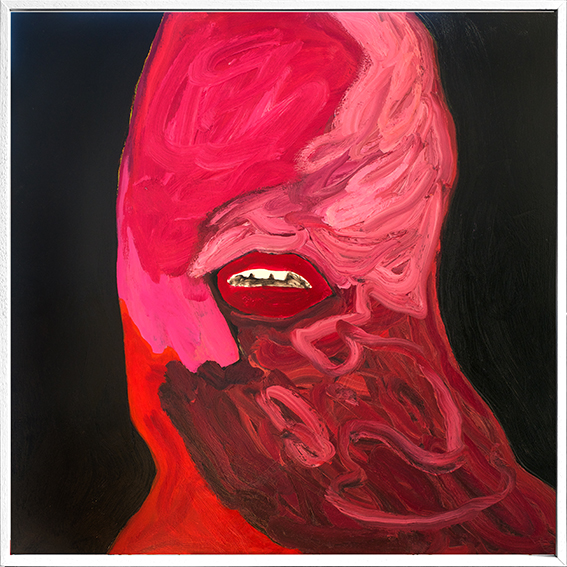 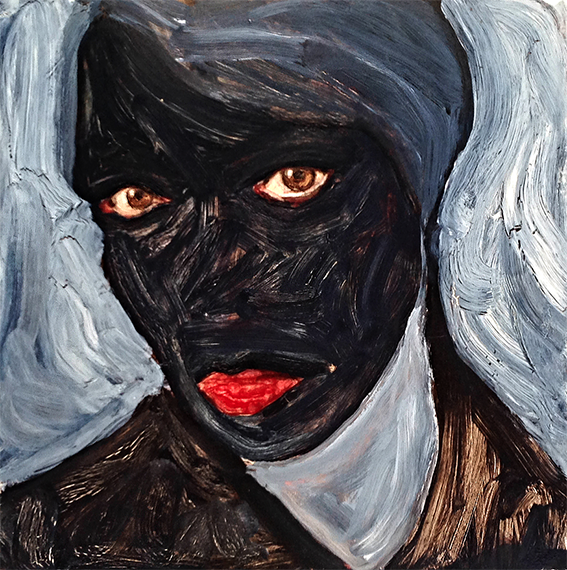 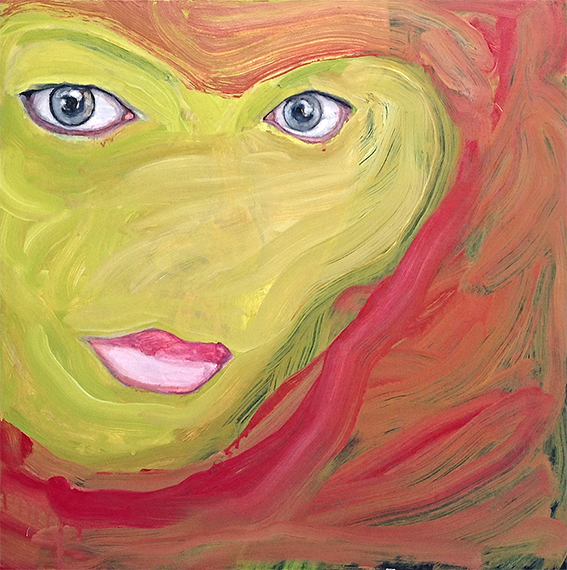 Hedley Roberts makes paintings of lovers, friends, family, acquaintances and strangers using images gathered from social media and in communication with his subjects. Through a process of over-painting the subject is obliterated and re- imagined generating a complex dialectic in the space between the subject and object; paint and image, artist and the portrayed. As portraits, the paintings themselves have a powerful ‘selfie’ agency in their outward gaze to the viewer, the eyes and mouths operating as indexes to an interior life of a mysterious new presence and identity. The characters depicted have a fragility that is overwhelmed by the tension in the paint application and colour, which varies from thin washed layers and lyrical touches to fervid, violent gestures and impasto application of deep colour. For Hedley, the act of painting itself is an integral tool in an attempt to understand the gap between the way we represent ourselves and the way we are perceived; and each painting is the result of a outcome of a private negotiation between self and otherness.

Hedley Roberts is a graduate of Central Saint Martins BA Fine Art and the Royal College of Art MA Fine Art Printmaking, and also has a Doctorate in Fine Art from the University of East London. He has been a Royal College of Art Fine Art Fellow and a Stanley Picker Fellow at Kingston University. He has worked for 20 years in Higher Education and is currently Head of Art & Design at the University of East London. He runs a number of artists Residency projects, including ‘Directional Forces’ which has has taken place in Germany, Serbia, Italy and Greece and involved over 100 artists since 2012. Solo exhibitions include ‘Hedley Roberts’, Wolo Gallery, Kuala Lumpur (2014), and ‘The Lovers’, Herrick Gallery, London (2014). Recent group exhibitions include Pravac Sila, Ozone Belgrade, Serbia (2014); Factual Nonsense, Red Gallery, London (2014) and Sunday in the Park With Ed, Display Gallery, London (2014).   His work has been presented nationally and internationally including at New Art Projects London,  Pulse Miami Art Fair,  International Symposium of Electronic Arts Japan, Superdeluxe Gallery Tokyo Japan, Artoll Germany, Annexe Gallery Malaysia, Nanyang Academy of Fine Art Singapore, Susak Biennual Croatia, Ozone Belgrade, APT London and Herrick Gallery London. His work is in several private collections in the UK, Europe, South East Asia, Australia, USA and Canada.

Hedley Roberts born in Germany in 1972 in a British Forces Services Hospital. He grew up with his Cornish family in East Cornwall and was the first of his family to attend further and higher education. He first went to Plymouth College of Art at the age of fifteen, then Falmouth School of Art, and then to Central Saint Martins BA Fine Art Printmaking & Photomedia studying under David Gluck, Mike Peel, Norman Ackroyd and Helen Chadwick. At Central Saint Martins he won a travel scholarship to study at the School of Visual Art, New York. After graduating from Central Saint Martins in 1996, Hedley studied MA Fine Art Printmaking at the Royal College of Art under Tim Mara, Alf Dunn and Nigel Rolfe. At Royal College of Art he won a scholarship residency at the Cultural Palace of Asilah, Morroco. Following his MA, he was awarded a Stanley Picker Fellowship Artist in Residence at Kingston University in 1997 and then two successive Artist in Residence fellowships at the Royal College of Art in 1998 and 1999.

Between 1996 and 2000 Hedley Roberts lectured in art and design practice at a variety of further and higher education institutions including Central Saint Martins, Camberwell College of Arts, The Royal College of Art, Hertfordshire University, North Oxfordshire College, Lewisham College, Kent Institute of Art and Design and Middlesex University. In 2000 he undertook a full time role as Senior Lecturer at the University of West London on an innovative Digital Arts programme, where he was co-investigator on a AHRC research project to propose a ‘conscious artwork’ with the international artist, James Coupe. In 2005 Hedley Roberts moved to the University of East London, where he is Head of Art and Design. Between 2002 and 2007,  Hedley concentrated on developing art and design learning and teaching practice and policy in higher education, leading to a Teaching Fellowship at the University of East London and Senior Fellowship of the Higher Education Academy. In 2014, he joined the Executive Committee for Higher Education in Art and Design in the UK.

In 2008, after a break in his art practice, Hedley Roberts returned to the studio and began painting, and through this, registered for a Professional Doctorate in Fine Art. In 2012 he completed his Doctorate “Love and Other Stories; Kissing, Inbetweenness and Mutual Give and Take” at the University of East London, supervised by Geoff Brunell and Lee Maelzer, and examined by Peter Suchin, Terry Shave and Tim Allen.

During the period of his Doctorate, Hedley Roberts established Directional Forces, a residency programme that runs annually in Artoll, Germany, a celebrated arts centre located in a psychiatric clinic town near to the birth place of the artist Joseph Beuys. This annual programme places practicing artists into an intense two-week residency in an open studio complex. The artists work, eat and live in the accommodation and are tasked with producing a new body of work during their time there. Directional Forces residencies have also taken place in Belgrade in partnership with Belgrade Academy of Fine Art; during the 2013 Venice Biennale at the Sale Docks; at Florina, Greece in partnership with the University of Western Macedonia; in Istanbul, Turkey; and at Dungeness on the south east coast of England. Directional Forces has worked with over 100 artists since 2012, and has recently been established as a Research Centre at the University of East London.

2012, Professional Doctorate in Fine Art, University of East London. “Love and Other Stories; Kissing, Inbetweenness and Mutual Give and Take”.

Find out more about the artist:  www.hedleyroberts.co.uk