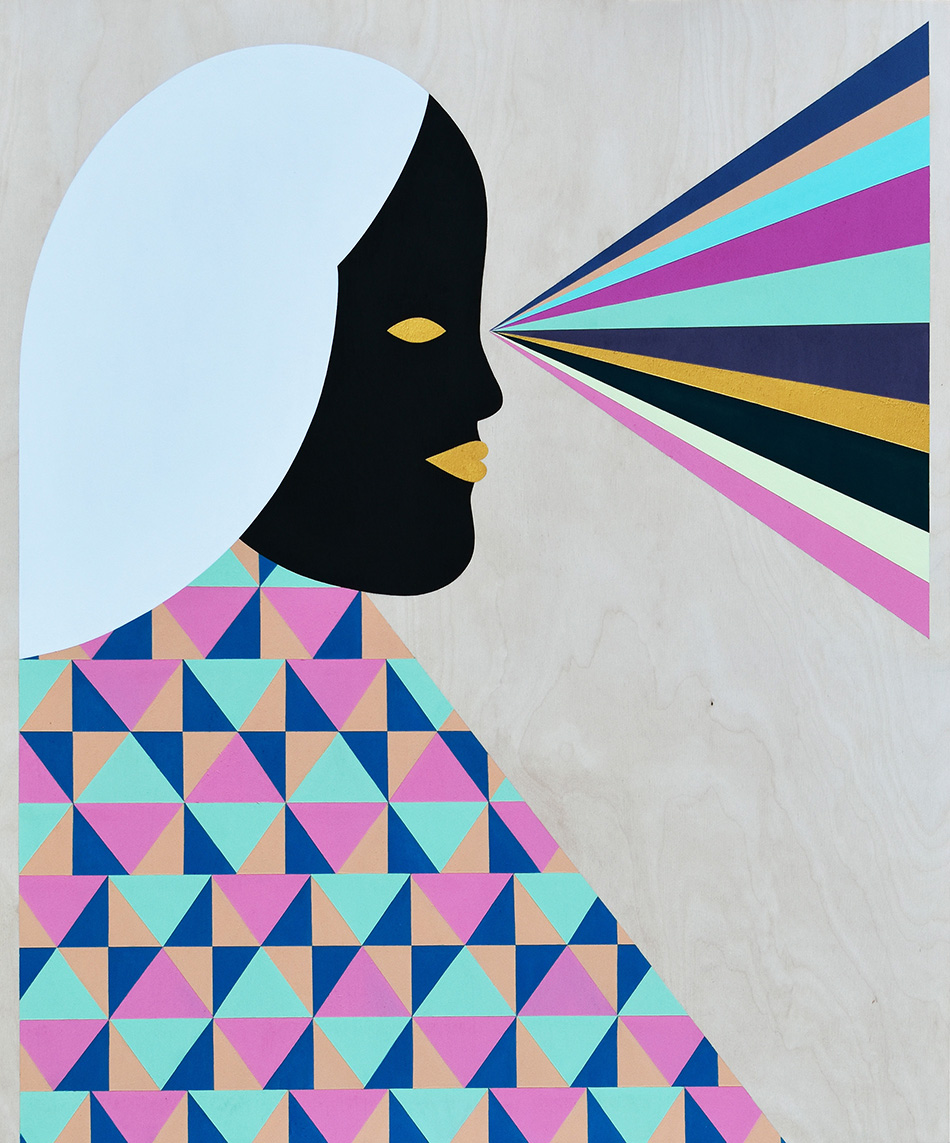 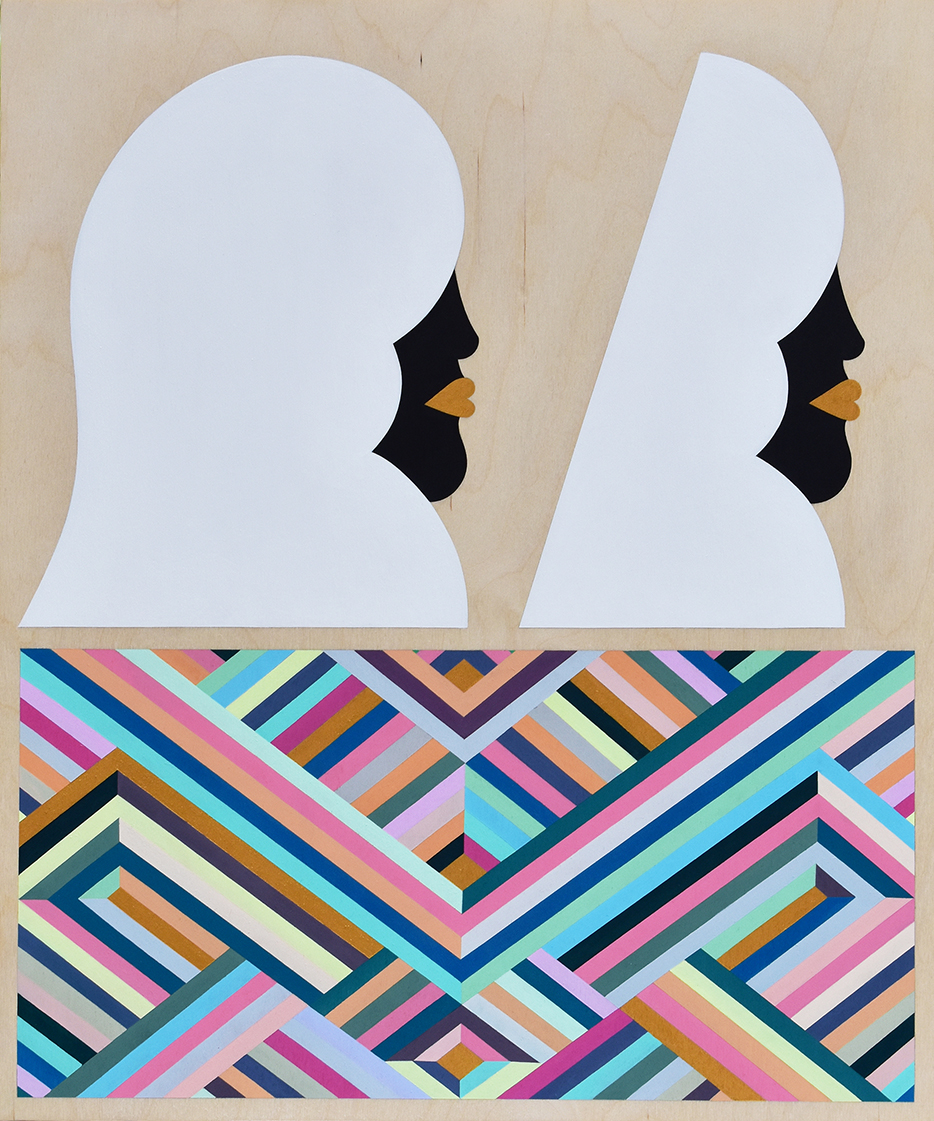 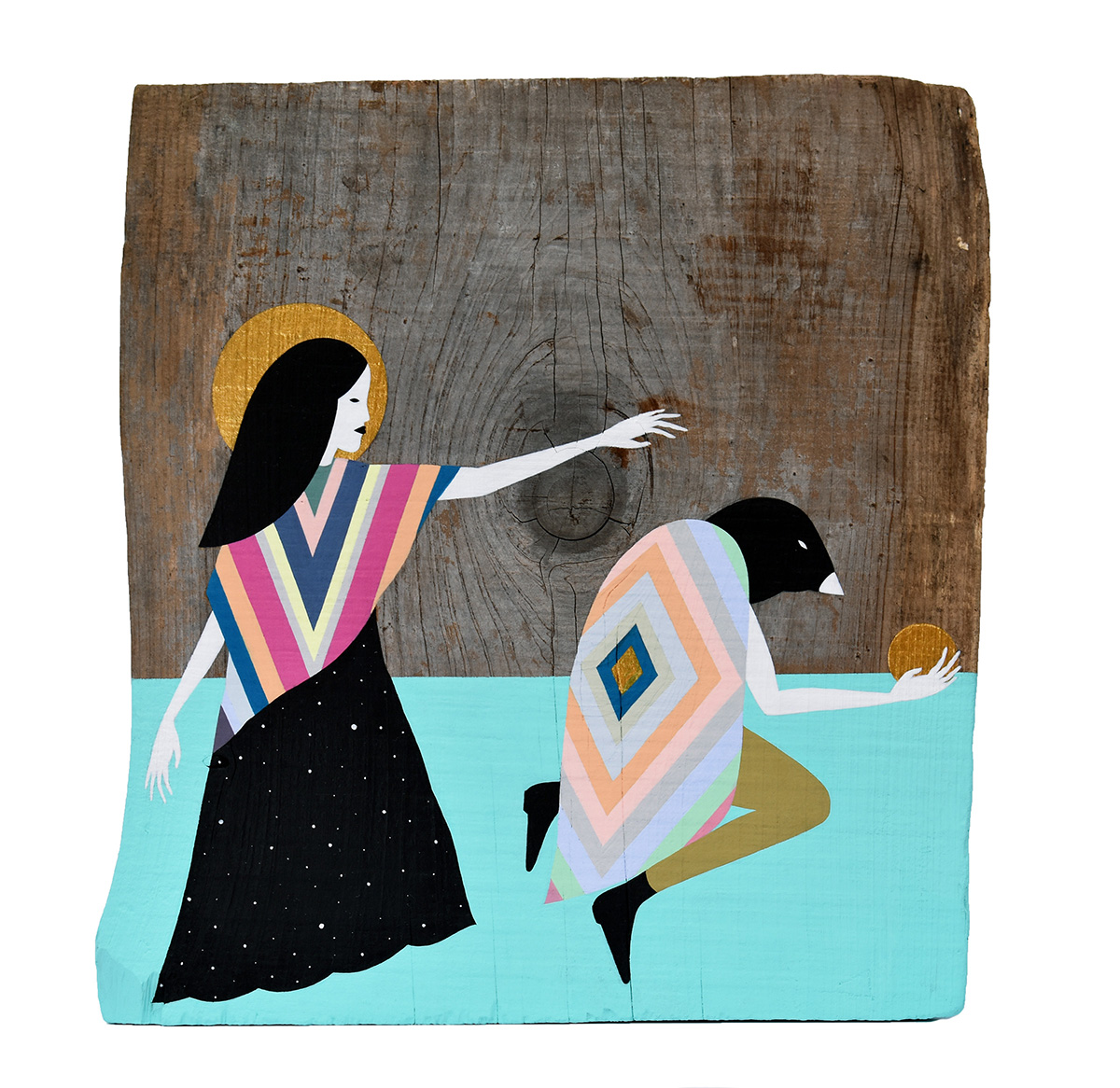 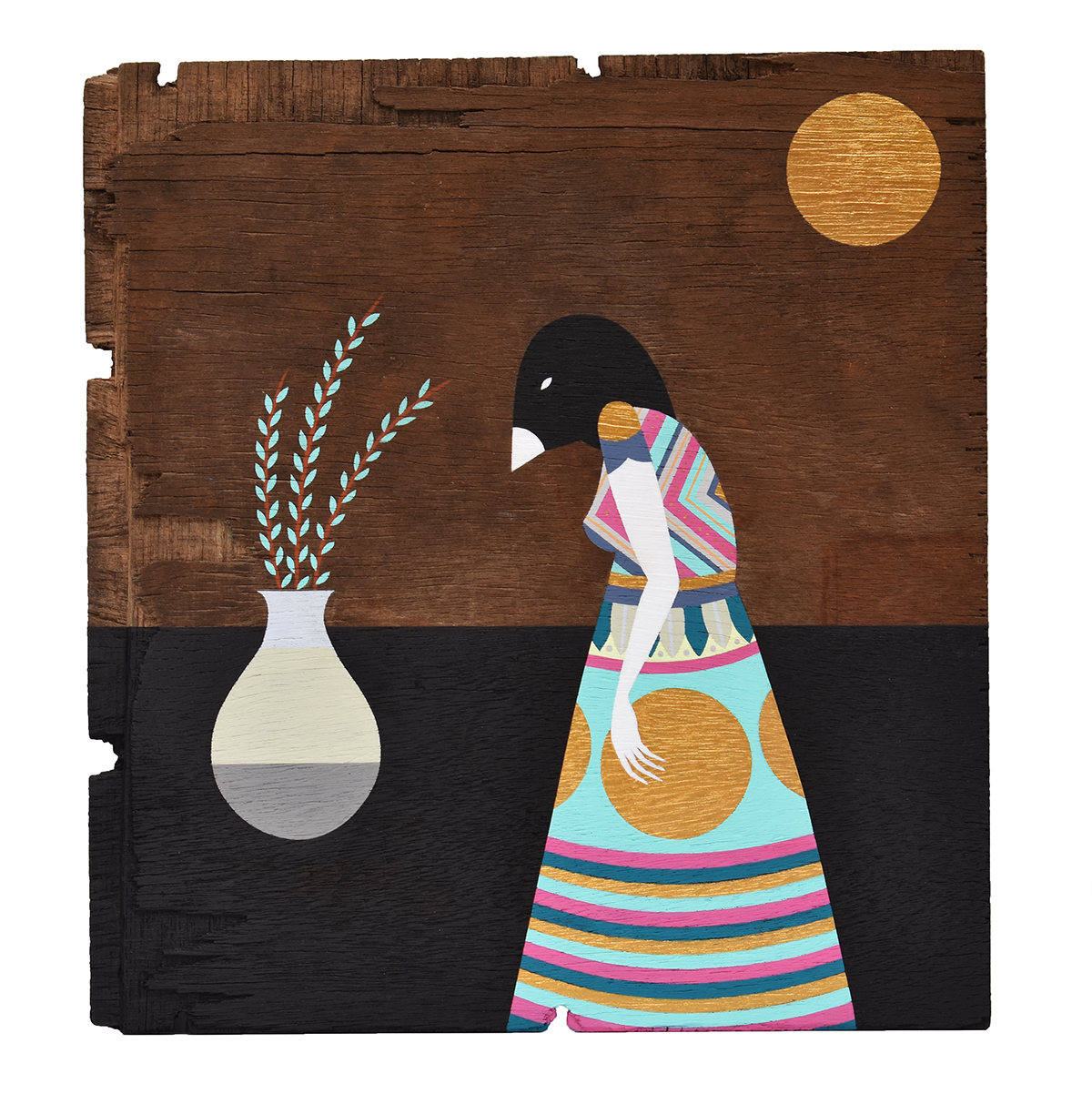 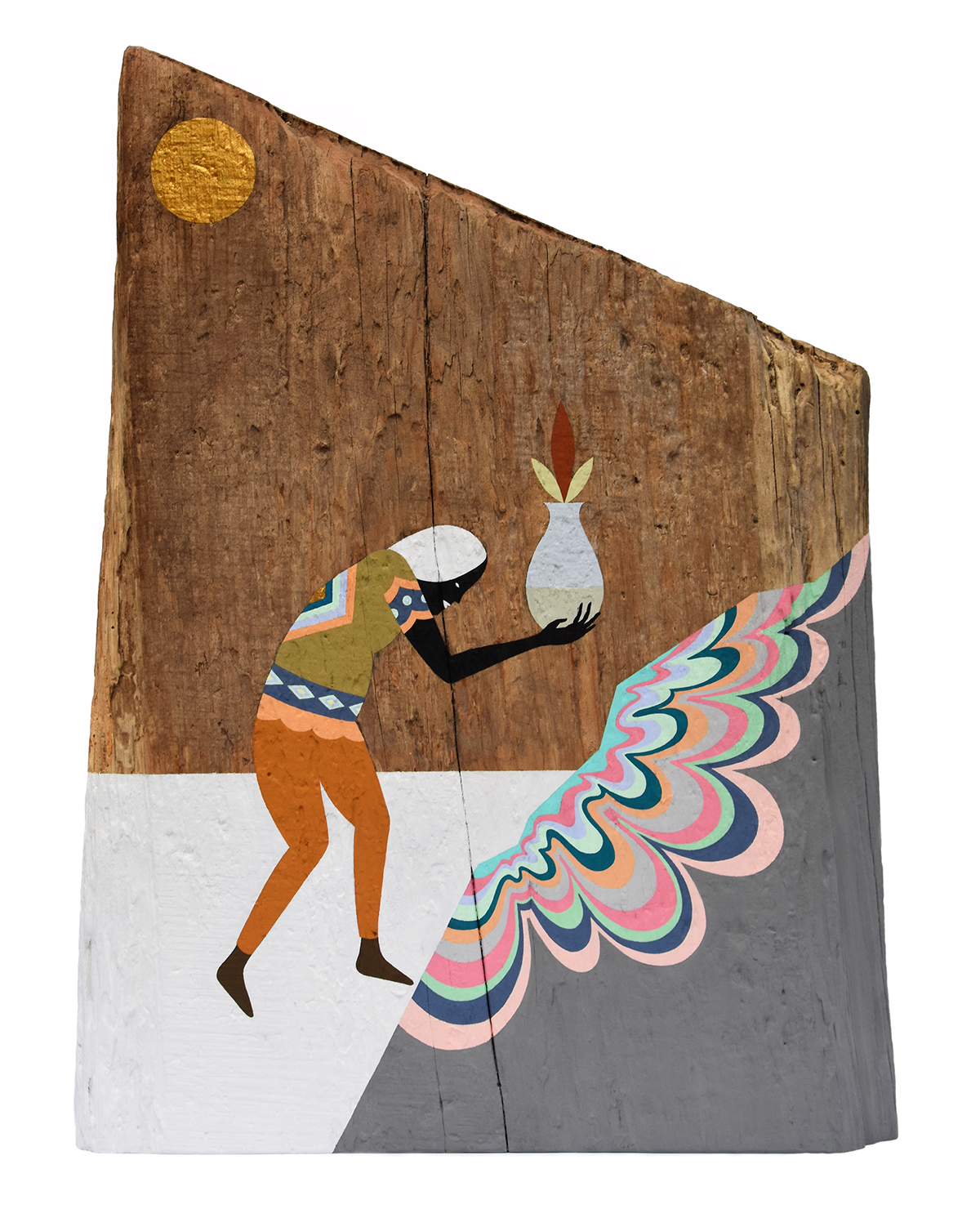 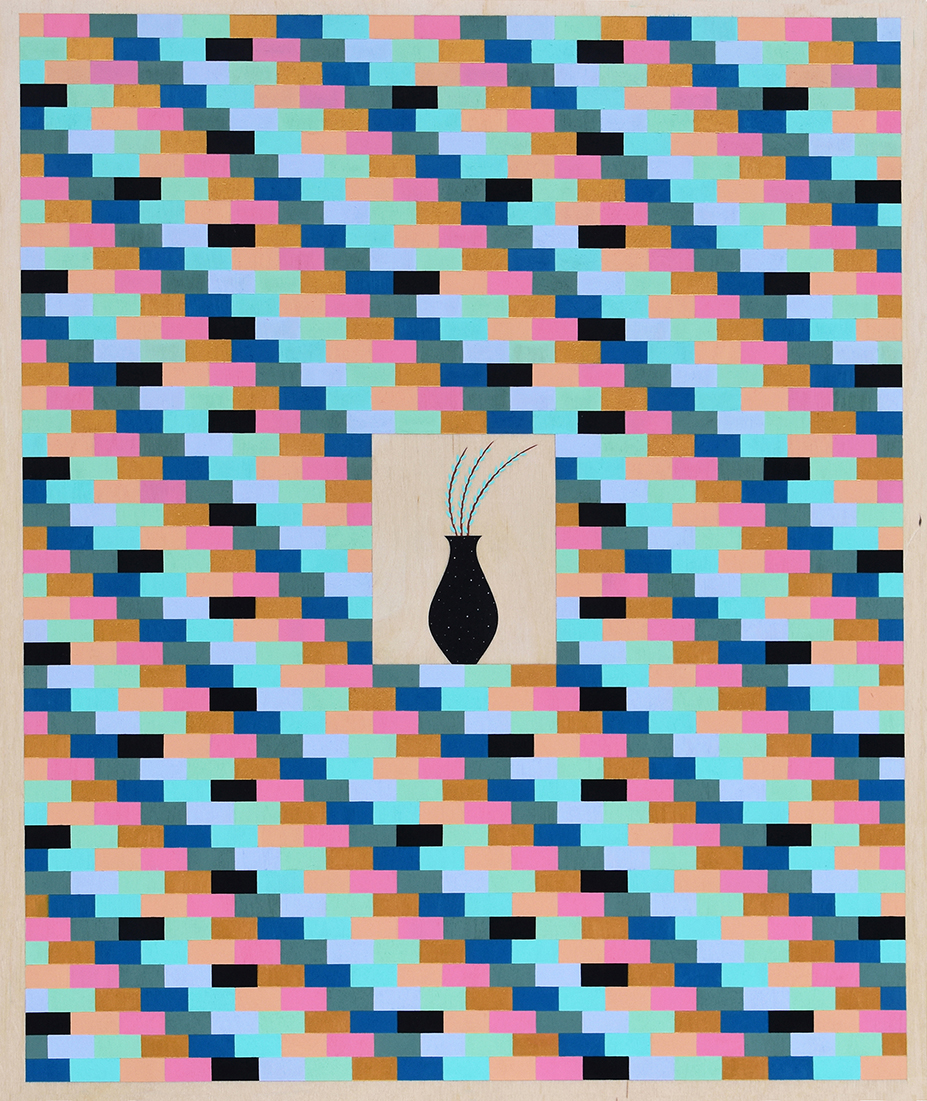 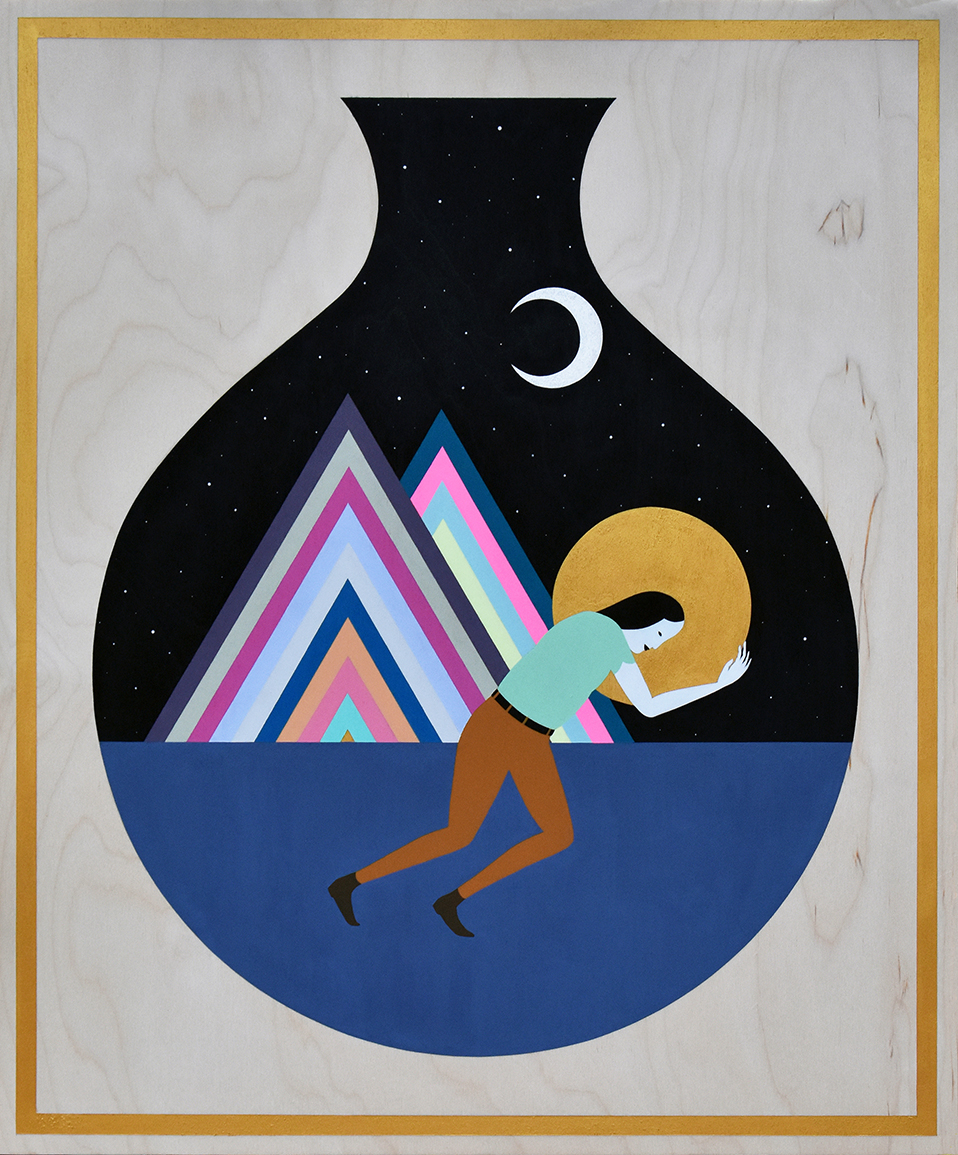 Adrian Landon Brooks (b. 1983) studied painting at the San Francisco Art Institute and currently lives and works in Wimberley, Texas. Brooks works predominately in the mediums of painting and illustration, using found materials such as wood, metal, and old photographs as his canvas. He has exhibited in Houston, Austin, Denver, Chicago, San Francisco, Portland, and Amsterdam. In addition to his gallery work, Brooks has been included in museum exhibitions at The Contemporary Austin and Fort Wayne Museum of Art (FWMOA). Brooks has also been featured in Juxtapoz, VNA, and selected into the upcoming West #126 issue of New American Paintings.

Creating otherworldly backdrops for mystical iconography has long been a driving force in my work. Wormholes, starscapes and portals serve as monuments to something greater than myself. Through the process of making this work, I attempt to share my vision of a higher power and purpose.

The scenes captured in this work show the transition between two different realities using cosmic structures, hands of worship and blank wooden backgrounds. The high contrast between the bare wood and painted imagery creates a surreal environment detached from our current time and place. The slumped-over bodies depict an awkward sense of discomfort and yearning. They are suspended in transitional acts of giving and receiving. The scenes show a before-and-after story not completely revealed to the viewer.

My primary intention is to show universal themes of love, loss and redemption – subjects that transcend race or creed; worlds too far away to resemble any one place; and sacred rituals that could be part of any culture.

On March 3rd, Stephanie Chefas Projects will proudly present the Texas-based artist Adrian Landon Brooks’ “GOLDEN AGE”, a new series of paintings that take on universal themes of love, loss, and redemption through the use of found materials. With his latest work, Brooks continues to explore a stunning iconography that hails from both the mystic and folk tradition. His brilliant use of color and wood is immediately identifiable and brimming with its own visual language – there is no mistaking each piece as coming from anywhere else. The archetypal imagery in “GOLDEN AGE” exudes a spiritual, universal aura of peace and harmony while the title itself makes reference to a time from Greek mythology when man was commonly noble and good.

In Brooks’ own words, “’GOLDEN AGE’ is an expansion of my most recent aesthetic and keeps with the themes of magical folklore and mysticism. Each work offers my interpretation of a time when peace and harmony prevailed. The figures in my paintings share this sense of spiritual abundance and purpose. Wormholes, starscapes and statuesque heads create scenes that are meant to capture sacred traditions and ceremonies that transcend any one culture.”